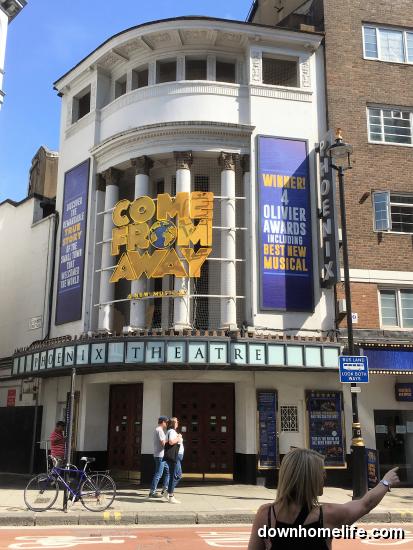 Come From Away in London, England

In your July 2019 issue, you called for readers to share their experience seeing Come From Away in London, England. About 40 Newfoundlanders celebrating the 50th Anniversary of MUN's Harlow Campus attended the show Come From Away at the Phoenix Theatre in London on August 19, 2019, and enjoyed it immensely, even getting on stage after the show! (My wife Theresa and I had previously seen it in Toronto; it is well worth seeing as many times as possible!) Submitted by John Kryski, Cobourg, Ontario, formerly of St. George's, Newfoundland.