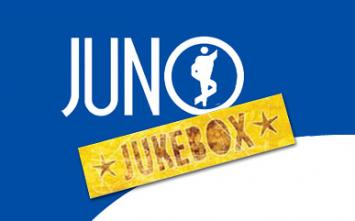 Congratulations to the winners of our 2010 Juno Jukebox giveaway!

Five lucky people are getting a five-pack of CDs by this year's Juno nominees and winners: Blue Rodeo, Michael Buble, Billy Talent, Amelia Curran, and Tegan and Sara.

Special thanks to our friends at Warner Music Canada for supplying the prizes.
MORE ARTICLES
load more