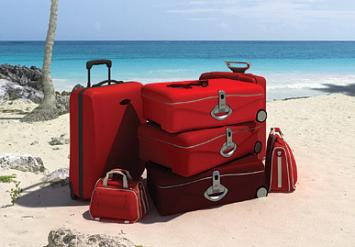 You've picked your destination, you've packed you're bags, so it's ready, set, go...right? Well, maybe not. With winter being one of the most popular times of the year for folks to escape the cold, Canadian weather in search of warmer climates, this is a good time to think about what you need to know before skipping the country to sip pina coladas under the palm trees. In the February issue of Downhome, with the help of the Department of Foreign Affairs International Trade Canada website (www.voyage.gc.ca), we've compiled some handy tips for you to keep in mind if you're planning on doing any international travel in the new year.

The Department of Foreign Affairs International Trade Canada and Consular Services also has some excellent brochures (available for free online) that are essential reading for any Canadian preparing to travel abroad:

Well On your Way: A Canadians Guide to Healthy Travel Abroad
http://www.voyage.gc.ca/publications/pdf/bon_depart-on_your_way-eng.pdf

Here are some website addresses that you should also keep handy when preparing for a trip outside of the country: