Can I Take the Baby Home? 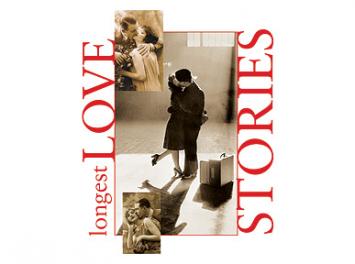 Here, reader Karen Hatch recounts the tale of how her grandparents met and eventually fell in love. In the February 2010 issue of Dowhome, readers share more of their love stories. Also, meet six couples married 50 years or more. Learn how they met and what their secrets are to a long and happy marriage.

Can I Take the Baby Home?
My grandfather, Cyril Hatch, and my grandmother, Clara Hyde, were both from Red Head Cove, Newfoundland. When my pop was four or five years old, he and his mother stopped in to my nan's mother's house on the other side of the Cove to visit and see the new baby - my nan. While Pop was there, he rocked Nan in her cradle. When they were leaving, Pop cried to his mom that he wanted to take the baby home.

Nan told me the story that many years later, a bunch of kids were hanging out at someone's house or an arcade in the Cove and this guy wanted to date Nan that night. Nan actually wanted to date Pop, but Pop dated someone else. Nan told me she was poisoned it worked out that way. Some years later, my nan and pop did start dating and eventually married.

My nan and pop were married for more than 50 years. They cared for each other for all those years. I can't remember Nan and Pop ever arguing, unless they were going to be late for church and then Bingo afterwards. They raised five children together and had 13 grandchildren and 19 great-grandchildren. Nan died in 2001 and Pop died nine months later, not being able to go on without his baby he brought home.