The Wreck of the Nova Scotia 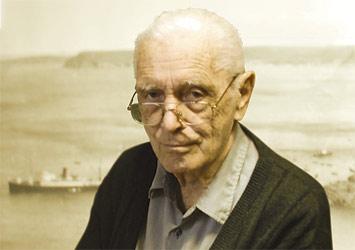 Eighty-nine-year-old Thomas Goodyear of St. John's
In the December 2009 issue of Downhome, we share the incredible story of St. John's-native Thomas Goodyear. The 89-year-old is the last surviving member of the 114-member crew of the ill-fated Merchant Navy ship, the Nova Scotia.

While travelling off the coast of South Africa in 1942, a German submarine blasted the Nova Scotia with three torpedoes, leaving all those onboard stranded in the water. Thomas was one of only 14 crew members to survive the unimaginable ordeal.

And nobody can tell the story quite like he can. So, here is a clip from our recent interview with Thomas.