Christmas Past in Newfoundland 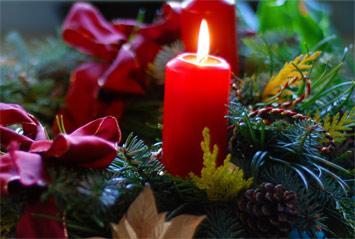 I have very fond memories of Christmas while growing up in St. John's many years ago. As the holiday season approaches, my mind races back to the Christmases I enjoyed in the home where I spent almost 24 years of my life.

About a month or so before Christmas, the former Ayres department store on Water Street in St. John's would open Toyland, something my friends and I waited for in great anticipation. It was so unlike today, when toys are available all year long. That takes away the fun of waiting for such a special treat.

Christmas Eve was special, amid the fun time of decorating the tree. It was a ritual to put up the tree on Christmas Eve and not a day sooner. My brother Alex and I were assigned to decorate the tree while Mom was busy in the kitchen getting things ready for the next day. She had baked the delicious dark fruit cake weeks before.

I always preferred a tall, tapered spruce, and took great pains to make it special. We placed the old-fashioned glass ornaments so that one matched another on the opposite edge of the tree. Then came the time-consuming task of placing the strands of silver tinsel on the tree, one by one. It was well worth it. When the decorating was done, we named it our "special silver creation."

One Christmas Eve, when my brother and I had just begun decorating, a family friend who was celebrating early fell into the tree and knocked it down. One could say he really had the Christmas "spirit!"

Christmas Day brought great expectations. In those days, it was a thrill to receive one or two gifts (unlike today, when the magic of TV has many children asking for everything they see). I usually received a doll and a snow shovel, the latter being a necessity, considering the abundance of snow we had back then.

Before dinner, we turned on the radio to listen to Charles Dickens' novel A Christmas Carol. We were glad the story had a happy ending, with Scrooge reforming into a kind and generous man.

The aroma of turkey and savoury dressing had our mouths watering. These days, turkey doesn't taste the same. I believe it's because of the way they are raised. I still enjoy it, though, as long as I have savoury from Newfoundland.

Later in the day, small gifts were exchanged with a few friends. I remember the white tissue used for wrapping, and the red twine for decoration; it was simple, yet beautiful. Then there were the stockings filled with fruit, nuts and just a little candy. I'm sure a lot of kids wished they were filled only with candy.

A great treat during the Christmas season was visiting neighbours' homes. The people were very hospitable, letting us in their homes to see their Christmas trees. They were kind enough to serve us syrup and fruit cake. I guess this custom has long since passed, because the world has changed; we've lost our faith and trust in humanity.

January 6th was always a sad day, the day the tree came down. It's been said it was bad luck to leave it up any longer. Although the tree stood in a nice area, the atmosphere in that room seemed gloomy in the absence of our special silver creation.

As long as we have love in our hearts and families stick together, we can still have a happy and blessed Christmas.