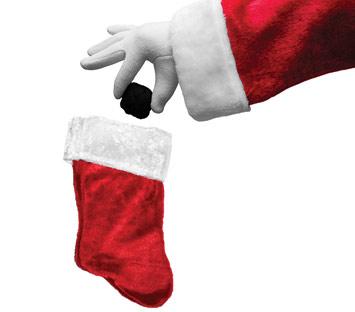 A lump of coal is traditionally the gift Santa brings to those on the naughty list. In the story The Lump of Coal by Daniel Handler, a.k.a. Lemony Snicket, the main character is a piece of barbecue charcoal that walks, talks, thinks and dreams of becoming an artist.

For the 1980 movie Coal Miner's Daughter, actress Sissy Spacek did her own singing as she portrayed Kentucky's country music legend, Loretta Lynn. Spacek won a Best Actress Oscar for the role. Beverly D'Angelo, who also chose to do her own singing as Patsy Cline, was nominated for a Golden Globe.

Coal Harbour in British Columbia, named for a short-lived coal exploration project in 1883, was a copper mining town for about two decades, until 1996. At one point, its open-pit mine was the lowest point on Earth's surface at 350 metres deep. Coal Harbour was also the last whaling station in North America to cease operation (1967).

Until just a few decades ago, canaries were used as poisonous gas detectors in the world's coal mining operations. These little birds were highly sensitive to carbon-monoxide and methane gas poisoning, and would die from exposure before the miners. Canaries were sent into mine shafts and if any were found dead, it was the signal for miners to immediately evacuate. Today the phrase "canary in a coal mine" is an idiom warning of impending danger, or a way to describe someone who carries on despite the risks.

There were three devastating mining accidents at the Springhill site in Cumberland County, Nova Scotia. In February 1891, an underground fire killed 125 miners and injured dozens more. An explosion caused by a derailed underground coal train hitting a power line in November 1956 collapsed parts of the mine and trapped workers - 88 miners were rescued, 39 were killed. The October 1958 "Bump" was an underground earthquake, likely caused by mining activities, that sent three shock waves through the mine. While 100 men were rescued, 74 were killed. The Springhill Bump was the first major news event broadcast live on CBC Television.

Douglas Jewkes, a survivor of the Springhill Bump, went from being a coal miner to corporate spokesman for a major soft drink company, after he told reporters upon being rescued that all he wanted was "a 7-Up."

Both Saint John, New Brunswick and Skinner's Pond, Prince Edward Island, can lay claim to being the childhood home of Stompin' Tom Connors, the creator of "The Coal Boat Song" and many other favourites. Stompin' Tom was born in Saint John, but when his mother could no longer afford to take care of him, he was adopted by the Aylwards in PEI. He lived there until he was 15 and struck out on his own.

While only one per cent of the world's coal resources are found in Canada, coal-burning plants provide electricity to about half of the population in Atlantic Canada. The first coal mine in the country was founded in 1639 in New Brunswick.

The London Smog in December 1952 killed an estimated 4,000 residents of that city and made about 100,000 people ill. It was caused by a deadly combination of events, primarily a period of cold weather that required more coal burning to heat buildings, followed by a blanket of still, warm air that trapped the cold air and the pollutants caused by coal burning, vehicle exhaust and other emitters. Visibility and air quality were so poor, it shut down businesses, schools and even public transit (except the London Underground).