Surviving in the Water 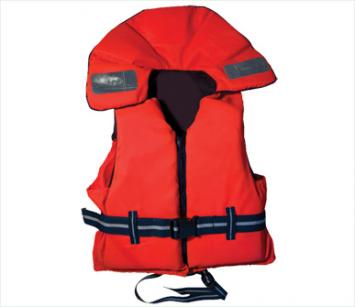 For the past 20 years I've been tasked with the arduous responsibility of completing the annual provincial drowning statistical reviews. And year after year, I am concerned by the high number of drowning victims in Newfoundland and Labrador - and the lack of safety being practiced, which leads to these tragedies.

We continue to witness far too many water-related fatalities in our province. I often wonder why so many of these fatalities happen to good swimmers. In the vast majority of these cases, it is the individual's failure to wear a personal flotation device (PFD) that results in tragedy.

Surviving cold water immersion
Research conducted by Dr. Gordon Giesbrecht (aka Professor Popsicle) at the University of Manitoba has identified key strategies for staying alive in cold water. Once immersed in cold water, your body experiences cold water shock. You will hyperventilate for about one minute before you can regain control of your breathing. It's important to keep your head above water during this period of time. Once you hit the water, you have 10 minutes to either get out of the water or get as much of your body out of the water as possible. Try to climb back on board the vessel. If this is not possible, grab a floating object because your ability to swim will fail within one to two minutes of being submerged in icy water. The rate of heat loss depends on the temperature of the water, the clothing you're wearing, your body size, and how you react while immersed in cold water. Hypothermia generally starts to set in between 30 minutes to one hour. If you're wearing a PFD and assume the HELP (Heat Escape Lessening posture) or "huddle" positions, you will lose less heat from your body. To assume the HELP position, keep your arms folded and close to the chest, and keep your legs crossed and pulled up close to the groin area. If you are with others, assume the huddle position, in which all individuals keep close together and as still as possible (this will keep out the cold water) with legs pressed together.

Lifejackets save lives
This summer we are encouraging all adventurers to create happy summer memories by being prepared with safety in mind. The Canadian Red Cross, leader in drowning research, swimming and water safety, is deeply concerned about the number of drowning and near-drowning incidents this summer and is strongly urging Canadians to make safety a priority. After all, drowning deaths are preventable.

If you're taking part in aquatic activities this summer, the Canadian Red Cross asks you to practise these important safety tips.

• Have everyone try on their lifejacket to see that it still fits and all the zippers and buckles are in good working order. As the captain of the vessel, make sure everyone on board continues to wear it.

• When boating, always wear a lifejacket - even in nice weather, even close to shore. Two hundred people drown every year in Canada. Wearing lifejackets can make the difference and they really do save lives.

• Power boaters need to have their Pleasure Craft Operator Card in order to operate a boat.

• If you're staying near the water at a campsite, cabin or resort, always supervise children. Kids love water and may wander over "just to take a look," or to get that beach ball that's bobbing on the surface. When near water, have them wear their PFDs because things can go wrong so quickly.

• Receiving proper training has been found to reduce the chances of water-related injuries by as much as 40 per cent. So why not get the kids (and even adults) into Red Cross swimming lessons. Sign up for Red Cross First Aid classes or recertify your current skills. And get your Pleasure Craft Operator training if you'll be operating a power boat. Call 1-877-356-3226 to learn more about safety and Red Cross training.