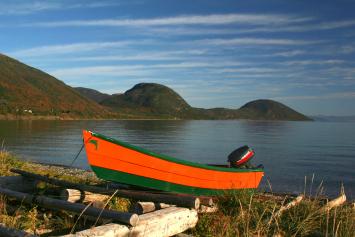 Early Morning at York Harbour. Submitted by Aiden Mahoney.
Some of the province's most beautiful beaches, expansive views, dramatic coastline and verdant hectares are found on the west and southwest coasts. They lure drivers, hikers and boaters to explore and discover this amazing region.

In the June 2009 issue of Downhome, we explore the west and southwest coast of Newfoundland, visiting the Stephenville Theatre Festival, unveiling 10 of the region's spectacular picnic spots, and introducing you to inspirational individuals who either hail from or live in this part of our province.

Click here to view a slideshow of images from some of the most scenic spots in this area.