There's no sugar-coating this 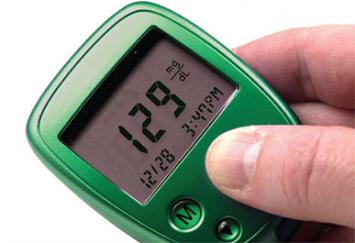 What do physical activity, healthy eating and medication have in common? They are the cornerstones of diabetes management and, if juggled correctly, may offer optimal diabetes control. Diabetes is an epidemic; presently, 7 million people worldwide have the disease. By 2025, medical professionals predict that number will escalate to a whopping 380 million.

The costs of diabetes, both personally and financially, can be devastating. Sufferers experience a reduced quality of life and have an increased likelihood of complications such as stroke, kidney disease, blindness, erectile dysfunction, amputations and heart attacks. The disease also takes a hard hit to the pocketbook: individuals with diabetes can pay anywhere from $1,000 to $15,000 a year for treatment.

The types of diabetes
Diabetes comes in three forms. The least common type is gestational diabetes, a temporary condition that occurs during pregnancy. It affects approximately 3.5 per cent of all pregnancies and involves an increased risk of developing diabetes for both mother and child.

Affecting about 10 per cent of diabetes sufferers, Type 1 diabetes is usually diagnosed during childhood and adolescence. It occurs when the pancreas is unable to produce insulin, a hormone that ensures body energy needs are met. Currently, Newfoundland and Labrador has the third-highest incidence of Type 1 diabetes in the world.

The most common type of diabetes (affecting about 90 per cent of sufferers) is Type 2, which occurs when the pancreas does not produce enough insulin or when the body does not effectively use the insulin that is produced. It usually develops in adulthood, although increasing numbers of children in high-risk populations (people of Aboriginal, Hispanic, Asian, South Asian, or African descent) are also being diagnosed.

There is also a new classification - prediabetes - for individuals who are at risk of developing the disease; their elevated blood sugar levels are not high enough to be called Type 2 diabetes. Individuals with increased blood sugar levels and/or insulin resistance are at increased risk for heart disease and may go on to develop Type 2 diabetes. But prediabetes may be a blessing in disguise, a warning that provides the opportunity to delay or even prevent the onset of Type 2 diabetes - if only these individuals start to eat a healthy diet, exercise regularly and lose weight.

Managing the disease
Controlling blood sugar is important for individuals with all types of diabetes. Certain medications - either insulin or oral hypoglycemic agents (OHA) - can help lower blood sugar levels. For individuals with Type 1 diabetes, insulin is the only medication option; without any insulin, a person with Type 1 diabetes would die. People with Type 2 diabetes may not require any medications, or they may require a combination of OHA and insulin.

It is also necessary for individuals suffering from diabetes to monitor their cholesterol levels and blood pressure readings. As such, many people with diabetes may also need to take lipid-lowering and blood pressure medications to help prevent damage to the heart and blood vessels.

Thanks to glucometers, people with diabetes can obtain an accurate analysis of their blood sugar levels anytime in the day or night. Based on these readings, the treatment plan for diabetes can be altered in accordance with the individual's changing levels. (The healthy range is 4-6 mmol/L.)

It is also important that diabetes sufferers get regular exercise. Research shows that physical activity reduces an individual's risk of developing Type 2 diabetes, in particular, by as much as 58 per cent. Before participating in any form of physical activity, however, people with diabetes should get the go-ahead from their doctor.

Diet is significant to everyone's general health and well-being, but it is especially crucial for individuals with diabetes. Various components in food impact glucose control and the overall health of diabetes sufferers. Foods that are high in protein, for example, can slightly increase blood sugar levels and also impact kidney health in people with diabetes who may also have kidney problems. While fat generally doesn't raise blood sugar levels, foods with high fat content do affect heart health. Since individuals with diabetes are at a higher risk of developing heart disease, the type and amount of fat they eat is important. Fibrous foods help slow down digestion and tend to have lower glycemic index values (the ability of the food to raise a person's blood sugar level). Foods with low glycemic index values have proven beneficial for blood sugar control in some people with diabetes.

Carbohydrates have the greatest effect on blood sugar levels. Once digested, carbohydrates release their sugar content into the bloodstream. However, carbs are found in most of the foods and liquids we consume (including whole grain breads, vegetables, fruits, sugar etc.), so people with diabetes cannot possibly expect to avoid them altogether - nor should they. Carbohydrates also provide many nutrients that everyone's bodies need to stay healthy. As a result of this complex relationship, carbohydrates are the focus of nutrition counselling for diabetes patients. By working with a dietitian, people with diabetes can figure out the portions, timing and carbohydrate food choices that work best for them and their blood sugar control.

There are many factors that have to be considered when someone has diabetes. Your health care team including physicians, nurses, dietitians and pharmacists specializing in diabetes, can help you manage your health successfully. And as this is National Diabetes Awareness Month - and November 14 is World Diabetes Day - it is the perfect time to ask your doctor what you can do about your diabetes.

Lisa Dooley is a Registered Dietitian who has been in practice for more than 15 years. This wife and mother of two has also been living with Type 1 diabetes for the last 38 years.