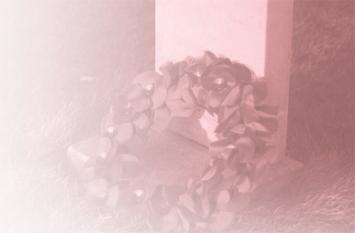 When I was just a little seed
I left my mother's side,
And found myself making new roots
And it is there I will abide.

I have landed in a field
Like none I've seen before,
There are a lot of white crosses here
and as I turn oh... there's one more.

And in between those rows of white
I see flowers of red with black inside,
And not too very far from me
The wind has sent one for a ride.

"My name is Poppy," he said to me,
"And this place is called Flander's Fields.
We are the flower that reminds all people
Of those who gave their lives and were killed."

Hi I beleave that this poem was wrote with all of his heart. We all need to see new things for the ones that lost their lives. And for all the ones fighting for all their own lives.