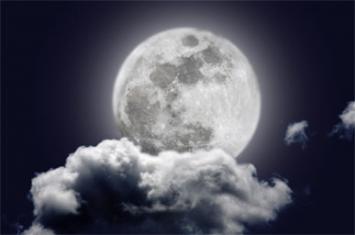 Unusual sightings and hair-raising experiences are common throughout the Atlantic provinces, where legends, folklore and a long, rich history combine to create the perfect setting for stories of strange happenings and unexplained phenomena. Here is a sampling of some of the creepy tales from this region that might just keep you up nights.

This ghostly tale spans three centuries, with reports that reach from Newfoundland to Iceland. According to archaeological data, Vikings inhabited L'Anse aux Meadows, at the northern tip of Newfoundland, for a short time around A.D. 1000. Now the only signs that the Vikings ever inhabited L'Anse aux Meadows are the archaeological remnants they left behind. But spine-tingling reports suggest the spirits of the Vikings have been travelling the seas towards Newfoundland for centuries. In years when these sightings occur, it is always in early June that a ghostly Viking vessel has been reportedly seen sailing by the southwest coast of Iceland. Approximately 20 days later, Newfoundlanders are reported to have seen the eerie vessel and heard its horn blowing late at night off the coast of L'Anse aux Meadows. Could it be that these early inhabitants are returning to claim what they've left behind?

A "banshee" is believed to wander the Dobbin's Garden area and the surrounding marshland on Bell Island. According to Irish folklore, "banshees" are messengers of impending death; folk belief holds that their cries signal that a loved one will soon die. They are reported to appear in two forms, as a beautiful woman dressed in white - or as a frightening old hag. In most accounts, the banshee that inhabits Bell Island is of the latter variety. Local legend holds that men who have gone near the area have mysteriously gone missing for days at a time. When they finally emerge from the marshland, they are completely unaware of the time that has lapsed. In fact, their only memory of the event is of a foul odour and, most often, a deformed old woman forcing them to the ground.

The woods surrounding the Central New Brunswick Woodsmen's Museum in Boiestown, New Brunswick are said to be haunted by the "Dungarvon Whooper," which is believed to be the spirit of a logging-camp cook murdered in the 19th century. Locals and visitors to the area report hearing awful screams and cries coming from the forest where legend holds the young man was buried.

Think you'll be heading to Victoria Street for an evening of trick-or-treating with the kids this Halloween? According to Dale Jarvis, Newfoundland's much-loved storyteller and explorer of the paranormal, Victoria Street in St. John's has the great esteem of being Newfoundland's most haunted street. One of the oldest streets in the city, it is the location of the historic LSPU Hall - the longtime hub of theatre and music in the city. In recent years, a phantom has been spotted at the building, sometimes taking in a show at the theatre. In his book Haunted Shores: True Ghost Stories of Newfoundland and Labrador, Jarvis writes that another, harmless, spirit haunts 23 Victoria Street, and still other, more frightening spirits, have been reported at a house near the corner of Victoria and Bond Streets. At this location, during the winter of 1907-1908, a woman awoke to a horrific scene: a ghostly female figure dragging another female spirit along the floor by her hair.

According to residents of Robert's Arm, Newfoundland, a monster lives in Crescent Lake. Named "Cressie," locals have been sighting the beast - reportedly as long as 40 feet - since the turn of the century. In the early 1980s, a huge hole appeared in the ice covering the lake. With no reasonable explanation for this phenomenon, residents believed that Cressie was the most likely culprit.

In 1786, the crew aboard a burning pirate ship is said to have made a deal with the devil just offshore from West Point Lighthouse, Prince Edward Island to ensure their pirate's treasure would be hidden and never found. The pact came at a high price, however. Legend holds the souls of the crewmembers were then doomed to sail in their burning vessel for eternity. In the two centuries since then, witnesses have reported seeing a burning ship at sea in this location.