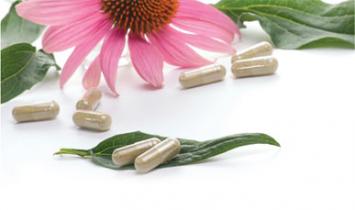 September month means going back to school or work for many people. It also means heading into situations where large groups co-exist in close quarters where germs are easily spread. While hand washing and keeping your workspace clean are important for preventing the spread of germs, there is no substitute for a robust immune system. Here are simple ways to keep your immune system in fighting shape.

� Eat immune-boosting foods. A healthy immune system requires a healthy diet comprised of a variety of foods containing components essential for immunity. Here is a list of components that produce a powerful boost to the immune system, as well as some of the foods that contain them in high quantities.

� Get plenty of sleep. Sleeping not only recharges our minds, but also our immune systems. In a University of Chicago study, sleep-deprived men produced less than half the antibodies as their well-rested counterparts after receiving a flu shot. Getting adequate sleep allows the immune system to conserve the resources it needs to fight off infection.

� Reduce stress. While short-term stressors boost the immune response by preparing our bodies to fight infection, long-term stressors only serve to suppress the immune system by wearing it out. Feelings of stress suppress regular cellular functions while the body prepares to engage in fighting against infection. When stress is prolonged, the immune system remains on constant alert and is weakened over time. If you can't remove the long-term stress in your life, reduce it by exercising, meditating or seeking a professional's advice to help cope.

� Decrease sugar intake. Studies show that sugar dulls the immune response by weakening the ability of white blood cells to attack bacteria and fight infection. So the next time you're fighting a nasty cold or flu, point the finger at the pop you've been drinking; a single can of cola typically contains more than 10 teaspoons of sugar.

� Exercise regularly. The increase in heart rate that occurs during moderate physical activity increases the speed of white blood cells circulating throughout the body, readying them for fighting illness. Exercising can also help to reduce emotional stress, which (when prolonged) impacts the immune system negatively.

� Don't overuse antibiotics. Although antibiotics like azithromycin can be lifesavers, they should only be taken when absolutely necessary. These drugs don't distinguish between good (probiotic) and bad bacteria, killing both in the process. Probiotic bacteria are found in the intestines and not only strengthen our immune systems, but also help with digestion of food and reducing inflammation. Overusing antibiotics can dangerously lead to antibiotic resistance, whereby bacteria have strengthened or mutated in such a way that neither antibiotics nor the body's immune system can successfully fight it.

� Consider herbal supplements. Certain natural supplements, such as echinacea, have long been touted for their immune-boosting abilities. They don't work by killing off bacteria and fighting infection themselves; instead, experts say, they strengthen the functioning of the body's own cells, making us better equipped to fight illness on our own.