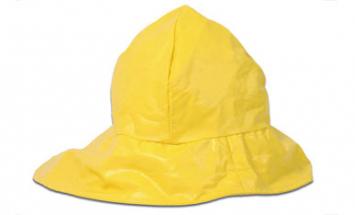 "I'm a Torontonian, not a Newfoundlander." This is a statement I've used more than once recently. It's something I throw down when the topic of Newfoundland comes up, and I use it to simply clarify the fact that I was born in Toronto - but I think I've also been using it as a defense against people thinking I am a Newfoundlander. That has made me wonder why I would need to tell people I'm not a Newfoundlander.

The topic of Newfoundland pops up in my conversations lately because my parents have returned to the Bay of Islands area of the province. Some people have told me I am, in fact, a Newfoundlander since my parents are both originally from there. I can't argue that I have Newfoundland blood, but I was born in Toronto and raised in Ontario (although, for full disclosure, we lived in Toronto only for the first four years of my life, then we moved to Newfoundland where I attended Kindergarten, Grade 1 and 2, only to return to Ontario where I've been ever since).

I am very happy and proud that my parents wanted to return to their native land, but I tell people I am not a Newfoundlander perhaps with more than just a touch of embarrassment. I would like to say my three years of living in Newfoundland and then returning to Ontario are the source of these feelings, but I don't recall any terribly traumatic incidents from my childhood relating to being labelled a "Newfie." And growing up I never felt uncomfortable with my parents in the eyes of other people. Certainly no one ever accused them of being "right off the boat." (I had many embarrassing times thanks to my parents, but these were normal parent-child rites of passage that everyone goes through.) Also, my relatives are an agreeable amalgam of born-on-the-island Newfoundlanders or Islanders once-removed. Even the few non-related Newfoundlanders I've met over the years have been nice, stereotypical salt-of-the-earth people. So why do I insist on people knowing I was born a Torontonian?

Perhaps it is the "good Newfie" stereotype that is the problem. Although it may be positive and commonly shared by many who know Newfoundlanders, it is still a stereotype - and who likes a stereotype? Would someone with a Greek background be happy with a comment about hard-working Greeks? Is my stand any different than that taken by those raised by Dutch parents or French-Canadian parents or any of the other subtly different ethnic backgrounds you can grow up with in our country? I remember from my youth the strong desire for all kids to fit in, and hiding or rejecting what your parents are is part of that. But we eventually outgrow this and embrace our heritage. Like prodigal sons and daughters, we proudly return home, at least in our hearts and minds. As the saying goes, you know you are an adult when you realize your parents aren't as weird as you remember them being from your younger days. I am proud my parents are "Newfies," but I still feel I am personally "Newfie"-shy.

I guess I just don't like to be labelled and singled out, even in a positive way. I can be a proud Canadian, as long as I am surrounded by other Canadians. It's harder to be proud standing on your own (the exception being when we travel outside North America where we all say, "We're not Americans, we're Canadians," but this is pride by disassociation).

Since my mom and dad have returned home, my interest in all things Newfoundland has grown, and I love sharing it with my girlfriend. For Christmas and my birthday, I asked my parents to send me books, videos, calendars, T-shirts or any other touristy-type stuff from Newfoundland. My sister finds this odd because I don't plan to go there anytime soon.

You should be happy you have nfld parents, what are you afraid of?? You could have been born into a very poor family then you would have something to complain about. get over YOURSELF. MARIE

Maybe you should start your new way of thinking by never using the word "NEWFIE" again. Refer to your parents and all family from Newfoundland and Labrador as Newfoundlanders.This is a lot more respectful than refering to them as Newfies. Also, you are correct in refering to yourself as a Torontian because that is where you were born,My children were born in Labrador and I always say they are Labradorians not Newfoundlanders especially since they were born a long time before the official name of the province became Newfoundland and Labrador. I am very proud of being a Newfoundlander as I am sure you are of being a Torontian.