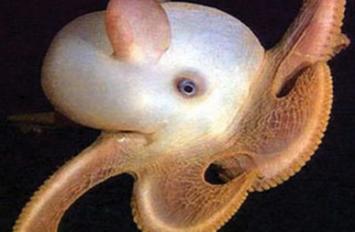 • A group of scientists have made a hot discovery, literally. Life forms existing 1.6 km beneath the North Atlantic Ocean seafloor (the deepest living cells found to date) are thriving in temperatures ranging from 60 to 100 degrees Celsius. Even more interesting, scientists say these underwater organisms - which thrive despite lack of light and oxygen - could one day lead to the discovery of life surviving similarly beneath the surfaces of other planets.

• There are thousands of active volcanoes located on the ocean's floor - but none quite as deep as the ones discovered recently below the ice-covered seafloor of the Arctic Ocean. A research team found rough shards of rock scattered over five square miles - evidence of volcanic eruptions - 4,000 metres below arctic pack ice along the Gakkel Ridge, which stretches from northern Greenland to Siberia. This discovery defied long-held assumptions that such eruptions could not occur at such great ocean depths, due to the immense weight and pressure of the seawater.

• An underwater cure for cancer? Maybe, say experts at the Scripps Institution of Oceanography in San Diego, California. Scientists have been studying Salininspora tropica, a bacterium found in muddy ocean sediments off the Bahamas, since 1991. The bacterium is believed to produce natural antibiotics and anti-cancer compounds. Human clinical trials recently began to determine the bacteria's success in treating a variety of cancers (including lung, pancreatic and bone-marrow).

• Experts don't need a magnifying glass to study some of the creatures of the deep in the waters of Antarctica; the naked eye will often suffice. Gigantism, a condition where organisms grow to unusually large sizes, is common in the waters of this region. After a recent stint exploring the deep waters of Antarctica, scientists reported sea spiders the size of dinner plates, as well as abnormally large worms and crustaceans. Although the condition is not well understood, one theory states that the organisms' larger size is due to an adaptation for scarcer food sources, which delays sexual maturity and results in greater size.

• The waters around Atlantic Canada have been home to some rare lobsters that, when caught, are a real shock to the fishermen who always figured "if you've seen one, you've seen 'em all." For instance, in June a seasoned fisherman caught a lobster off Morell, Prince Edward Island, that had not two, not three - but four claws! The mutant crustacean was nicknamed "Mothra," after the Japanese movie monster. Another rarity that surfaces in fishermen's catches throughout Atlantic Canada from time to time are lobsters that are two-toned. As if a multi-coloured lobster isn't weird enough, many of them are also hermaphrodites, bearing female genital organs on one side and male genital organs on the other.

• Some areas of the seafloor may more closely resemble the rooftop of your house than a deep-sea environment, with chimney-like structures spewing smoky substances into the surrounding water. Called "black smokers," these structures form naturally over hydrothermal vents - cracks in the seafloor that emit jets of extremely hot, acidic water (up to 400°C), laden with minerals, bacteria and toxic chemicals. Sounds rather inhospitable, doesn't it? Actually, the area surrounding a black smoker is usually teeming with bizarre life forms (think shrimp without eyes, giant tube worms and miniature lobsters) that, ironically, cannot survive elsewhere.

• During a 2006 expedition to document life on seamounts in the Coral Sea, researchers discovered what is considered to be a "living fossil." Named the "Jurassic Shrimp," the creature was previously only known from fossil records and was thought to have become extinct about 50 million years ago.

• In 2000, oceanographer Robert Ballard (discoverer of the Titanic wreck) went to the bottom of the Black Sea in search of evidence to prove the Noah and the Ark story really happened. Convinced the area was flooded in 5,500 BC, Ballard hoped to find proof that humans once lived upon what is now that sea's floor. He was encouraged by what he found: the remains of a house, stone tools and ceramic vessels.

is it rare to find these in atlantic