Flash Back to the Past 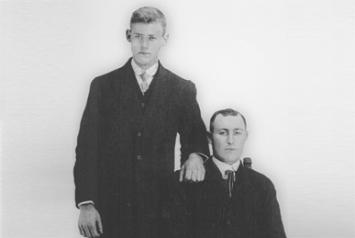 In this photograph stands Henry John Blackwood, originally from Port Nelson in Bonavista Bay, Newfoundland, and a gentleman (sitting) whom the Blackwood family has longed to identify.

Do you recognize the man sitting in this photo? If so, please let us know by leaving a comment in the box provided, below right.

The other man is James Wicks of Wesleyville