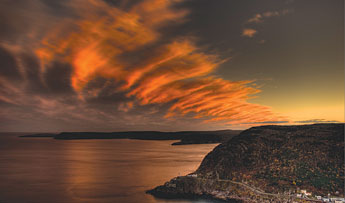 In the March issue, Downhome talks with photographer Stephen Lundrigan who is most inspired by the scenery in Newfoundland, which he feels is unmatched by any other place in the world. To see more of his great photography, visit www.stephenlundrigan.com.