There's Sale For The Gear Of The Swile 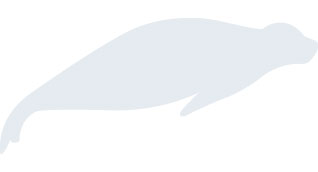 The harvest was over and the white coats, like him
Were plenty, and none being used
When old Andrew tuned in, one late afternoon,
To Karl on the CBC news

He bawled out to Mazzie at the top of his lungs,
Hark what they're saying my child
Pack up me old clothes bag, I'm off to the hunt
There's sale for the gear of the swile

There's markets in Asia, I heard on the news
For all of the things you can send
(Mazzie just grinned and muttered aloud,
They should send all the gear from you men)

I remember last fall when you fell off the wharf
And you looked like a soaking wet rat
Now if the cold water does the same to the swile
Who would pay out good money for that?

Andrew was left with nar word to his face
His happy smile turned to a frown
Said Mazzie, if the swile's gear's as shrunk up as yours
They'd better pay by the each, not the pound

Don't count your chickens before they are hatched
Just remember the time you got drenched
Cause if the old swile's as shrivelled as you, me son,
You'll starve if they pay by the inch