“This little male pony is one of the friendliest I have ever seen,” says proud owner Terry Crocker, 63, of Harbour Grace. “He is actually only 13 days old today, and we named him “Herb’s Knight” in honour of a local gentleman, Herb Bray, who was a tremendous lifelong supporter of the Newfoundland Pony. 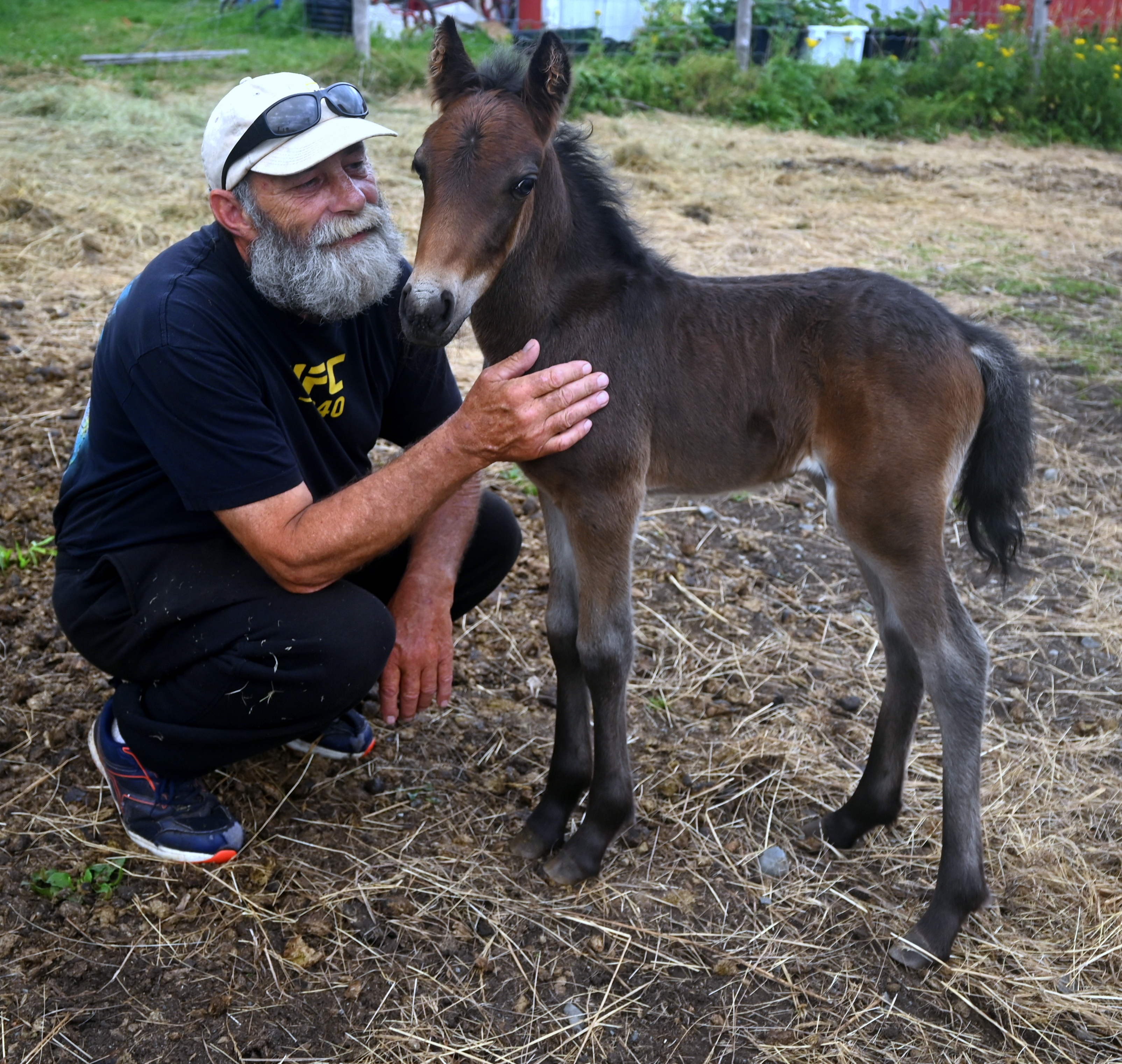 In terms of his bloodline, the sire is “Brandee’s Legacy” (NPS# 940) and the dam is “Randell’s Joy” (NPS# 942). It has actually been a good year for Newfoundland Pony foals. I am not sure where they are all located or if it includes numbers from outside the province or not, but I hear that around 20 foals have been born so far in 2022. The Newfoundland pony can definitely use all the help it can get. I have been keeping Newfoundland ponies all my life and I would not be able to tell you the number we have had in our family over the years, but a new foal is always very special. I actually still have five ponies, and this little fellow is a great addition.”