How to Get Your Kids into Gardening 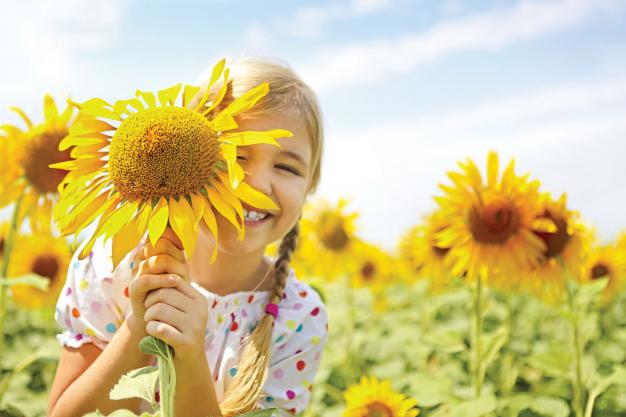 Any gardener who has young children knows the challenge of trying to keep their attention long enough to get a few things done in the garden. With my own children, I would try to get them to help me plant seeds and small plants in the vegetable patch - to no avail. Their attention span lasted approximately 30 seconds. Most of my gardening was done with a headlamp after they were gone to bed. The slugs and I would spend time getting acquainted after dark.
If the Time Fairy were to let me relive those years, there are a few things I would do differently. Maybe approaching gardening with children the following ways would have reaped more success for me and the kids.

• Have the garden prepared beforehand so that they do not have to take part in the tedious weeding and soil turning.
• Introduce them to worms and help them to understand the importance of these invertebrates. They could build a worm farm while you are getting the carrot seed in the ground. To learn how, google “How to make a worm farm? “ by Penguin books and read the resulting www.Penguin.co.uk article.
• Let them help with the large seed. Peas are a good choice. Plant the edible pod type, but also make sure you grow the types with a zipper - the ones that open up with peas inside. What child could resist eating something that they can “unbox”?
• Grow pumpkins. They take up a large area, but are worth the reward. Try carving a face or a child’s name into the skin when it is small and watch it grow with the fruit! How cool is that?  After harvesting, make a pie with the flesh and roast the seeds to show the kids how many uses a pumpkin can have.
• Ya gotta have sunflowers. Try a variety of sizes and colours.
• Grow cherry tomatoes. Try the bumble bee types and grow the three different colours: pink, sunrise and purple.
• Strawberries are a must. It is interesting to show how the seeds grow on the outside of the fruit.
• Carrots, of course. A child’s garden is not complete without carrots. Try the rainbow type: it is neat for them to learn that carrots do not HAVE to be orange.
• Give your child a small plot of their own, but don’t judge them on it. No nagging. Keep it small and underwhelming.
• Let them have real tools. Toy tools are ineffective and will only discourage a budding gardener.
• Teach them that not all bugs are bad; in fact, most are good guys, like Spiderman. If you don’t like bugs, take a deep breath and try to hide it; it’s best to avoid instilling your own fears in your child.
• Choose a location in full sun with good soil, to help avoid failure.
• Provide a watering can versus a hose. A watering can has a finite amount of water and you can talk about conservation and the value of every drop. You will find that watering will be their favourite part of gardening.
• Make a teepee out of branches for peas and beans to climb on. These also provide great play houses for little ones. Find inspiration for this at www.GardeningKnowHow.com (search the site for “children’s bean teepee.”)
• Push their imagination into fantasy with fairy legends. Build a fairy garden in the middle of the patch. Try handmaking houses, doors, chairs, swings and so forth with popsicle sticks. (The kids will love eating the popsicles for you!) Integrating tiny flowers will make a big impression.
• Be sure to have some flowers that attract pollinators; use them to teach your child about the importance of having insects to pollinate your plants. Without them, plants would need to be pollinated by hand. Fruit farmers in China are forced to pollinate by hand due to the heavy use of pesticides, and often children have to climb to the tops of trees to get to the hard parts. Educate yourself on this topic and teach your children so that they will understand the importance of trying organic methods first. (www.MyBeeline.co has a story about this.)
• Take photos to document the gardening progress from start to finish. Share them with the grandparents so that they can make a fuss. It’s good reinforcement for the children’s efforts.
• Harvest time is the culmination of all the hard work. Help the children with a simple recipe that uses some of the foods they’ve grown.

If we can get young children interested at this stage of their lives, we help build a culture of sustainability for our families, communities and regions. Encourage daycares to embrace an outdoor program and integrate painting and crafts with gardening. Encourage and volunteer for your school’s green thumb program and spice up their education experience.
Lastly, make our food have value from the seed to the plate. It’s a tragic outcome when young children cannot recognize a fruit or vegetable in its raw form and believe that food comes from supermarkets versus farms and gardens.
Plan your children’s gardening introduction now, and work your plan by evolving their experience year after year. Oh… and have fun. It’s contagious!