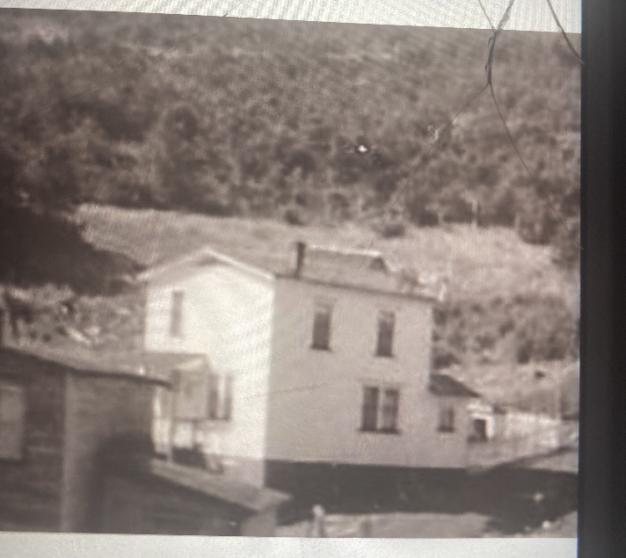 Once upon a time, in the quiet community of Parker’s Cove on Newfoundland’s Burin Peninsula, stood a little two-storey house. Just a stone’s throw from the sparkling waters of the cove, it was built nail by nail and board by board by a widower named Peter Murphy. In 1961, Peter was remarried to a young woman named Mary. Soon the house was home to the happy couple and their nine children: Geraldine, Selena, Albert, Betty Ann, Robert, Keith, Columbus, Margie and Ernie.

Day in and day out, the house rang with the sounds of chatter, laughter and squabbling as the children played, did their homework and went about their chores. The fragrance of Mary’s baking mingled with lemon floor polish and wood smoke, and in the kitchen on Saturday mornings, Peter would add his voice to the Irish showbands, singing along as the heat from the stove slowly drifted up to the chilly upstairs bedrooms. It was a home full of love and full of life - until one September day in 1977, when Peter passed away unexpectedly and everything abruptly turned upside down.

“We were a beautiful little family,” says Selena Murphy, the family’s second oldest daughter. “I compare it to Little House on the Prairie. We were like the Waltons. My dad was an amazing dad, an amazing husband. I don’t remember a morning of getting up and him not up getting us ready for school. He was a jack-of-all-trades and the mayor of our town. Our mom was a stay at home mom, a very good mom. She always had bread baking, clothes on the line, always a cooked meal on the table. Growing up, my dad was really strict, but at the same time he was really joking and kind. I know now, where he was strict, he taught us a lot of good values. Family was everything to us, and we were a really happy family.” Selena’s voice catches a little when she adds, “All of those memories are so beautiful for me.”

Peter’s death came as a terrible shock. He had gone to the hospital in Burin, about an hour away, the night before to be treated for angina. “We had gone to visit him and he was sitting up in the bed joking around,” recalls Selena, who was 14 at the time. “Death didn’t even cross my mind. Dad was supposed to be with us forever, as far as I knew.” The next morning, she was putting fresh sheets on her father’s bed in anticipation of his return when her mother came home alone. “At 11:00, my mom came in the door. And she had his shoes first, his pants, his shirt and his hat - my dad always wore one of those hats with the feather in it. She looked at all of us, and tears were coming down her face. And she said, ‘He’s gone.’” Peter had left Mary behind with nine children, five of whom were under the age of 10.

Suddenly widowed, without her partner and provider, Mary struggled to cope. “When my dad was gone, we lost a part of our mom,” Selena recalls. “She was never the same person after that. To be left with all the kids, to try and make it on her own.” Selena’s voice cracks, “All the little mouths to feed, no money coming in.”

Without Peter the house itself began to deteriorate, and rain leaked in through the tarpaper roof. “I remember the roof leaking, and we had no food in our house,” Selena says. It soon became apparent that the family would have to leave the house that Peter built. “We stayed in the house for a year,” says Selena, “and when I was 15, we moved to Marystown, which ripped my heart right out of my body.”

Things were no better in Marystown. “Mom was in bad shape. My older sister, Geraldine, saved all of us. She was the one who took care of us, so much so that one of my younger brothers used to call her Mom. She gave up everything, she was so good to all of us.”

But eventually, the hardships proved to be too much for even the strongest family ties. Mary knew the only option she had left to save her children and provide them with a better life was to not stay together in Marystown. The family was scattered apart - to foster care, orphanages and strange new cities out of province. It was an incredibly painful and heartbreaking chapter for a family that had once been so close.

In 2011, Selena, Betty Ann, Mary and other family members went to Parker’s Cove for Come Home Year. “One of our cousins in the cove made arrangements with the [house’s] owners to see if we could come over and have a visit. So we went back in the house and the upstairs, still to this day, is the same as it was. I closed my eyes and I could imagine us being there. It was like going back in time.” In the old bedroom Mary once shared with Peter, Selena broke down and cried.

Something about seeing their former home really got them thinking - maybe they could go home again, maybe the old house could be a place where a family broken apart might start healing. “After that, my sister said, ‘If this house comes up for sale, can you let us know?’”

A few years ago the house did come up for sale, and a few of the Murphy siblings chipped in and bought it for all the family to enjoy. Although sadly, Mary passed away before they could all be reunited.

“She died in December of 2020,” says Selena. “We had her funeral in August of 2021 in Ontario, and then my brothers drove home and brought her home. I’ll never forget when my brother drove in with her ashes. We brought her in the living room and my sister said, ‘Mom, you’re home,’ and we all started to cry. So we put her up on the shelf and sat around and just talked about good times.”

“When you have real love in any relationship - family, brothers and sisters, husband and wife - it would take a lot to break those bonds. And all those trials and tribulations couldn’t break it. We had a tough time, but we all became the people that our dad and mom wanted us to be.”

It took more than 40 years, but at last the old two-storey house in Parker’s Cove is full of Murphys and full of life. Music and laughter spill out the open windows. All the brothers and sisters and their families crowd the living room and kitchen, where a big Jiggs dinner is being served up. Outside, a cool breeze drifts over the cove where Mary and Peter are buried upon the hill. It was a long, hard road, but the Murphys are home, again.