The First Ever Tely Ten 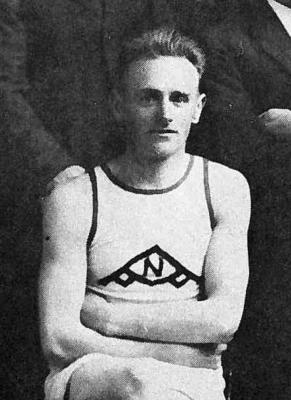 In the early evening of September 6, 1922, a group of 16 long-distance runners stood near Octagon Pond on the outskirts of St. John’s, nervously awaiting the starter’s whistle. In the distance, about 10 miles away, lay the city and St. George’s field. These runners were about to participate in the first ever Evening Telegram Road Race. They would compete not only for individual honours, but also for the splendid trophy donated by the late W. J. Herder, publisher of the Evening Telegram.

One of the runners competing in this inaugural event was Jack Bell, the recognized long distance champion for the last decade or so. Also registered were veteran runners Tom Furlong of Newton Road, William Dodd from Boncloddy Street, Jack Redmond from Carter’s Hill and Graham Kelly from Cookstown Road. Kelly was a long-distance runner who had been training consistently and systematically, and of whom great things were expected.

For many of the citizens, though, the favourite to win was a young 19-year-old, Ron O’Toole, who had already captured six road races so far in 1922. In 1921, he had finished a strong second to Jack Bell in a five-mile event.

Henry Cooper, Harris Hill, George Joyce and George Clarke were also considered likely contestants, according to run-up editorials in the Evening Telegram. In fact, Clarke was thought most likely “to upset the whole apple cart,” according to the newspaper. He had been training since June, had lots of stamina, and could at times set a pace that would make it difficult for others to follow. Another runner expected to join the race was Robert Maunder from Duckworth Street.

Other contenders coming forward for the big event, as described in the newspaper, were James Fitzgerald, one of the “newer aspirants to road honours”; R.P. Redmond, “one of the pluckiest men on the road”; F.Fleming, who was “able to do the distance easily and in regular professional manner”; and Tom Dunphy, a runner with “considerable experience and lots of grit.”

The race was started at 4:10 p.m. by W.H. Herder, eldest son of the late proprietor of the Evening Telegram. The runners got quickly away and before a hundred yards had passed, Bell, to no one’s surprise, had taken the lead. The champion set a splendid pace and soon began to move away from Furlong and O’Toole, who were running close together. At the end of the first mile, Bell had a 50-yard lead on O’Toole, which he increased to 300 yards by the fourth mile.

The road that evening was in excellent condition for running and motorists cooperated by giving way to the contestants. One wagon, however, managed to come between Bell and O’Toole, causing some annoyance to the latter. Along the course, hundreds of citizens assembled and cheered loudly as the runners passed.

Approaching Cornwall Avenue, just past the seven-mile mark, Bell had not slackened his pace and was as fresh as when he started. Along LeMarchant Road, the only other runner in sight was O’Toole, a distant second.

Coming into St. George’s Field, near the corner of present-day Merrymeeting Road and Newton Road, Bell was given quite an ovation and quickly completed the two laps of the field, finishing in 56 minutes 35 seconds - two seconds off his 10-mile time from the previous year. As Bell was completing his last 30 yards, O’Toole entered the field and he, too, was given a tremendous reception. He crossed the tape in 57 minutes 28 seconds. Finishing in third place in 60:12 was Tom Furlong, who had held that position all throughout the race.

The race was regarded in local circles as easily the best ever held and the runners were complimented on their splendid showing, which augured well for future distance races. Indeed, this competition eventually became Newfoundland’s premier road race, The Tely 10. It is the longest continuous running event in the province, run every year with the exception of the war years from 1940 to 1945. This month’s race will mark 100 years since it first ran.

Great article. Ron O'Toole was my grandfather, small world reading a story with him in it. My name is Paul O'Toole and I currently live in Kingston, Ontario. Managed to get down for a 2 week visit last month for my summer vacation. Newfoundland will always be home for sure.