The Dog Days of Summer Explained 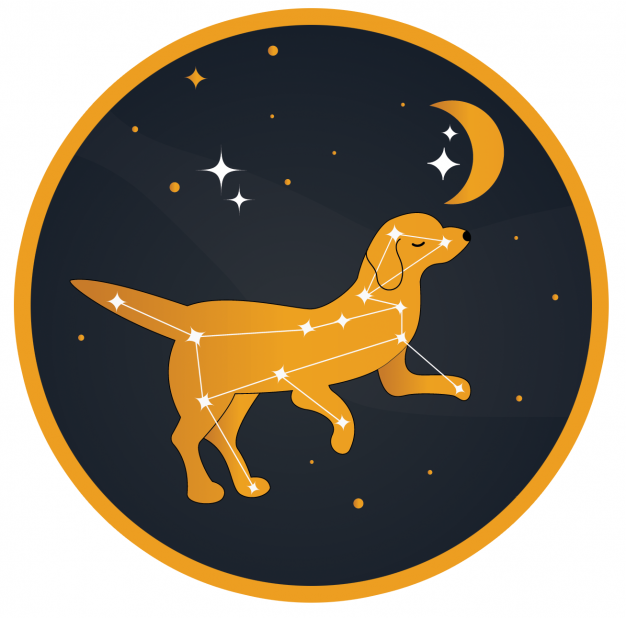 July is here, bringing with it some of hottest, most sultry days of the year (although, here in Newfoundland and Labrador, you never know what Mother Nature has in store!). While some of us love it, others might be cursing the “dog days of summer” as they sweat up a storm and head for shade. As you’ve sat and sipped your lemonade, have you ever pondered where this particular phrase comes from?

According to the Old Farmer’s Almanac, the dog days occur from July 3 to August 11, shortly after the summer solstice in the Northern Hemisphere (although this varies depending upon where you are in the world). And while many folks associate this time of year with their furry friends panting and lazing around, because it’s too warm to do much else, the phrase doesn’t actually have anything to do with dogs - at least, not in the way you might think. To understand this phrase, we must look to the stars and, like so many other things, the ancient Romans.

If you’re interested in astronomy, you likely already know that Sirius is the brightest star in the night sky. And according to NASA’s “Astronomy Picture ofthe Day” website, it’s a big and bold one, more than 20 times brighter than the sun “and over twice as massive.”

In his 2007 book Sirius: Brightest Diamond in the Night Sky,  Jay B.Holberg, a retired senior research scientist at the University of Arizona’s Lunar and Planetary Laboratory, tells the fascinating story of this beautiful beacon that has intrigued people for centuries, from the lore and mythology surrounding it, to what it’s taught us about the nature of the stars.

While Sirius is known by over 50 different names, Holberg says, the most well knownis Alpha Canis Majoris (the early Greeks called it “the dog star”), and it holds the distinction of being the brightest star in the constellation Canis Major, which means “great dog” in Latin. This constellation “is located below and to the left of Orion, the Hunter. Above Canis Major is Canis Minor, the Lesser Dog. Both of these Dog-Constellations represent Orion’s faithful hunting dogs and constant companions,” Holberg writes.

Over the centuries, he adds, there have been many different beliefs associated with Sirius, with the Greek poets Hesiod and Aratus both mentioning the oppressive heat that supposedly came with Sirius’ arrival. “Sirius, as it emerged from its conjunction with the sun, was thought to induce the heat and dryness of August. This heat could not only wither plants, but influence the behaviour of animals as well,” Holberg writes.

It was thought to have an effect on human behaviour, too. “People could contract deadly fevers at this time of year, brought on by Sirius; men could weaken during this time and women could be overcome by carnal desire. People who suffered from the heat of Sirius were said to be ‘star struck’ (astrobóletus). Even Hippocrates, the father of medicine, warned of the effects of Sirius,” Holberg adds.

But perhaps no being suffered more from Sirius’ arrival than our faithful companions - or that was the belief in any case, Holberg says.

“Dogs were believed to suffer at this time of year, and their panting was an indication of internal desiccation and excessive dryness. When this occurred, dogs were in danger of becoming rabid and their saliva poisonous… The rapid panting of overheated dogs, with their outstretched tongues, was viewed by the Greeks as a sort of ‘gaping’ behaviour… In this fashion, Sirius was sometimes also referred to as ‘the Gaper,’” Holberg writes.

“It is this old association of Sirius with the heat of late summer and with dogs that is the origin of the seemingly enigmatic phrase ‘dog days’ or ‘dog days of summer.’ The phrase goes back to Roman times, when this season was known as diescaniculares, the ‘days of the dog-star,’ Canicula being the Latin name for Sirius.”