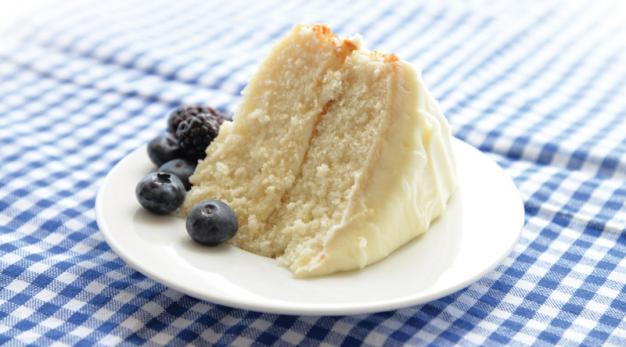 Happy Father’s Day to all the fathers, grandfathers, stepfathers and father figures. This month we’ve baked up some simple classics, inspired by an old cookbook sent to us by reader Susan Herdman. Published in 1948 by the United Church Girls’ Club of Corner Brook, the Family Favourites cookbook lived up to its title. Between the ads for Oscar W. Johnson Ice Cream Parlour and Luncheonette, Julius Swirsky General Dry Goods, Crown Laundry & Dry Cleaning and other esteemed establishments of 1940s Corner Brook were all the popular dishes served up in NL homes in those days. Several of them were aimed at husbands and fathers, and it’s those we tested out for this issue. We had to update them a bit with more precise measurements than “scant” and “moderate oven.” Anyone should be able to make these with ease!

Cream together sugar and shortening (or butter/margarine). Add vanilla. Beat in egg whites one at a time. Sift together dry ingredients; add dry ingredients to the bowl of wet alternately with milk. Mix well. Divide batter evenly between 2 greased 8-inch round cake pans. Bake in moderate oven (350°F for shiny pans; 375°F for dark or non-stick pans) for 25-30 minutes. Cakes are done when tester comes out clean. Turn cakes out onto wire rack to cool completely. Spread layers with favourite icing flavour.