Royal Visit 2022: The Prince and Duchess in St. John's 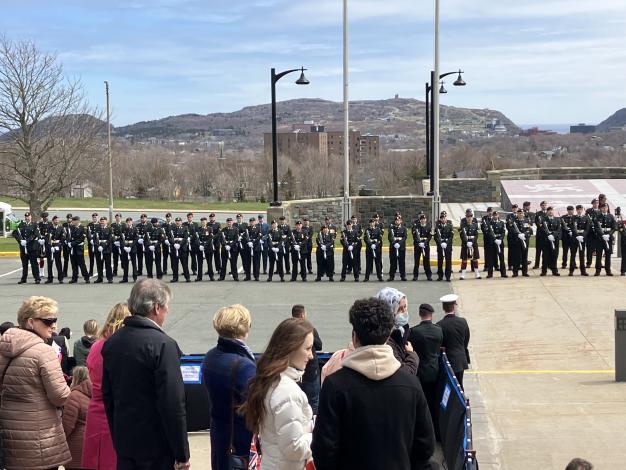 The Stadacona Band of the Royal Canadian Navy may have been playing a military rendition of Great Big Sea’s Ordinary Day, but Tuesday, May 17, 2022, was anything but in St. John’s, NL.

At the Confederation Building on Prince Philip Drive, a crowd of royal watchers and well wishers gathered to greet HRH Prince Charles and Camilla, Duchess of Cornwall, to the first stop on their Canadian tour in honour of Her Majesty the Queen’s Platinum Jubilee. 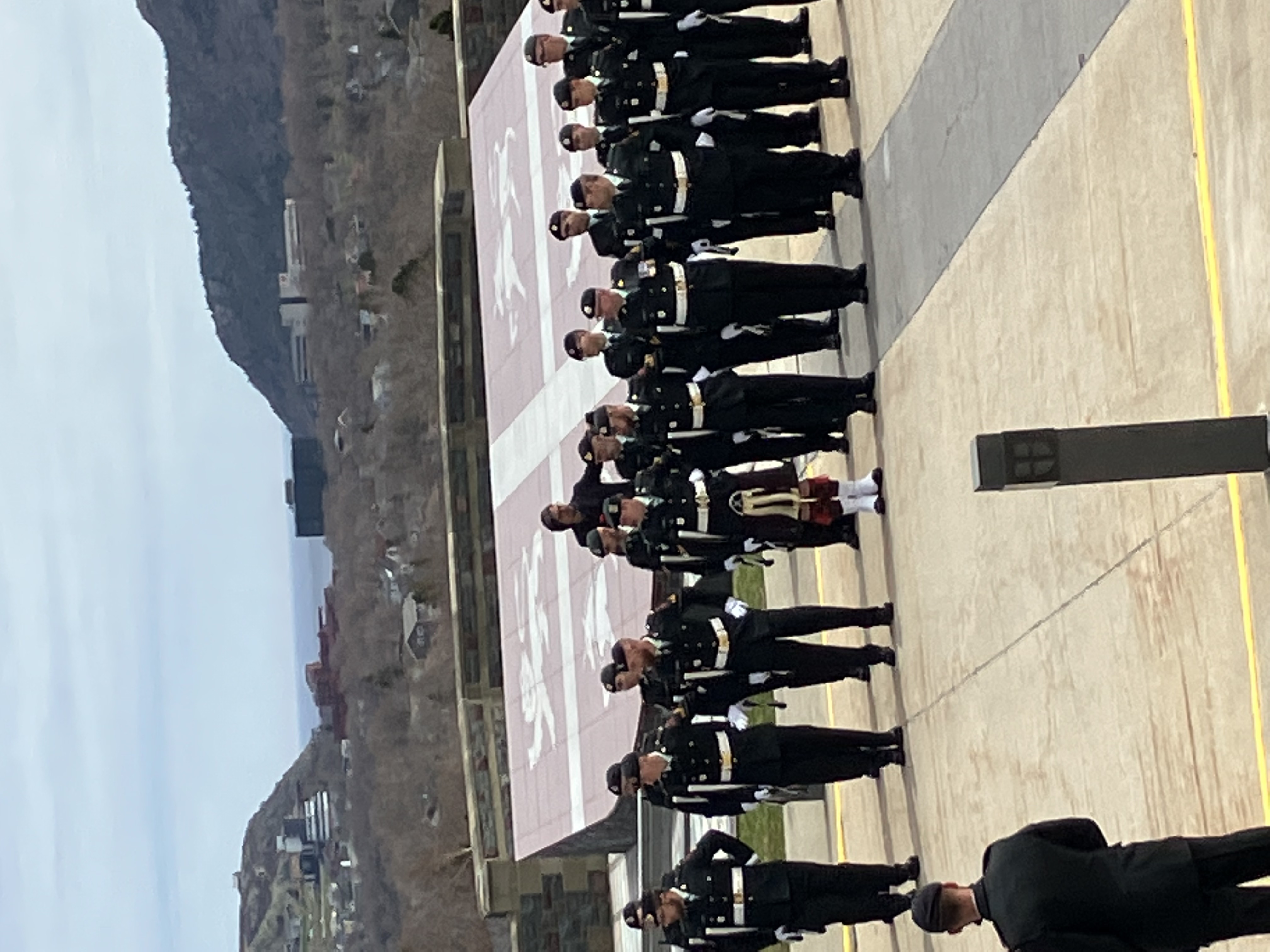 The official flags of Newfoundland and Labrador and Canada snapped in the breeze under a bright blue sky alongside Charles’ Royal Standard, and members of the Maritime Forces Atlantic lined up neatly as lively schoolchildren fluttered paper flags. Members of the media milled around with their cameras and gear in anticipation. 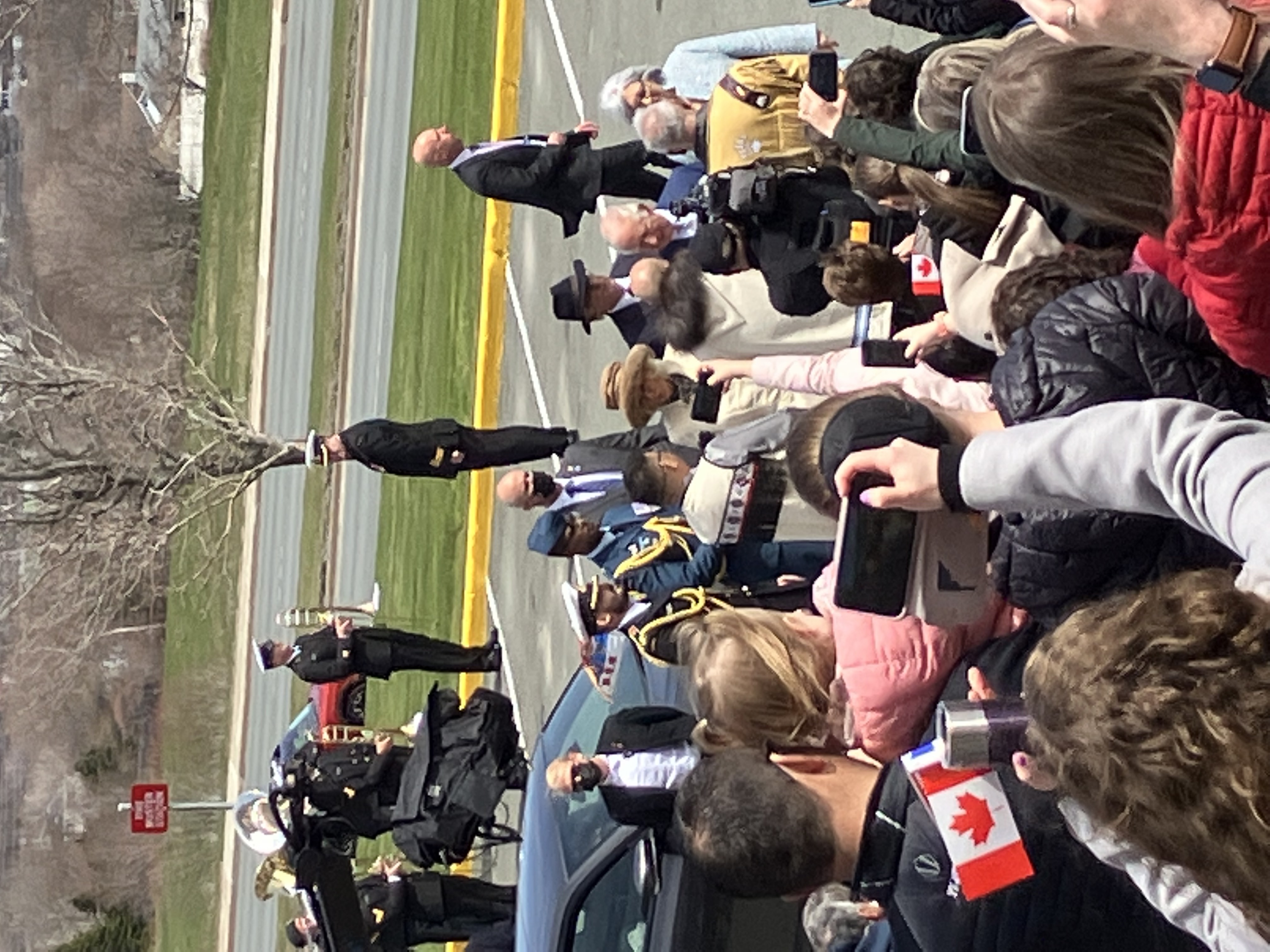 A flurry of excitement went through the crowd when Prince Charles, in a tailored blue suit, and Camilla, tucked under a wide brimmed hat, came into view.

After greeting the dignitaries and the military, the Royal duo waved and smiled as they made their way through the crowd. Prime Minister Trudeau, in his familiar suiting and bright socks, shook hands and high fived the thrilled students.

Inside, invited guests attended a welcome ceremony where Prince Charles’ speech addressed the issue of reconciliation and a commitment to forging new, respectful relationships with Canada’s Indigenous peoples. 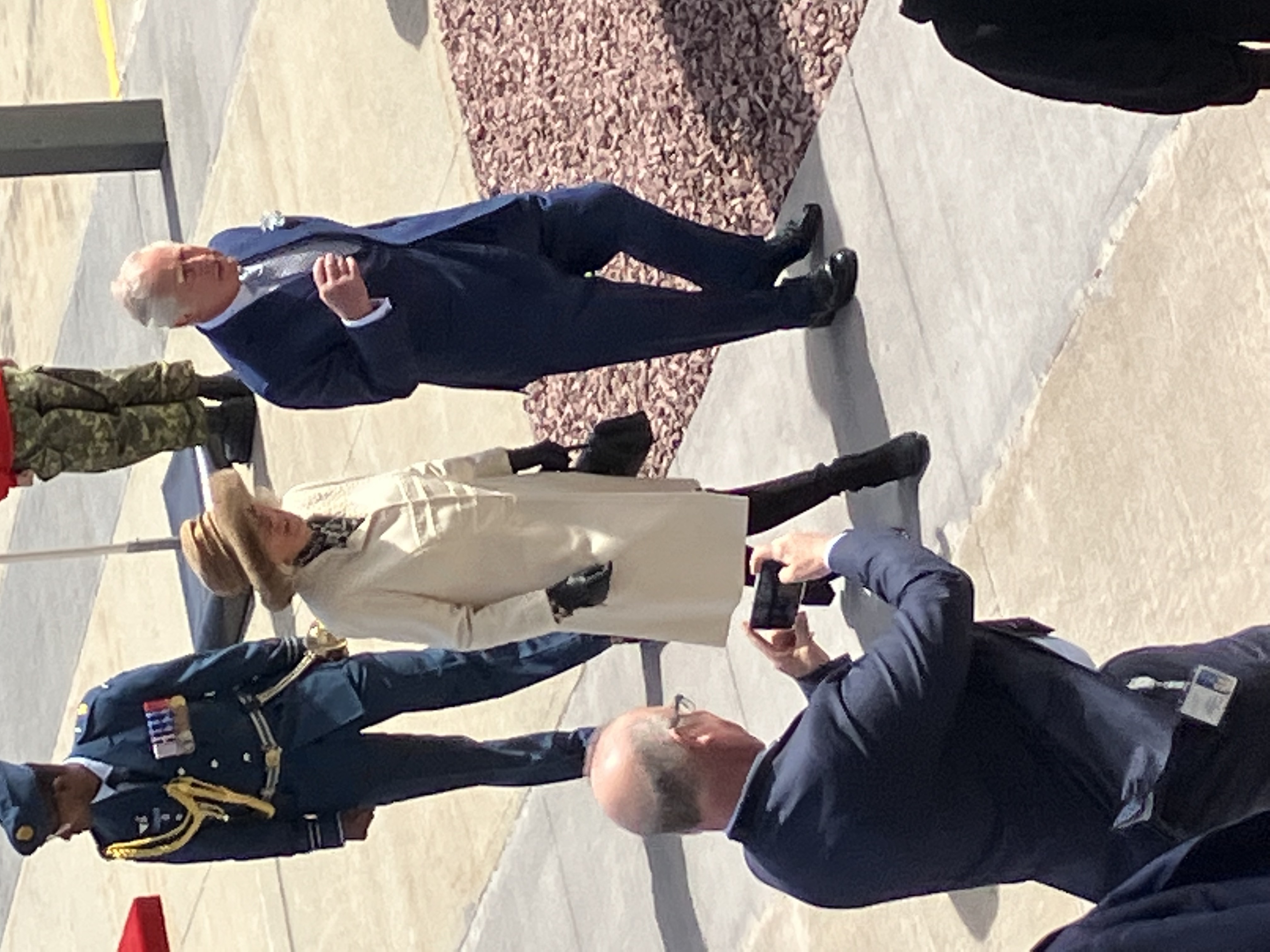 Next stop was the stately grounds of Government House, where another small crowd of enthusiastic royal watchers had gathered. Their patience was rewarded with an up close view of the royals as they made their way down the walkway with handshakes and greetings. The excitement was palpable as people snapped photos with their cellphones or had little interactions with the royal couple. One lady politely said, “Welcome to Canada, your Royal Highness!” to which the prince replied, “Thank you very much,” in his soft, perfectly enunciated accent. 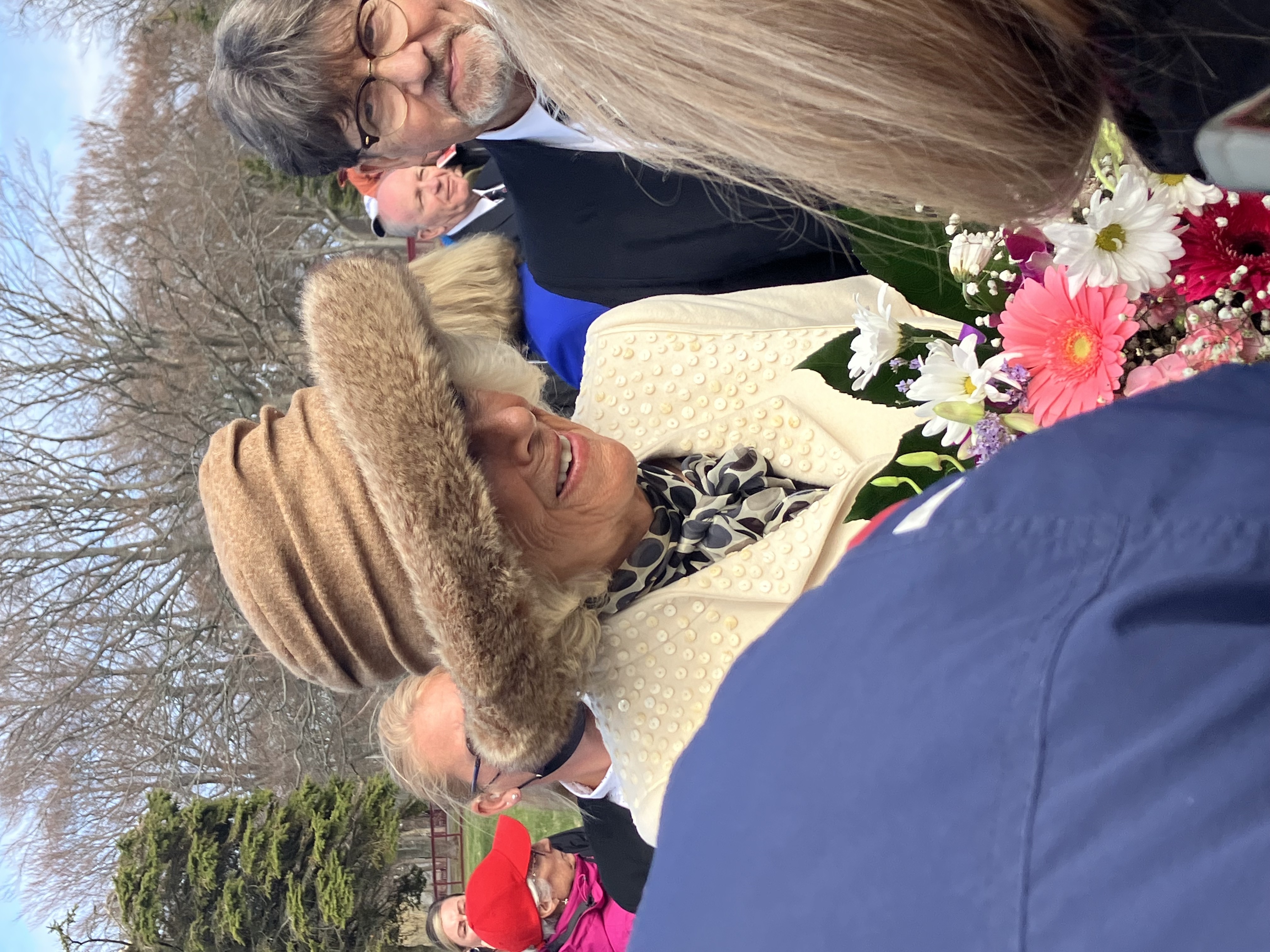 Many of the folks at Government House commented how glad they were to be there, and how they feel a personal connection to the Royal family from following their ups and downs over the years. Prince Charles and Camilla then proceeded to the Heart Garden for a special ceremony with Indigenous leaders and elders, honouring Indigenous children who suffered at residential schools.

The couple then headed down to Quidi Vidi village for the last stop of their whirlwind visit, where they met with artists and craftmakers, and pulled pints at the Quidi Vidi Brewery. They’re off to Ottawa today and will travel to Yellowknife on Thursday to close out their 2022 Canadian tour.