Why do we cross our fingers for good luck? 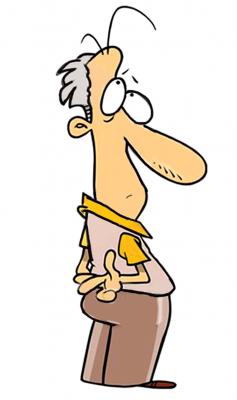 Whether you think they’re downright foolishness, or you’re one of those folks who’d literally go out of your way to avoid crossing the path of a black cat or having to walk under a ladder, you can’t deny the intrigue of superstitions. And even if you’re not a believer, you might find yourself performing strange little rituals from time to time without giving it much thought. Even the most skeptical among us have probably said “bless you” after someone’s sneezed, or rapped their knuckles against a wooden table (or their own head, in self-deprecating fashion) to help avoid a negative outcome and encourage good fortune to keep flowing.

You might’ve also crossed your fingers for a friend headed out on a job interview, or for a child competing in a sports tournament, to wish them good luck and encourage a favourable outcome. Or perhaps you simply said, “I’ll keep my fingers crossed for you!” without doing the action. Either way, it’s probably something you’ve done, or said, time and time again.

Like many superstitions, sayings and the like, there’s no clear-cut answer as to how this peculiar practice came about. Though there seems to be two main opposing viewpoints. One is that the gesture predates Christianity, with two people forming a cross with their index fingers. In his book Extraordinary Origins of Everyday Things, former physicist Charles Panati writes that the gesture “grew out of the pagan belief that a cross was a symbol of perfect unity; andthat its point of intersection marked the dwelling place of beneficent spirits. A wish made on a cross was supposed to be anchored steadfastly at the cross’s intersection until that desire was realized.”

Another theory suggests the practice came about when Christianity was in its infancy, with Christians using the gesture as a secret symbol of sorts to identify each other. It’s said that each person would form an “L” with their index finger and thumb, and then touch their thumbs together and overlap their index fingers,forming the Ichthys symbol (perhaps better known as the “Jesus fish”).

“Itis difficult to know if early Christians were using signs and symbols ‘secretly,’ and they certainly shared many of the symbols of the Greeks and Romans. The ‘ChiRho’ symbol is one of the earliest, and it was based on the ΙΧΘΥΣ or ‘FISH’ acrostic, which stood for ‘Jesus Christ, God’s Son, Saviour’ and does appear on an ancient Christian tombstone (Aberkios, 2nd century),” writes Dr. Alicia Batten, professor of religious and theological studies at Conrad Grebel University College at the University of Waterloo, in an email to Downhome.

“It is true that early Christians would seemingly reflect this symbol later by touching the thumb to the index finger (and blessing people with this), but I do not know for sure whether this was related to crossing fingers.”

Stuart Vyse , an American behavioural scientist, teacher, writer and expert on superstition and irrational behaviour, says the theory linking crossed fingersto the Christian cross, “which presumably is thought to bring on luck,” seems to make the most sense, pointing to Harry Oliver’s book, Black Cats & Four-Leaf Clovers: The Origins of Old Wives’ Tales and Superstitions in Our Everyday Lives. (In the book, Oliver notes that “Crossing fingers is also a gesture used as a countermeasure when one has accidentally walked under a ladder, and it is commonly used by children when telling a lie as a way of protecting themselves in advance for the consequences of the bad deed.” He adds, “There is little evidence of people crossing fingers as a sign of good luck before the late 19th century.”)

However, Vyse cautions, “when it comes to folk beliefs, it is hard to know… No one has claimed to have originated these practices, and there seems to be quite a bit of speculation going on by those who claim to know the origins. Multiple sources are also a real possibility. For example, there are no fewer than three major theories of the origin of unlucky 13,” he tells Downhome.

“I will point out that crossing fingers is different than many other superstitions, but similar to knocking on wood in the sense that it is often done in public as a kind of shared hope. People will sometimes say ‘fingers crossed’ or actually cross their fingers as a way of communicating that they hope something will happen. It seems to be maintained in part by a social bonding effect.”