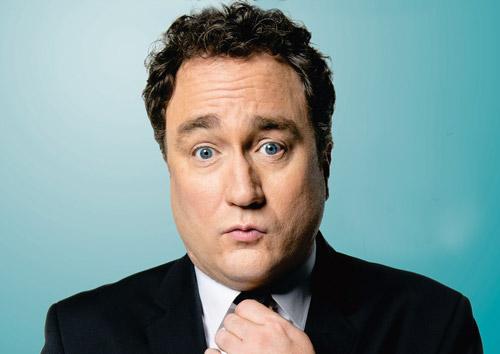 After the success of Son of a Critch, Mark Critch’s initial foray into autobiography, it’s no surprise that the popular entertainer has written a sequel. Picking up where the first book left off, the comedian and author has continued his story with An Embarrassment of Critch’s: Immature Stories from My Grown-Up Life. Told in a series of vignettes, the book begins with him at the tender age of 17, completely gormless, deciding to become an actor and landing a role with Rising Tide Theatre. The story goes on to cover his first green attempts to write for “This Hour Has 22 Minutes,” moves through the building of his successful career and culminates in his shirtless photo bombing of Justin Trudeau. Along the way we watch him learn that there’s an entire world beyond the boundaries of his little patch of St. John’s - or even Trinity, which itself once seemed a world away.

Critch isn’t just playing this for laughs, even if there are many funny bits. It’s a sincere chronicle of his professional life. The humour is all self-deprecating and, for the most part, pretty gentle. It seems that almost everyone he’s ever met is the sweetest person. Those that don’t quite meet that description are still treated gently, and one is left with the strong impression that Critch was raised to believe that if you don’t have something good to say about someone, you should say nothing at all - a rather unexpected stance for someone who makes his living through satire, but an interesting and welcome one nonetheless.

Q & A with the Author

Denise Flint: Is it hard, being a comedian writing a book, not being able to see people respond immediately?

Mark Critch: It’s like writing sketches. When you’re doing it, you feel the rhythm. The first time, with my other book, I knew things were working when I was doing readings and getting a laugh, but with this book there hasn’t been any readings so people are posting on Facebook or Instagram. But it’s nice with a book; you can write in a different way because you’re not trying to get that laugh every couple of seconds. You can flesh things out a little bit more.

DF: What made you decide to write a book about your life? Is there going to be another one?

MC: This kind of goes back to my first book, and that was a story of growing up in Newfoundland in the ’80s, and I had success with that, and Penguin Random House wanted a second book and it seemed natural to pick up after the first one left off. The first is figuring out who I am, and then me using that in the second book. I’d always wanted to write a book, and the book I expected to write was this book. They said, “I think there’s a whole book in growing up and why don’t you just write the first book?”

DF: What’s the best thing about writing a book?

MC: The best thing is afterwards seeing people enjoying it, hearing their feedback. It’s a longer format, so you can really say a lot more and it’s a more personal medium. People take your work and curl up on the couch or on the beach and take in a lot more. I like the intimacy.

MC: I think you have to look at a narrative arc starting with me wanting the work, then getting to see the world, and then coming home and realizing this is where I want to be. There’s a lot of things I could talk about, but you don’t want to upset someone or tell tales. They’re really the moments that hit me, whether talking to a soldier or pulling a joint out when talking to Justin Trudeau. It’s like your life flashing before your eyes: what bubbles to the surface and what makes them special.

DF: How did the TV series come about?

MC: That was my friend Tim McAuliffe of “The Office” and “The Last Man on Earth,” and many different things in America, and he read the book and said ‘I think there’s a series here.’ He met with Project 10 [production company] and the producer of “Schitt’s Creek,” and he really liked it. Right away CBC was on board, and the next thing you knew we were off to the races.

DF: You always seem to be on the go, writing skits while on a plane etc. Do you ever give yourself any down time, and what do you do with it?

MC: You know I have a house in Trinity, and I love getting out there with family and turn the phone off and enjoy the people and the scenery and cod fishing more than anything. The one thing you learn when trying to work in the arts is there’s no shortage of time when you’re looking for work. That gives you the sense that if there’s work to do, go and do it. I’m lucky enough to do what I’ve always wanted to do for a living, and it’s stressful, but it’s what I’d be doing even if I was doing it on an amateur level. I don’t mind burning the midnight oil.

DF: What differences in how they are made surprised you between “22 Minutes” and your new show?

MC: “22” is before a live audience; this is a bigger scale, and with this one I’m involved in every aspect: executive producer, show runner, I’m in charge and make the decisions. This new project is one in which it’s exactly how I wanted to make it. It’s the best I can do; it’s the best I’ve ever done. Pass or fail, I’ve had the opportunity to do something exactly how I want. If it doesn’t work, that’s my fault and I’m fine with that.

DF: Where do you see yourself in 10 years?

MC: I see myself in Trinity on the deck of my house writing a book. I hope I’m doing exactly what I’m doing now, writing and performing. I’ve been doing that since I was 15.

DF: How has the pandemic affected your life?

I remember myself and Alan Doyle talking the week when all our summer gigs had been cancelled. It changed the way we perform. Normally I’d be on a book tour; it took away my audience. We had to go online and learn different ways to communicate with people. We’re back with “22 Minutes” with an audience, and it was great to hear their laughter.

Writing a book is something you can do. Home and family is what’s important; I’m often jetting off and it was kind of nice to have the world say “stop and sit.” While the pandemic was very hard, I try to be grateful for the good things it brought, and one of them is the ability to stop and smell the roses - even through a mask.