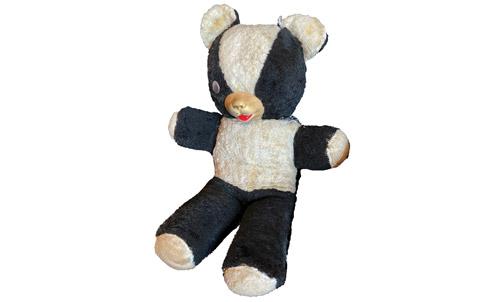 Do you remember the first toy you ever cherished? A while back, a letter from a reader in Downhome about his first teddy bear launched a months long conversation with other readers who wrote in about their most beloved childhood things. 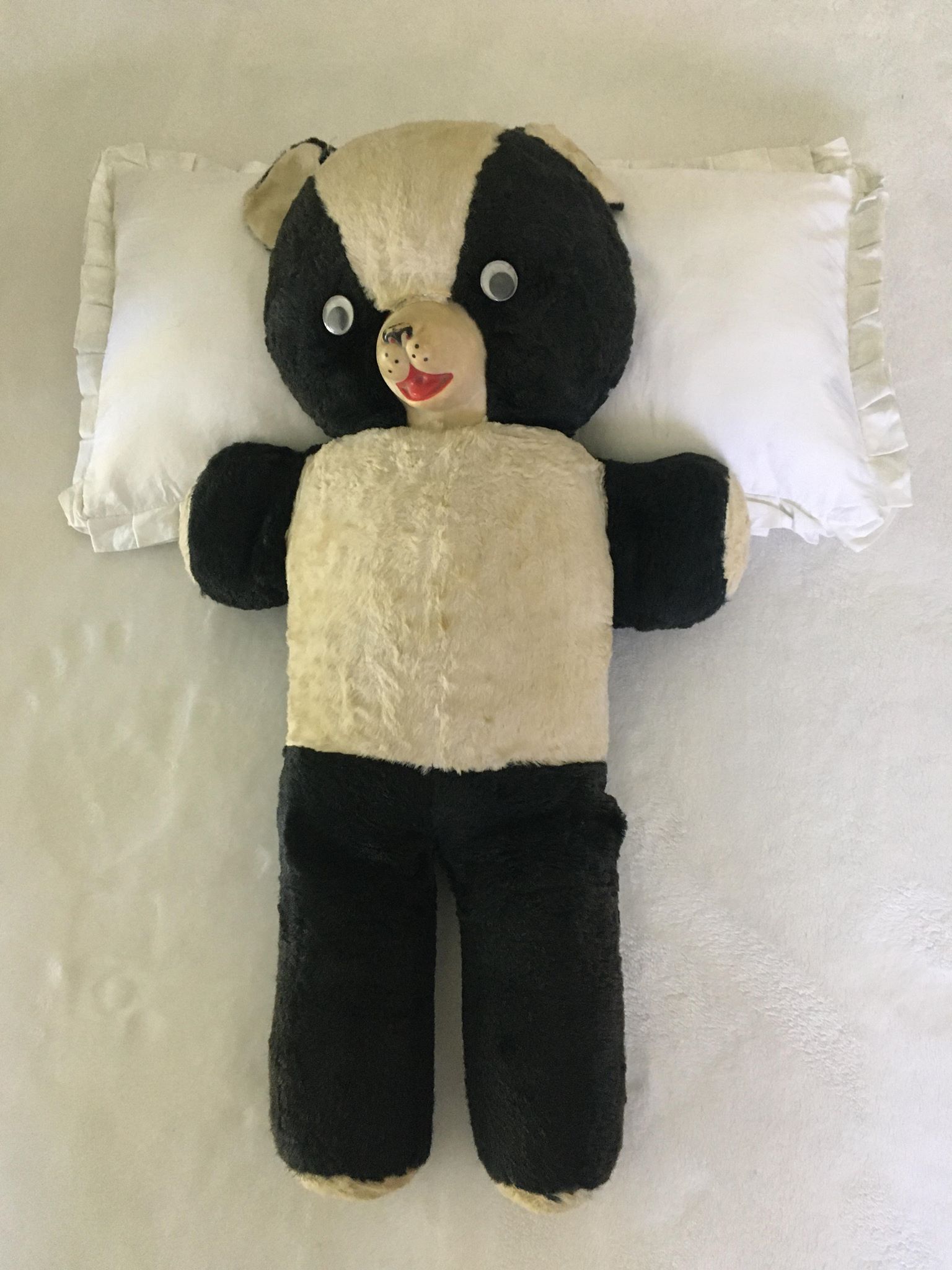 None of my childhood toys remain. However, I still have a vintage teddy bear my late mom gave me when I was but a boy living in Hampden in the early 1960s. She preserved him by putting him in a plastic bag with mothballs. I don’t recall the name I gave him, but he was my best friend for many years. He has since faded and is discoloured. On several occasions, I almost tossed him out. But, at 63, I’m glad I didn’t, because eventually I will transfer ownership of my special teddy bear to our beloved grandson, Leighton. 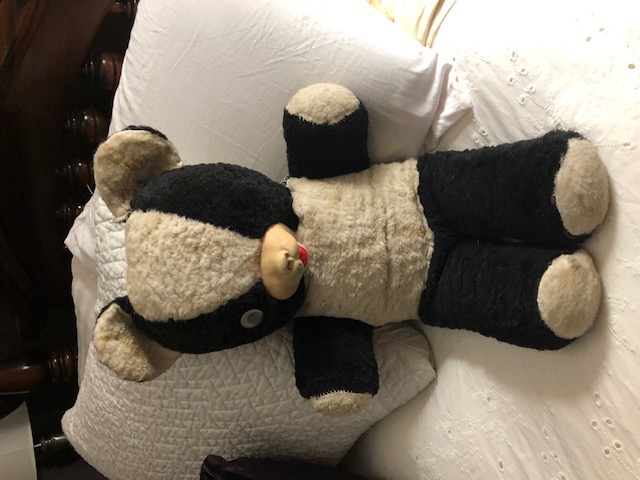 I grew up in southern Alberta and received my teddy in the early ’60s as well! We got one gift at Christmas - which I searched high and low for throughout the house well before the celebrations of Christmas arrived. I was sure there was a gift hiding someplace, as we had made a recent trip to Lethbridge to shop for Christmas. Sure enough, I found Teddy in my Mom and Dad’s closet! As excited as I was to have found him, it certainly changed the anticipation of Christmas Day, as I knew what was under the tree for me. I never searched for my Christmas gift again. 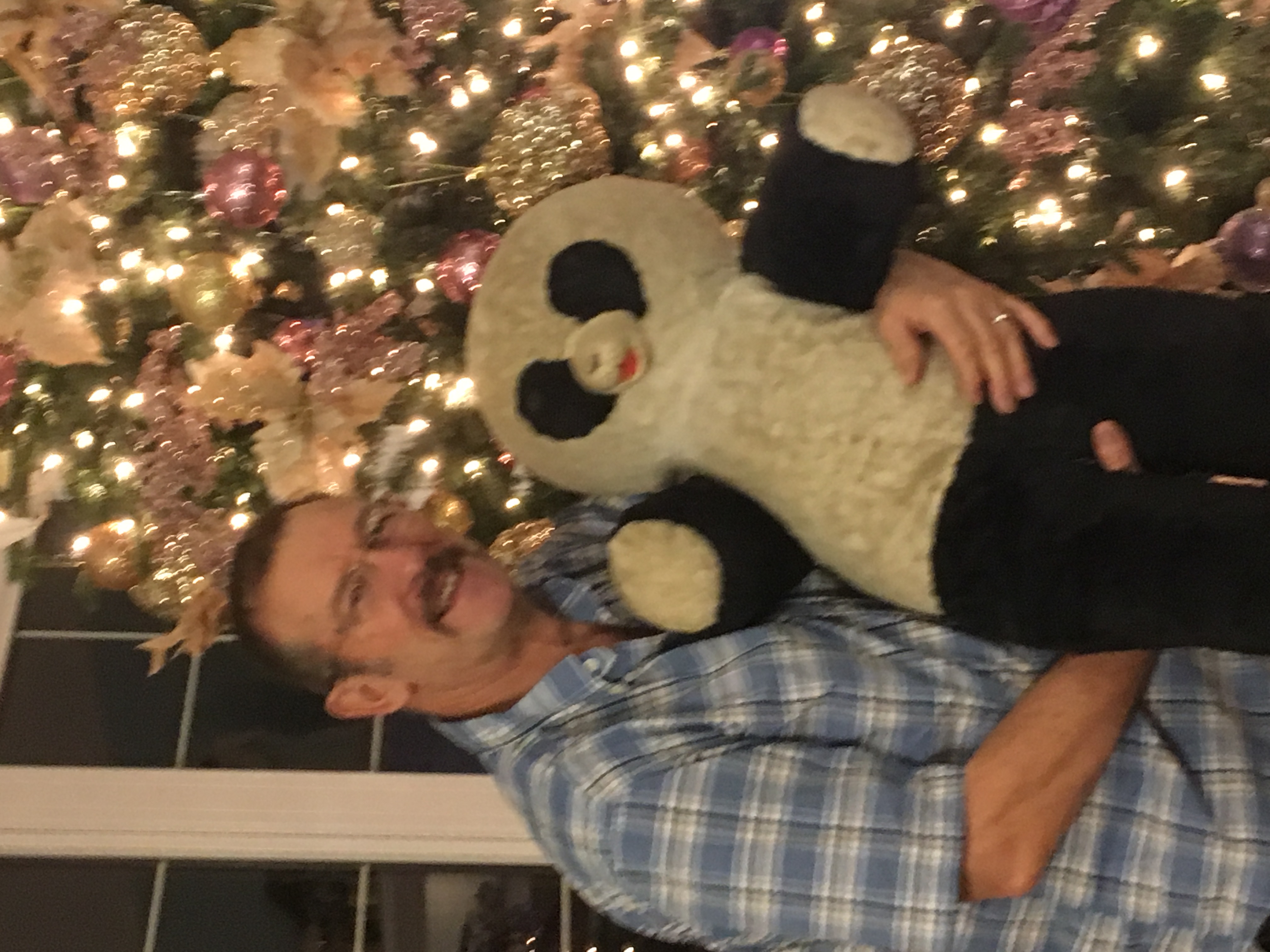 This bear is 64 years old. Dad won it at some fair in Corner Brook back then. He gave it to me because I was the youngest. That was a big gift back then. I would sleep with the bear, but as you know with the large Newfoundland families, the bear got pushed aside because someone else took his place. The bear was at my parents’ home for years. I was going to give the bear away and, at one point, I even put it up for sale. But these last few years the bear, named Sam, became part of our Christmas. 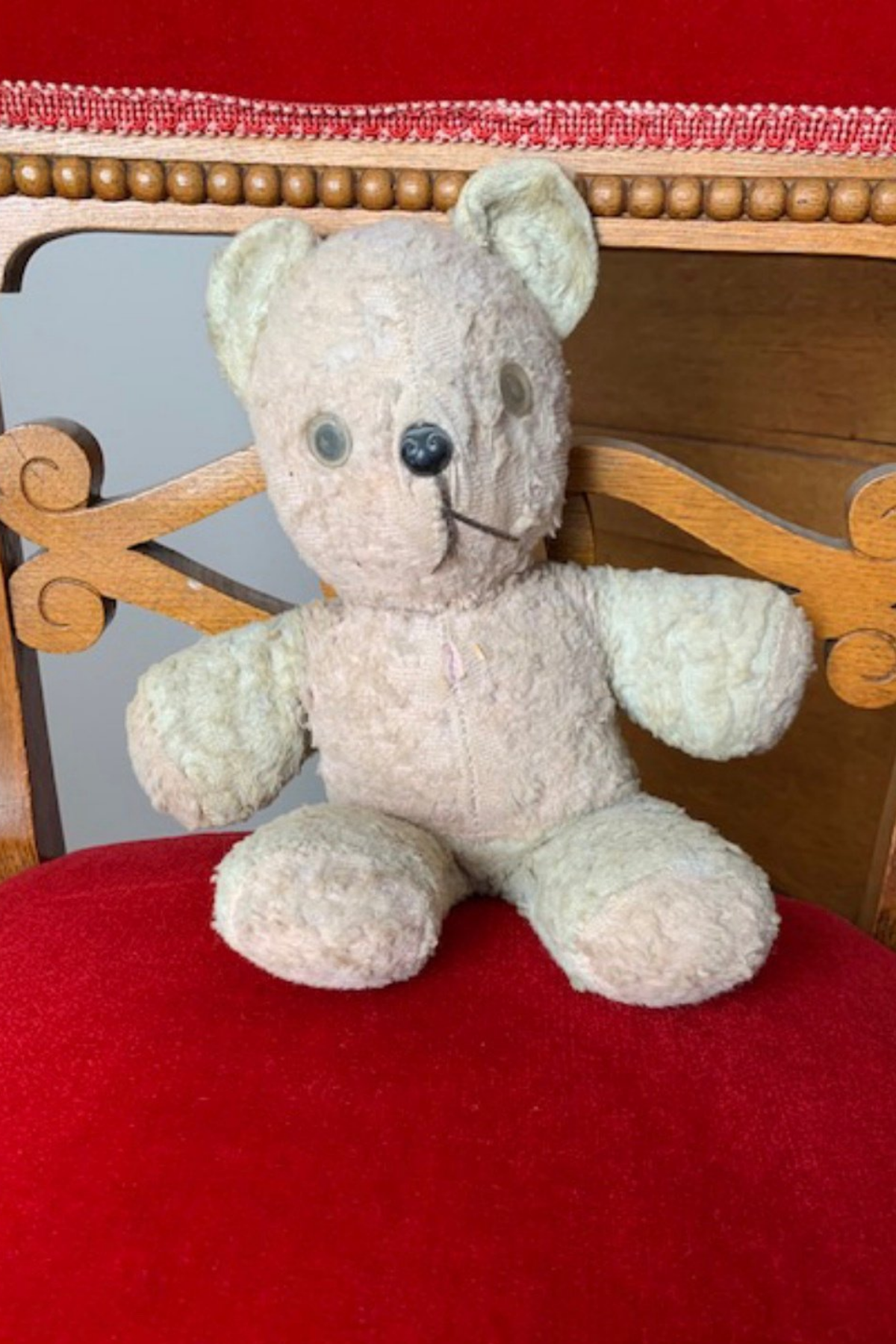 I was born in February 1940, and received this teddy bear as a gift. When I was three, my parents and I moved to a farm. It was not as familiar, and at night it seemed even more strange to me, so the teddy bear became my bed pal and every night he was there. When I put him aside at the age of six, he sat on my dresser until my oldest boy was born in 1960. He slept with the teddy bear from the time he was one, until he passed away in 1962, at two years and nine months. Since then, Teddy has sat on a box on my dresser wherever I have lived. 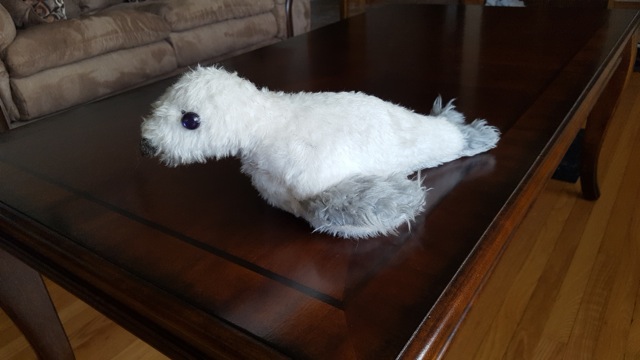 This stuffed seal was a Christmas gift when I was three or four years old. I would look at it in the Riff’s store window in Bishop’s Falls, NL, every day while waiting with my mother to get my brother from the school bus. Then one day it was gone from the window. I remember being so upset - until Christmas morning it was under the tree! This seal is about 52 or 53 years old. When I moved to Ontario in 1987, I just had to take him with me. 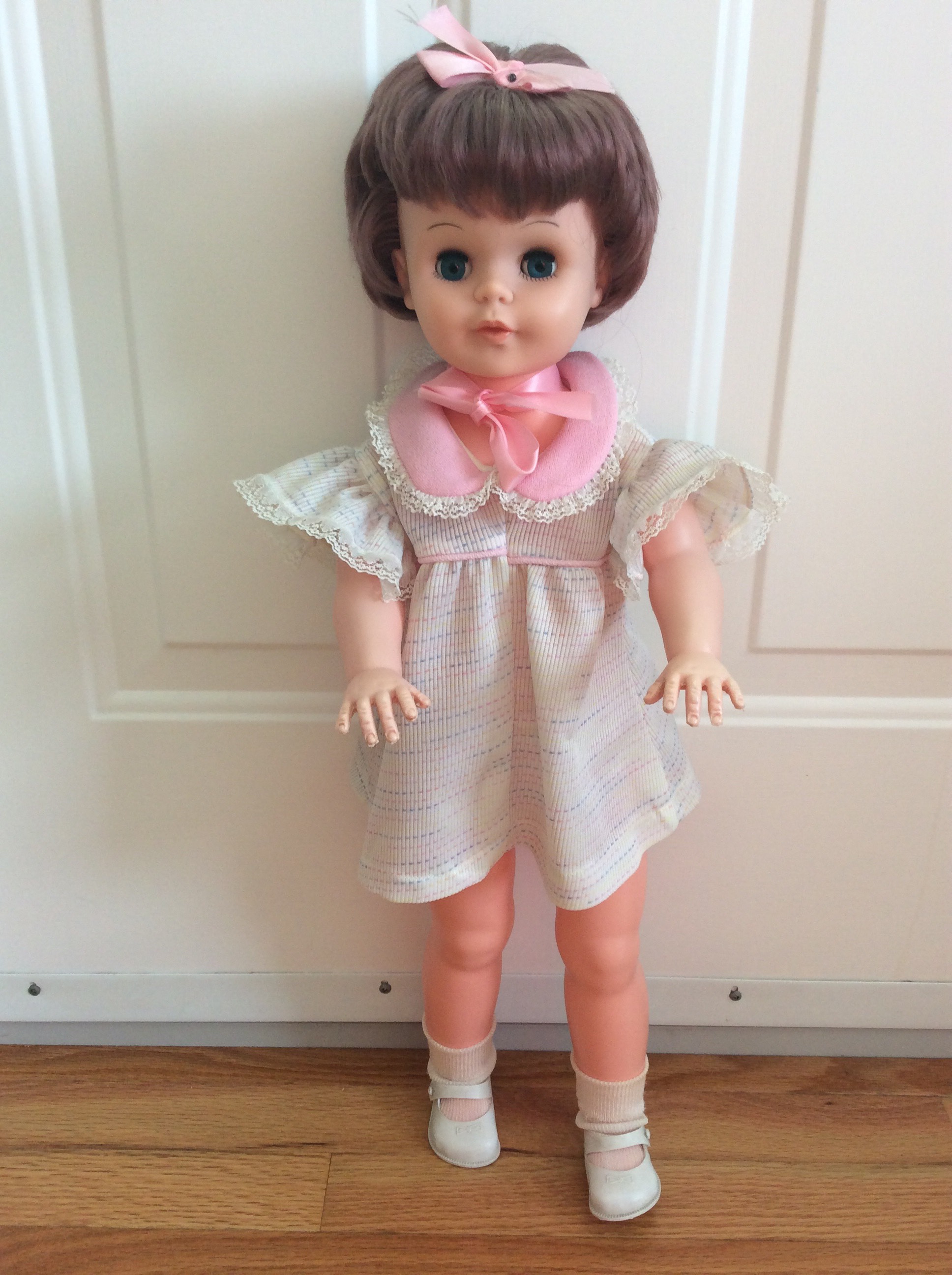 A Gift to Last

This is the last doll I received as a Christmas present 50 years ago. I was 14 years old at the time. She hung on a wall in my parents’ house up until 12 years ago, after my parents passed away. She now stands on a nightstand in my house. I have two young grandsons who think my doll is creepy because her legs, arms and eyelids move. It is a walking doll. 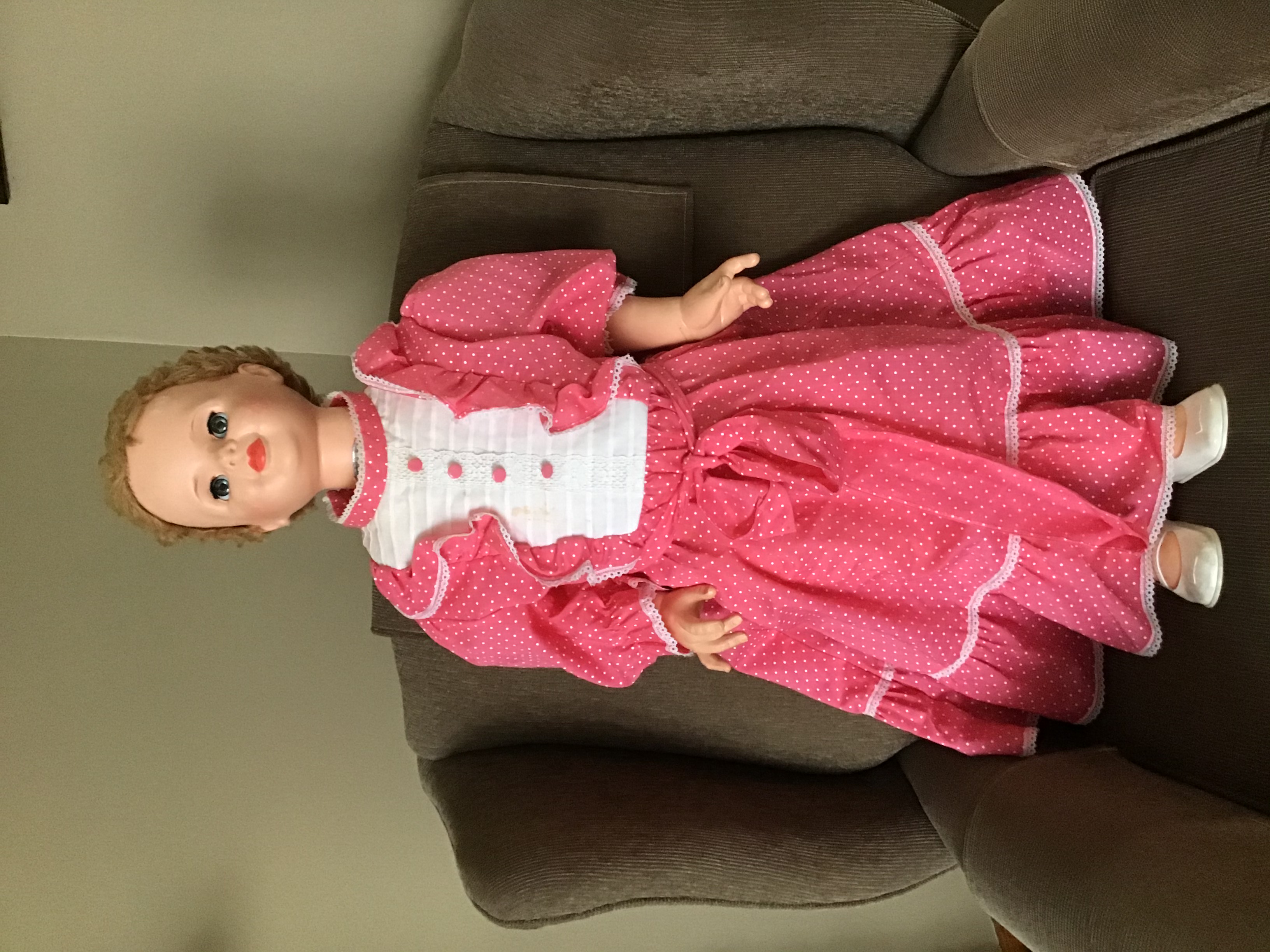 Present from the Past

My grandfather gave this walking doll to me for Christmas when it was actually taller than me. I have kept this doll for sentimental reasons for 60 years. She has moved with us three times. The shoes are original and, unfortunately, her original dress rotted so I replaced it with a dress my little girl wore when she was a few years old. The last number of years being stored in the attic haven’t been kind to this dolly. She has a cracked neck and leg now, but I still cannot bring myself to throw her out. My grandsons think she is freaky looking and are scared of her. 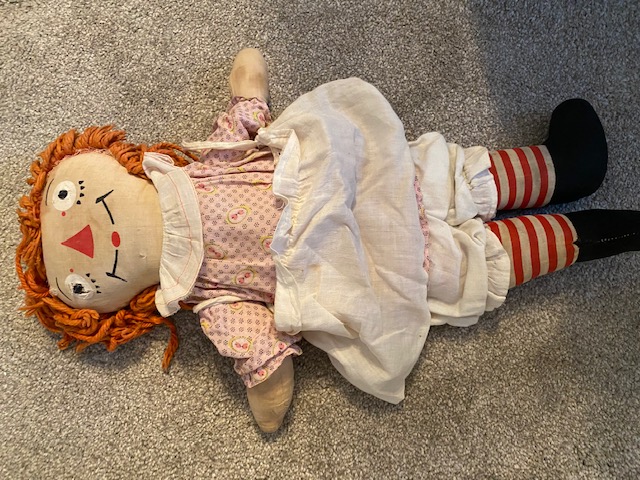 Here are three of my favourite childhood toys. Raggedy Ann was, no doubt, my favourite. I loved her so much! The xylophone was quite popular as well. The merry-go-round was owned by my siblings, who are seven and nine years older than me. I am 62, and this was passed on to me, so that one is definitely the oldest. It still brings a smile to my face when I turn the key to make it go around.