The Shantyman Returns: A Chat With Sean McCann 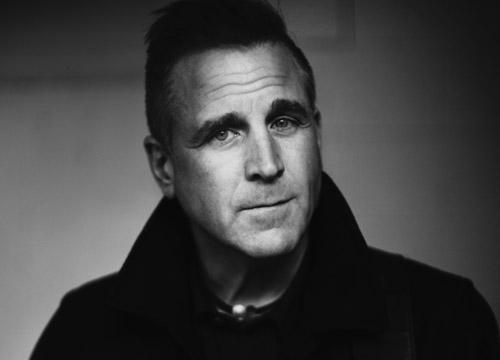 “My life in music has taught me that a song has the power to change the world... one mind at a time.” Séan McCann delivered this impressive line to an interview with Memorial University in 2014, and in 2021, it still packs a pensive punch.

On September 6, 2021, he launched his latest musical offering, Shantyman - a full-length album of collected sea shanties, recorded with a stellar crew of internationally renowned musicians.

The album opens with “Shantyman’s Life,” with heavy electric guitar riffs immediately dispelling any ideas of what you think you might know about sea shanties. There’s a different kind of heaviness to this opener -not the usual sadness one may associate with folk ballads of the sort.

Next is a classic song for the sea-faring folks, “10,000 Miles Away.” It has it all: nautical terminology, broken hearts, long-distance love, immeasurably hard work and shore leave excitement.

The album’s third track, “Rolling Sea” surprisingly has a reggae vibe - perhaps a direct influence of Gordie Johnson of Big Sugar, a best-selling Canadian reggae-rock band. Johnson mixed the album and threw in some electric slide guitar to boot. Chugging along, simplistic whistling melodies get this song stuck in your head immediately.

“We’d be alright if the wind was in our sails,” McCann chants as the song begins, a sentence that rings true for many these past couple of years. “A shot in the arm wouldn’t do us any harm,” he continues, seeming to make a very direct reference to COVID-19 vaccinations.

“Lonesome Sea” and “Go To Sea No More” predictably tell stories of a pelagic lifestyle, but have different deliveries, while ultra-catchy “Fire Down Below” is a droll, lustful number about a local lady. Fans of Rum Ragged’s “Ladies Man” will enjoy this one for sure.

The album continues with alternative folk/pop song “The Bold Fisherman,” and finishes with “On The Water” - “Let the music set me free,” McCann sings on the chorus.

One thing to note is McCann’s striking ability to have two distinct vocal stylings. Sometimes McCann sings softly, sometimes he shouts. This is especially impressive considering McCann’s well-known struggles with his voice, having undergone throat surgery in 2015.

In a strange coincidence, this writer was actually one of the last people to speak with McCann prior to that surgery. While chatting about “You Know I Love You,” his then-new album and songbook, he shockingly joked about how legendary that interview would be if he ended up mute later - a high-pressure day in the office for a somewhat green journalist.

Yet, hard work and working together seems to be a bit of a theme on this album, and speaks to McCann’s decision to release this album on Labour Day. The average working man can connect to these sea shanties as they spin tales of perseverance, endurance, and the true-blue will to work hard to create something better for one’s self, one’s family or the world around us.

McCann arguably is creating something intended for a worldwide audience with this album. During a year when sea shanties went viral on TikTok, McCann’s timeless tunes feel exceptionally relevant, and perhaps engaging to an entirely new (much younger) audience. Welcome to the sea shanty revival!

Sean McCann’s 2021 album, Shantyman, is available digitally and on CD through SeanMcCannSings.com, and will not be available on streaming services.

Wendy Rose: Your new album Shantyman, save for one original, features traditional tunes. What drew you to these particular songs and made you want to put your own spin on them?

Séan McCann: I’ve been a fairly active folklorist for most of my adult life and was actually known as “The Shantyman” in Great Big Sea because of some of the great old songs I brought to the band. But folk music for me was always much more than just a collectible in a library archive. It was something very vibrant and alive. These songs have survived so long because they have great stories and strong melodies. Shanties, in particular, were designed to help people accomplish very difficult tasks by singing loudly together and in time. Conquering COVID has proven to be the most difficult challenge humanity has faced in centuries, and we will only be successful if we all work together. These songs helped me get through the winter, and I believe they have the power to help us with the heavy lifting as we all continue to move forward.

WR: There are some big names included on this album - Hawksley Workman, Gordie Johnson of Big Sugar, Jeremy Fisher, J.P. Cormier... How did you and these artists work together while staying apart?

SM: I researched, arranged and recorded the entire record in my home studio by myself in January/February, and my initial plan was to release this gritty little personal “pandemic project.” As the songs took shape, I began to realize I was actually making a real record and that the work deserved more than I could sonically supply by myself. A good singer knows that his/her job is to “serve the song,” so I reached out to the very best in what’s left of this music “business” to help me bring these great songs to their full potential.

WR: This new album is described as being “forged in my home studio and recorded mostly remotely” Can you tell us a little about that process, and how/if it differed from your usual recording style?

SM: There’s nothing more fun than playing live in a room with other musicians, but that was simply not an option during our COVID winter, so we decided to proceed digitally and individually across thousands of miles of WiFi connection. I recorded all the vocals, acoustic guitars, bodhráns and tin whistles in Ottawa and sent those tracks over to Hawksley in Peterborough, who proceeded to add drums and bass and some other really cool sounds I would never have thought of. When he was done, I sent the new mixes over to J.P. Cormier to add some extremely cool Celtic/Appalachian fiddles. And finally, I sent the entire kit and caboodle down to Austin, Texas, where Gordie (Big Sugarman) Johnson supplied some loud electric slide guitars and some even louder studio mixes. Shanties do not happen by themselves, and I’m really grateful for the energy and dedication all my friends brought to this labour of love.

WR: After over a year and a half, it must feel somewhat strange to be heading on a Maritime tour in October... What kind of emotions are you feeling about getting back out on the road with crowds of fans?

SM: I’ve been in recovery for almost 10 years, and the success of my sobriety has been largely due to the love and respect of the many who come out to support my solo shows and musical keynote performances. Music is strong medicine, and after the last 18 months of isolation, I feel like we really need music now more than ever to recover from the trail of negative mental health impacts COVID will inevitably leave in its wake. Personally, I just can’t wait to get back on stage and blow the faces right off the front row. I am the Shantyman. I was born to sing.

WR: Speaking of fans... Can we expect some Newfoundland dates later in the fall?

SM: I love Newfoundland. Every time I get invited back East to perform, I always reach out to everyone I know in Newfoundland to see what might be done while I’m in the area. On my last visit in 2019, I volunteered to speak at the Provincial Youth Conference and shared my truth with the inmates and fellow addicts of Her Majesty's Penitentiary, which is desperately in need of an upgrade. I would love to be invited back to do a Shantyman concert someday.