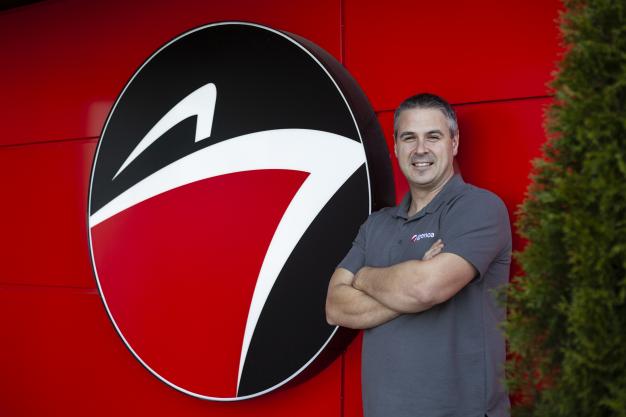 A student of naval architecture was surprised to learn he was the latest in an esteemed boat-building lineage.

Hoist the sails and steer your imagination back in time to New Harbour, Trinity Bay, 220 years ago. Boats of all sizes crowd the shoreline and Charles Newhook, master shipbuilder, and his crew are in the midst of constructing a new vessel. The scent of freshly chopped wood mingles with the salty breeze, and the noise of sawing and hammering fills the air.

In those early days, skilled craftsmen like Newhook transformed the plentiful stands of timber into beautiful barques, brigs and schooners - ships for fishing, sealing and trading, perfectly suited to brave the wind and cold of the North Atlantic. Charles arrived in Newfoundland in 1779, and centuries later, his legacy lives on.

Brian Newhook grew up about as far away from Trinity Bay as you can get on the island of Newfoundland. “I grew up on the southwest coast, over around Port aux Basques in a little town called Burnt Islands. My parents were teachers,” he says. And although he didn’t grow up seeing ships being built, he was often intrigued by the idea of how heavy materials could be fitted together to form something that floats.

“Ever since my dad started asking me ‘What do you want to do?’” he recounts, “I had an interest in ships and building boats.”

Brian followed that interest and went on to study naval architecture technology at the Marine Institute - a state-of-the art engineering program focusing on the design and construction of marine vessels and structures. It was through a series of coincidences there that Brian learned about his connection with the storied Newhooks.

“I was in my second year of college when I read something about the Newhook shipbuilding heritage,” he says. “There’s so many careers, and so many paths that you can go down. For me to make my way into that field… I was like, look at that, I continue in the family tradition without even really knowing it.”

Brian researched his shipbuilder ancestors, consulting Calvin Evans’ book, Master Shipbuilders of Newfoundland, Volume One, and work done by archives research officer N.C. Crewe in the 1960s, available online. The first Newhook, master shipbuilder Charles, arrived in Trinity to work for Benjamin Lester - the man in charge of the largest merchant trading operation in Newfoundland. By 1788, Lester’s firm had more than 20 fine vessels, although since ships were not regularly registered in Newfoundland, we don’t know any details about them.

Three of Charles’ sons became master shipbuilders like their father. William built for the Robert Slade merchant firm; James built in Norman’s Cove; and Charles Newhook (II) continued the tradition at Lester & Garland for 30 years. Three of the younger Charles’ sons then became the third generation of shipbuilding Newhooks: Charles Newell Newhook, Robert Penny Newhook and Jonas Newell Newhook. Jonas built both the 303-ton barque Tasso (1854), the great rival for Michael Kearney’s famous Rothesay; and the Fleetwing (around 1857), regarded by many as the fastest and finest vessel that ever sailed.

Along another branch of the family tree there’s another master builder Charles: Charles Newhook, son of William, sometimes referred to as “the bachelor” because he never married. He’s been described as the greatest of the many well-known shipbuilders in Trinity. Through a career spanning the 1840s to the 1880s, he built many ships including the Lizzie, the Henry Thomas, and the 53-ton schooner Marian. His work was so fine, one anecdote tells of Charles fitting a vessel with a new stern. It fit perfectly; not a single shaving had to be pared off.

College-aged Brian didn’t know any of this. It took another little coincidence first. “While I was going to the Marine Institute, I was renting a house down on Military Road,” he recalls. “My landlord, when I first met him, said ‘Oh, you’re a Newhook. My wife is a Newhook. Who’s your grandfather?’” Turns out, the landlord’s wife was interested in genealogy and had been tracing the family tree all the way back to the first Charles. “The next month when he came to pick up rent, he had a copy of the family tree she had done off for me, with my line added.” Brian still sounds touched at the memory.

Brian now works with Genoa Design International - a local company specializing in production design and 3D modelling services to shipbuilding and offshore industries since 1995. As one of the most sought-after production design firms in the North American shipbuilding market, Genoa is involved with the National Shipbuilding Strategy program for the renewal of the Canadian Coast Guard and the Royal Canadian Navy fleet, as well as crafting polar security vessels for the US Coast Guard. Brian beams when he talks about his career and pride he takes in being part of a lineage of talented shipbuilders.

And what about the next generation of master builders? “My son is in Grade 2,” Brian says, “and each year we get him to hold up a little board on the first day of school. One of the things we put on there is ‘What do I want to be?’ and he always says, ‘Naval architect like my dad.’”

What a wonderful story. Some things are meant to be! Good luck to you, and may the tradition continue!