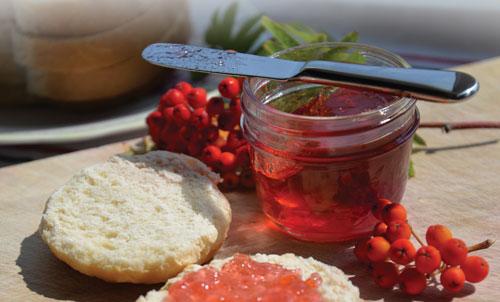 With jams and jellies made from Newfoundland and Labrador berries, you can really put out a spread! Thank you to the readers who helped us compile this delicious list.

Boil dogberries covered with 4 cups water until berries are soft. Mash berries while cooking. When berries are soft, remove from heat and cool mixture. Strain the berry mixture through a couple of layers of cheesecloth. Boil berry juice with sugar and liquid pectin. Boil until syrupy. To test for doneness, place a drop of the jelly on a chilled plate from the freezer. It should turn to a gel in a few minutes. Pour into sterilized jars and apply lids.