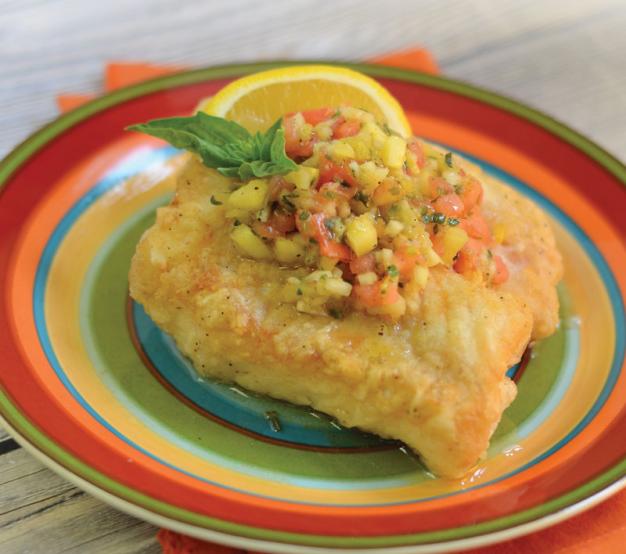 The NL food fishery sent us looking for ways to enjoy the catch of the day!

Mix last 9 ingredients together to make the salsa. Set aside to marinate in the fridge for at least an hour. Dredge fish in flour and fry in hot oil. Serve fish topped with salsa. Serves 4.