Wendy Rose talks with Justin Fancy about his new album, Sure Beats a Good Time

Hailing from Conception Bay South, NL, it’s hard to know whether to call Justin Fancy a townie or a bayman, based on his proximity to the province’s capital city. There’s one title that Fancy holds without any debate: award-winning yet still-rising star in the Newfoundland country music scene.

Fancy released his debut album, Sure Beats A Good Time in September 2020. Working within Covid-19 restrictions, capacity was limited, but Fancy worked with Corner Brook’s Steady Entertainment to live-stream the show, which boasted an opening act by comedian Shaun Majumder - an impressive feat for an emerging artist. And just two months after the album release, Fancy spotted his name on the list of nominees for the 2020 MusicNL Awards, which he went on to win - not bad for a debut album, wha?

The first song on the record is the title track, “Sure Beats A Good Time,” and it’s obvious within 30 seconds of this seven-song, 24-minute album that this is some good and true country-rock. Fancy has a thick country twang, singing about universally relatable topics like friendship, self-doubt, making love, getting excited for Friday nights, and just generally making the most of life.

A personal favourite from the album was “Stop Lovin’ You.” This fourth track is where Fancy really bares all, showing deep emotions in his lyrics. “There are things that I learned to do in spite of the feelings that I had for you. There’s no turning back but I have to stay, I built up my walls since you went away. There’s nothing left for me to sing, I’ve driven myself to stop loving you.”

Another slower tune, “Wonderworld,” is more in the traditional country/western vein. The fantastic fiddle playing on this track makes it stand out on the album.

“Figure This Out” is a perfect fit for a country radio playlist, with its catchy hook and simplistic chorus. It’s an easy tune to sing along with, even on the first spin.

The album closes with “Lovin’ Man,” an emotional piece about a father gifting his son with a guitar. Though I’m unsure if it’s autobiographical, after interviewing Fancy and listening to his album, I think it’s pretty obvious that these lyrics come straight from the heart - and from this rising country star’s past, which is certainly helping to shape his future.

In the coming months, fans can get hyped for another single from Sure Beats A Good Time with an accompanying music video. However, the real excitement comes in 2022 when Fancy expects to release a second album or EP. 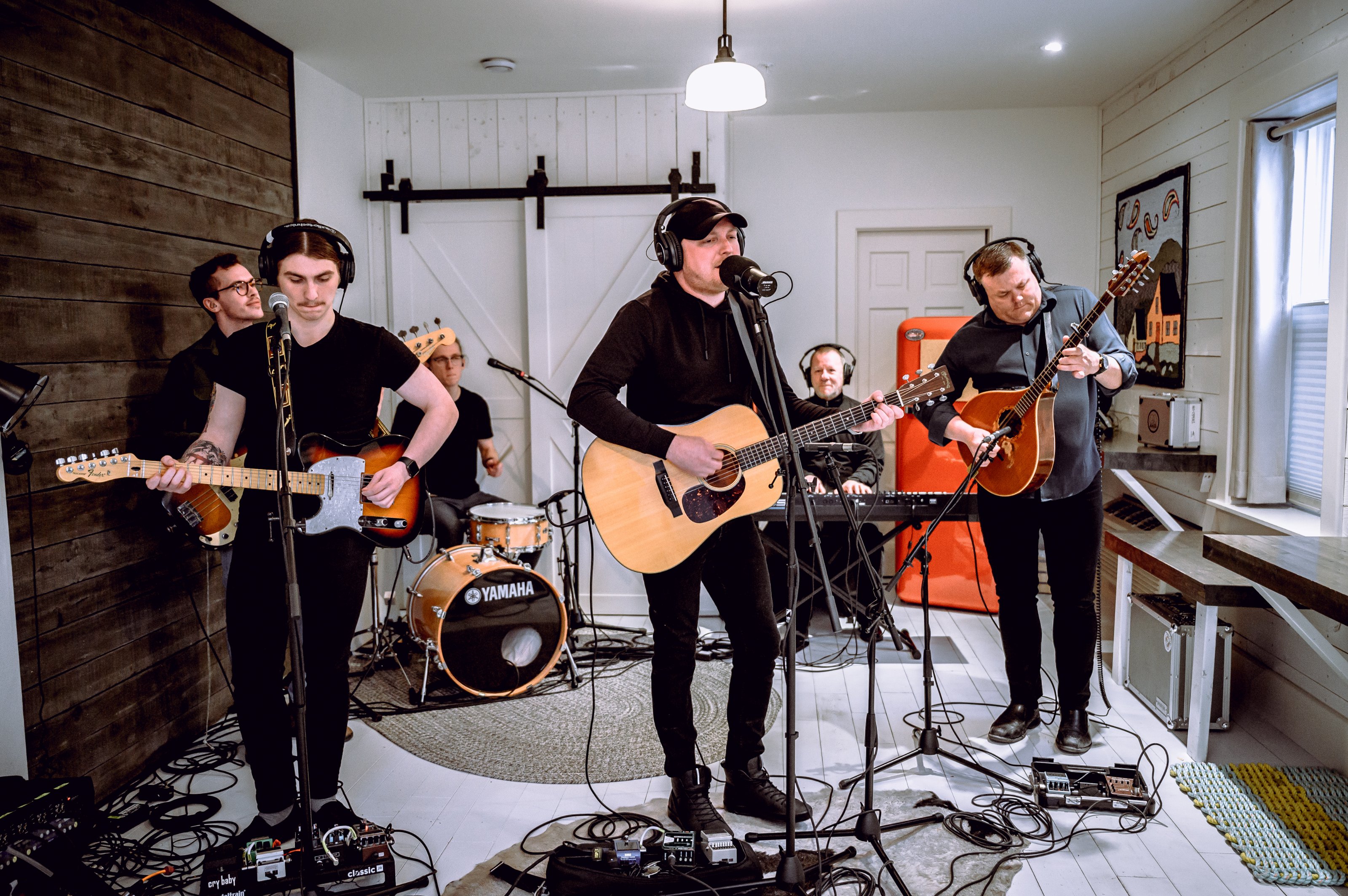 Wendy Rose: Did you grow up listening to country music legends, or was this a genre you dove into on your own accord?

Justin Fancy: Country music has always been a huge part of my life ever since I can remember. As a teenager, everywhere I went there was country music on in the car, at home; and as technology advanced it became a whole lot easier to access the older songs. I remember looking up the Top 100 Country Songs of all time and downloading them one by one. When I started to learn how to play guitar at the age of 13, I was obsessed over the stories the songs told, the chord progression, the crying of the steel guitar, and other musical and lyrical elements that made up the songs.

I remember playing around campfires at campsites at an early age, entertaining the older folk with a mixture of traditional Newfoundland and Irish music, but mostly country and western songs. I grew up around country music in my hometown of Conception Bay South, and I credit my friends and family for that.

WR: Where do you draw your inspiration from when writing?

JF: I certainly write from personal experience and emotion, and I think listening to country music inspired me to be able to write such vulnerable songs. It’s not easy to talk about or express your emotions, especially when sometimes they are based on bad experiences you’ve had with relationships, or with life.

My most recent country music hero, Luke Combs, was the one who changed it all for me. His songs, his talk about breakups and raw emotion, and really opening up to his fans was very inspiring for me, and I can say that he was one of the main reasons I finally got the courage to release this music.

Listening to music that was a lot older than me, I was and still am so amazed at how open and beautifully vulnerable country songs were back then… I think growing up and being able to relate to these songs really taught me how to write and try and do the same for others.

WR: Sure Beats A Good Time earned you two 2020 MusicNL Awards - Country Artist of the Year and Rising Star of the Year - as well as a nod from the ECMAs for Inspirational Album of the Year. What was your reaction to these wins and nominations?

JF: It’s just an amazing feeling to know that your fans and the music community are watching the success and the amount of work that has gone into this. It takes a great team in the background to sustain a career in this industry, and I have to acknowledge them at every opportunity possible. The awards motivate me to continue this journey, and I’m forever grateful for the recognition.

WR: There’s no doubt that a pandemic is definitely a strange time to launch a music career, but do you have any parting wisdom for any emerging musicians who might be hesitant to take the leap right now? Aside from, you know, advising them to definitely make branded face masks? (Genius, btw.)

JF: I think it’s very important to make a plan, pandemic or not. Do your research, develop industry relationships and seek their advice on what they think is best... The biggest mistake I find [is] independent artists… [who] just release a song with no plan and hope that it’s the next top 40 Billboard hit. The song could be the best song in music history, but without the proper promotion and plan, the song won’t be heard.