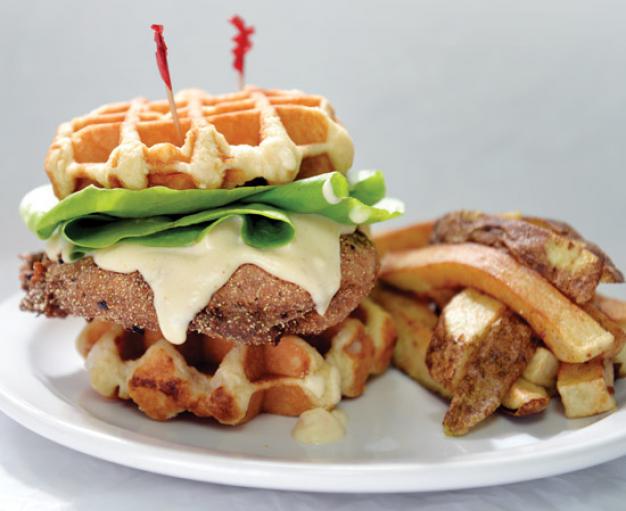 Hoping to be declared the burger king or queen at the next backyard BBQ? Here's a recipe that will have your guests flipping over your skills!

For the dressing: Whisk all ingredients together thoroughly and adjust the sweetness/acidity to your preference by adding more sugar or vinegar.

Assembly: Place a chicken breast on one waffle, drizzle with dressing, add lettuce, and top with a second waffle. Serve immediately.