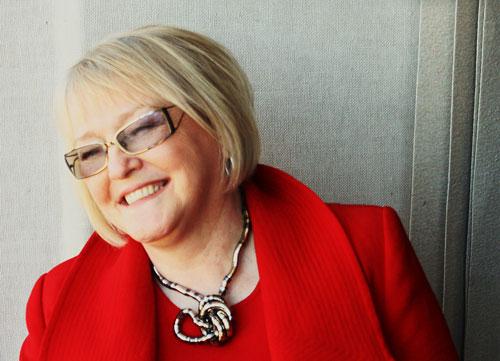 “I don’t do plaid jackets and rubber boots.” Words from Marie Sharpe on her life-long approach to costume design for Newfoundland theatre, television and film. Marie’s approach reflects her perception of the variety of Newfoundland and Labrador culture and how that culture should be portrayed, beyond the clichés and stereotypes - a collaborative approach that should reflect the characters to help the director and author tell the story. “Clothing,” she says, “is a big part of that transformation. It is about the character in the play/film. Who are they? Their history? Their socioeconomic status? Where would they shop? What can they afford?”

Marie’s career in costume design started with sewing and, undoubtedly, Marie’s love of sewing can be traced back to her birthplace in St. John’s - Goodview Street, where she lived until married - and her admiration of maternal grandmother Martha. Though her grandmother died when Marie was only three or four years old, Marie heard countless stories from her own mother, Mary, who was good at repair and mending but said Martha “was a brilliant seamstress.” Of course, Depression-era necessity drove Martha’s sewing, like taking her husband’s winter coat, pulling it apart and piecing it back together as two coats for her children. These stories of her grandmother deeply resonated. In high school, Marie signed up for a sewing course and, for her, “the whole process was natural. I took to it like duck to water.” 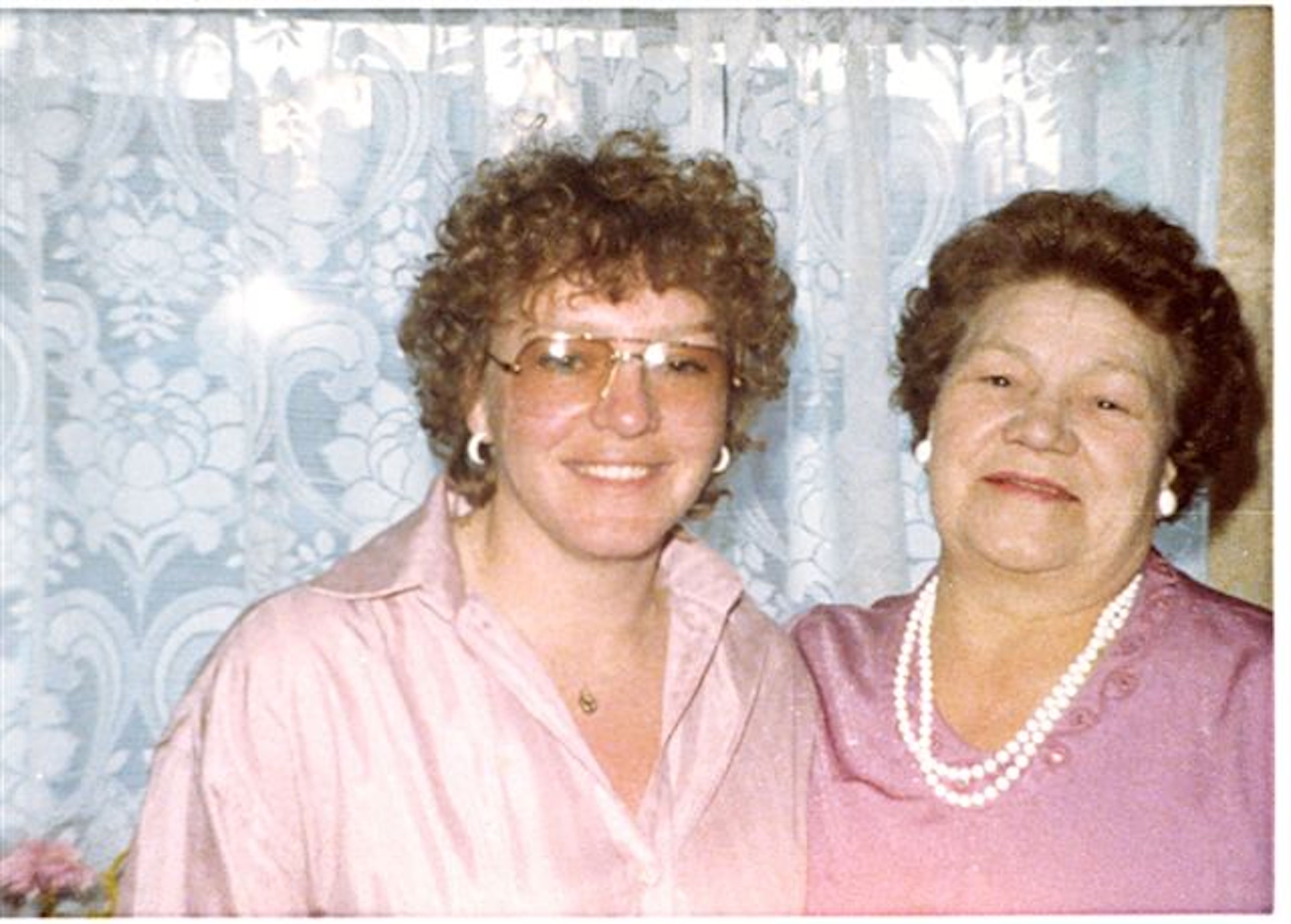 If Memorial University of Newfoundland (MUN) had a fine arts program in the early ’70s it would have been Marie’s choice, hands down. As it was, she ended up studying sociology but continued with the sewing, earning a few bucks by making clothes to sell at the Student Centre. A friend who was working at the Arts and Cultural Centre (ACC) asked Marie if she would like to join her and help sew for the annual fall musical (that year it was “The Music Man,” starring Gordon Pinsent). Pretty much, folks, that was that. In Marie’s words: “The day I went in I was totally at home.” The staff at ACC must have recognized the same thing as they asked her to stay for an upcoming Christmas show which led, upon her graduation in 1974, to a permanent part-time position for 10 years (though working full-time hours, and beyond). Marie’s original title was “wardrobe mistress,” and she was solely responsible for the costume department and designing all costumes. Sometime in the early ’80s they changed her title to costume designer and her position was made officially full-time.

Over her career with the ACC, Marie turned a once humble sewing and wardrobe room into an irreplaceable costume bank. Her industriousness, instilled in her by her parents as she grew up on Goodview Street, combined with her education helped her develop her costume design philosophy. Although sociology may not seem related to textiles, it provided a solid grounding in understanding how society works and how to do proper research. According to Marie, “This held me in good stead when I was figuring out how to build a show. I was the first person at the ACC, or in Newfoundland, who was going to be the costumer full-time. The job evolved around me. I spent many, many long hours in libraries researching different periods of clothing. I had no problem at all doing this. I read and read and read until I figured it all out. There was no one before me, I had no one to ask. My degree gave me the confidence and the know-how to learn what I needed to learn. No internet back then.”

Marie’s work ethic also led to great amounts of overtime, which she used for time in lieu - a flexible work arrangement that allowed her to accept side projects, such as with the CBC on a program called “Tales of Pigeon Inlet.” Ted Russell, who had died in 1977, was a former politician who once served in Joey Smallwood’s cabinet. After leaving politics he became well-known in the 1950s for the stories he wrote and narrated on radio as “Uncle Mose” about life in a fictional outport he called Pigeon Inlet. CBC-TV adapted some of those stories into half-hour shows in the ’80s. From there, Marie became a stalwart of NL theatrical, television and film production. Over the next 30 years she was involved in a number of wide-ranging films including Divine Ryans in 1998 and Maudie in 2015; television documentaries such as Ocean Ranger and Newfoundland at Armageddon; television specials, Buddy Wasisname & the Other Fellas, the St. John’s audition for “Canadian Idol” in 2004, and even that Canadian classic, “Heritage Moment.” The one Marie worked on was about Marconi and Signal Hill. 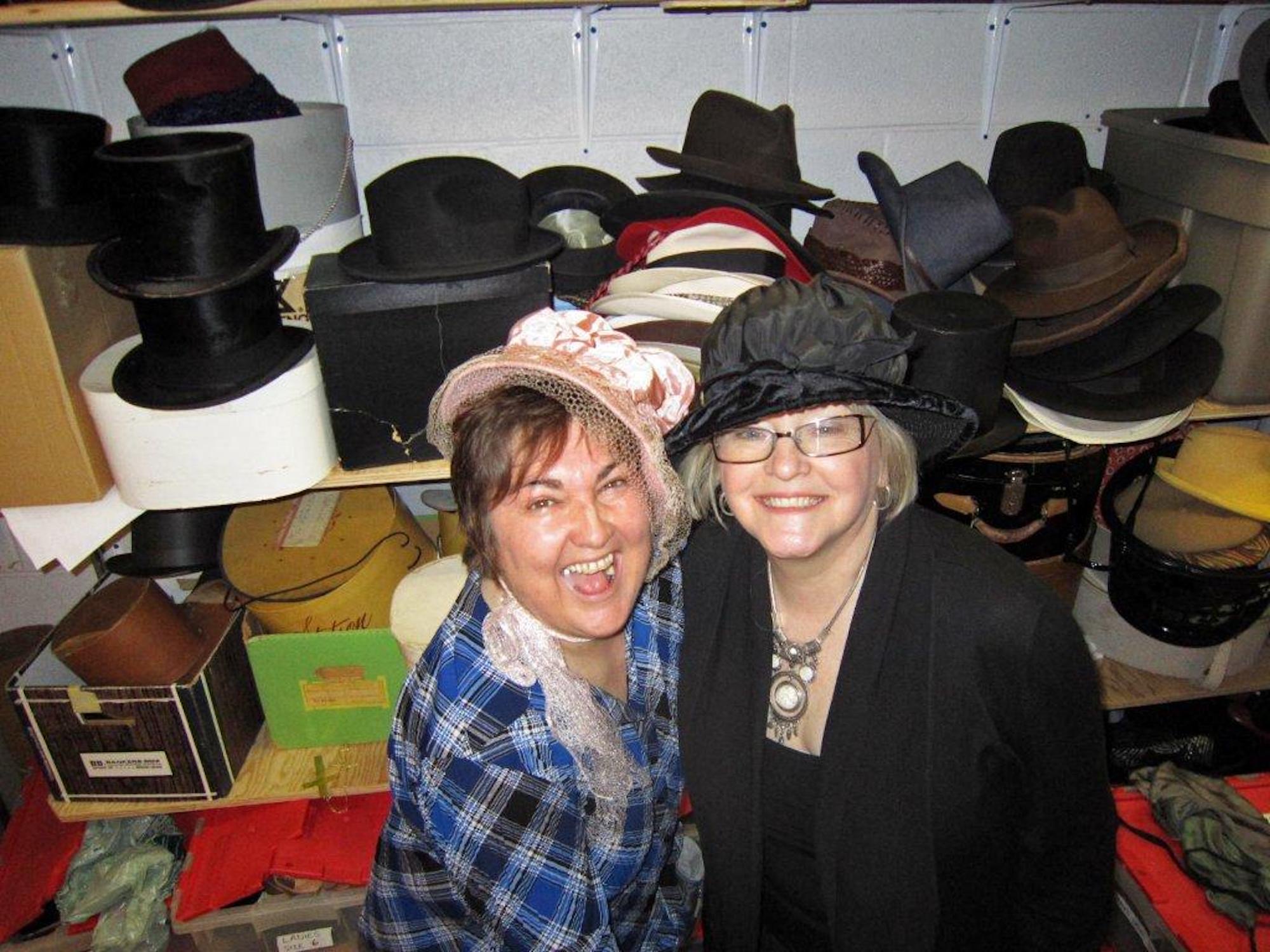 Her involvement in “Republic of Doyle” was probably the TV production most recognized by Canadians outside of the province. During the first two seasons, her name rolled with the key credits at the beginning of the program: Marie Sharpe, Costume Designer.

But it’s not “seeing her name in lights” that has ever driven her, it is the work and the people she works with that have motivated Marie. One of the early people who enthralled Marie was singer Joan Morrissey, a Newfoundland icon in the ’60s and ’70s. Marie worked on the musical Gypsy at the ACC, which starred Morrissey, and remembers “Joan had the first gold-selling record in Newfoundland and was often at the ACC, performing in concerts, a lot of them charity concerts. She always stepped up.” Unfortunately, Joan Morrissey suffered severe depression after heart surgery and died by suicide in 1978, at the age of 42.

The most constant performer over Marie’s career has been Mary Walsh. For Marie, Mary is a girl from the neighbourhood, “having started life on the bottom of Carters Hill, just below the steps across the street from my Uncle Gerald’s store. She went to a different Catholic School than me. But knowing that we came from the same neighbourhood always made me one of Mary’s nearest and dearest.” Marie worked on Mary’s first one-woman show, Dancing with Rage. “Although it was the life of Mary Delahunty, Princess Warrior, it was loosely based on Mary’s life. Much of it was purely fictional, but you could always imagine that these sometimes hilarious and sometimes heartbreaking situations could be Mary Walsh’s truth,” Marie says. “It was a complicated show to do because she never left the stage. All of the costume changes took place onstage in front of the audience, starting out in a child’s bathrobe, ending in the Marg Princess Warrior. I cannot count the number of times that I had to rebuild that costume over the years.”

Another standout for Marie has been her involvement with the theatrical company Artistic Fraud of Newfoundland, beginning in 1998 on their production of Jesus Christ Superstar. Some of Marie’s costumes for their productions, such as Oil and Water and Colony of Unrequited Dreams, have travelled to theatres across Canada.

Marie’s artistic life came full circle in 2019 when she designed costumes for a short film about Joan Morrissey’s life, Surrounded by Water (also the title of one of her most famous songs). The Canadian Alliance of Film and Television Costume Arts and Design nominated Marie for Costume Design in Short Film. Although she didn’t win, she attended the awards. “It was a lovely weekend of events and I got to know some great people. At dinner, I sat with the lady who designed ‘The Handmaids Tale.’” True to Marie’s modest nature, she “never intended to go but I got guilted into it at the last minute.” There you have Marie, if you want a summation. 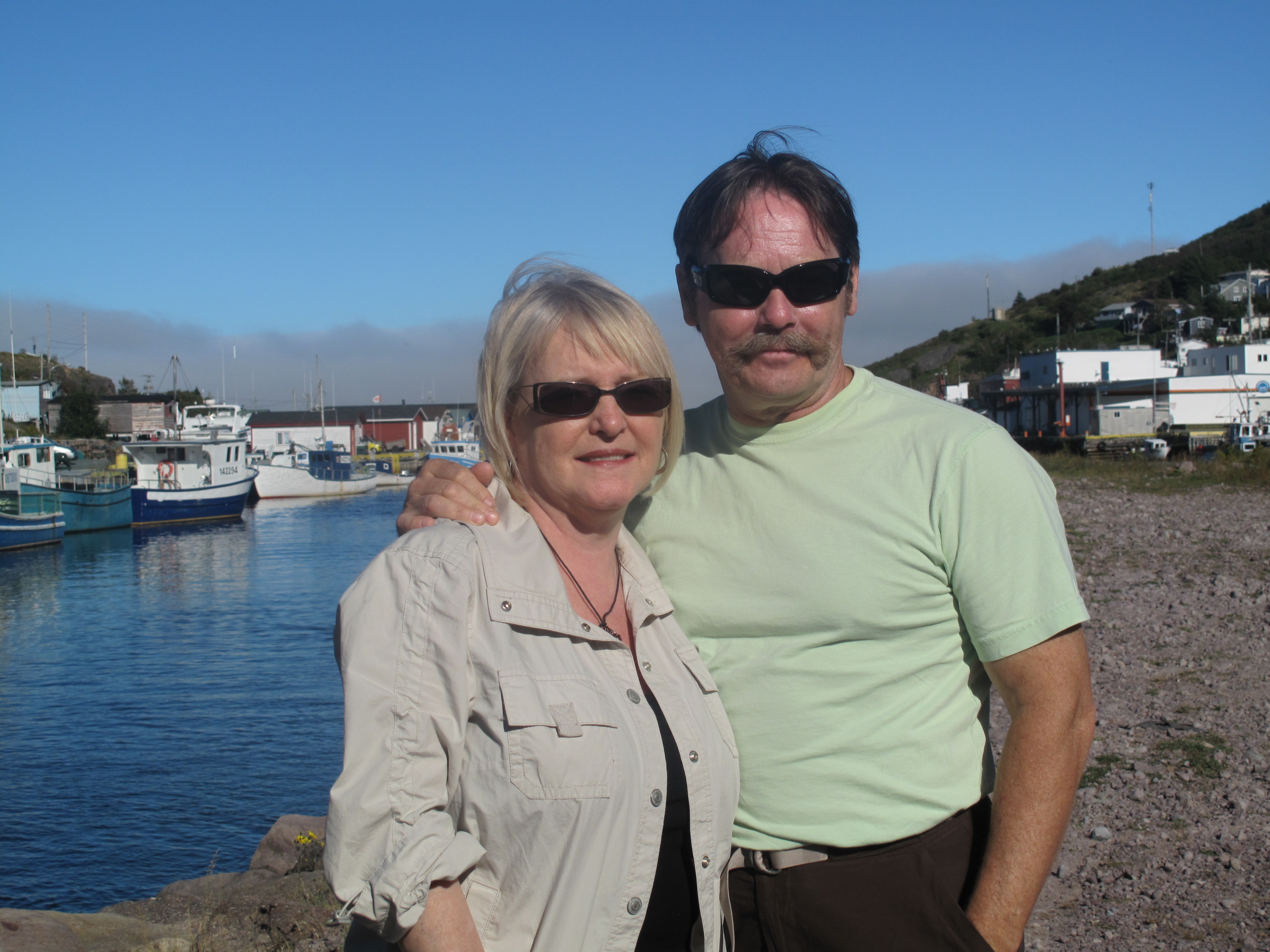 Her loving husband Paul, and daughters Victoria and Rebecca, had to guilt her into an award ceremony meant to celebrate her and her work in the industry she loves. Not the limelight for Marie - rather like that phttt she gave when I asked about her Public Service award.

Perhaps we can rephrase an old saying to fit Marie Sharpe: You can take the girl out of Goodview Street, but you can’t take Goodview Street out of the girl.

Ed Seaward’s novel, Fair, was published by The Porcupine’s Quill in 2020. Mother Daughter Happiness was a screenplay finalist at the 2019 Pasadena International Film Festival. His writing series Profiles from the Bright Side of the Road can be found on his website, edseaward.com. Although born in London, ON, his father was born in St. John’s, NL, and his paternal grandfather in Gooseberry Cove, Trinity Bay. Ed currently lives in Georgetown, ON, with his wife, Barb.