Bill Sharpe of Billy and the Bruisers

In July 1997, I visited Newfoundland for the first time since I was a child. In 1968, after the London, Ontario factory he worked in closed, my father decided to move the family back home, which of course included my mother, sister and me. I’d visited St. John’s once before, 1966, for the grand “Come Home Year”celebration. For the brief time we lived in St. John’s in 1968, we stayed in our 15-foot trailer parked in the driveway of the only St. John’s home my father lived in, the house he was born in and his half-brother Bill Davis owned: 35 Goodview Street. Up the street at 43 Goodview lived my dad’s first cousin, Mary. Her last name, through marriage to Ambrose, was Sharpe and she had five children.

I can’t say that I remember any of my five Sharpe cousins - Bill, Marie,  Joan, Doug and Bob - from that summer, but when I returned as an adult, an immediate connection bonded me to them. My time spent with them was not only delightful but also meaningful, and when I created a web-based writing series, Profiles from the Bright Side of the Road, I knew I needed to explore the lives of these Sharpe cousins, to uncover the big picture of Newfoundland through the small details. Such as, how did Billy Sharpe become so passionate about playing drums?

Billy Sharpe before The Bruisers

Bobby Curtola, an enormous Canadian pop star in the 1960s, signed on with Coca-Cola as their pitchman in 1964 and toured the country singing “Things Go Better With Coke.” In the summer of 1965 he played St. John’s, but when he left to go back to the mainland, Curtola was short his drummer. Gordie Faye stayed behind, smitten with a local girl who lived up the street from 43 Goodview, the house where young teenager Bill Sharpe resided with his parents and four siblings. There was no room for Gordie to store the drums, so one of Bill’s friends on Goodview Street offered to hold on to them if he was allowed to “try them out.” As Billy said to me, “I never met Gordie, just his drums, and we learned beats listening to the Beatles album Please Please Me.” For Billy, those drums“created a monster. Every day I tapped on the kitchen table with spoons, then on school desks with pencils, until I drove everyone around me nuts.” 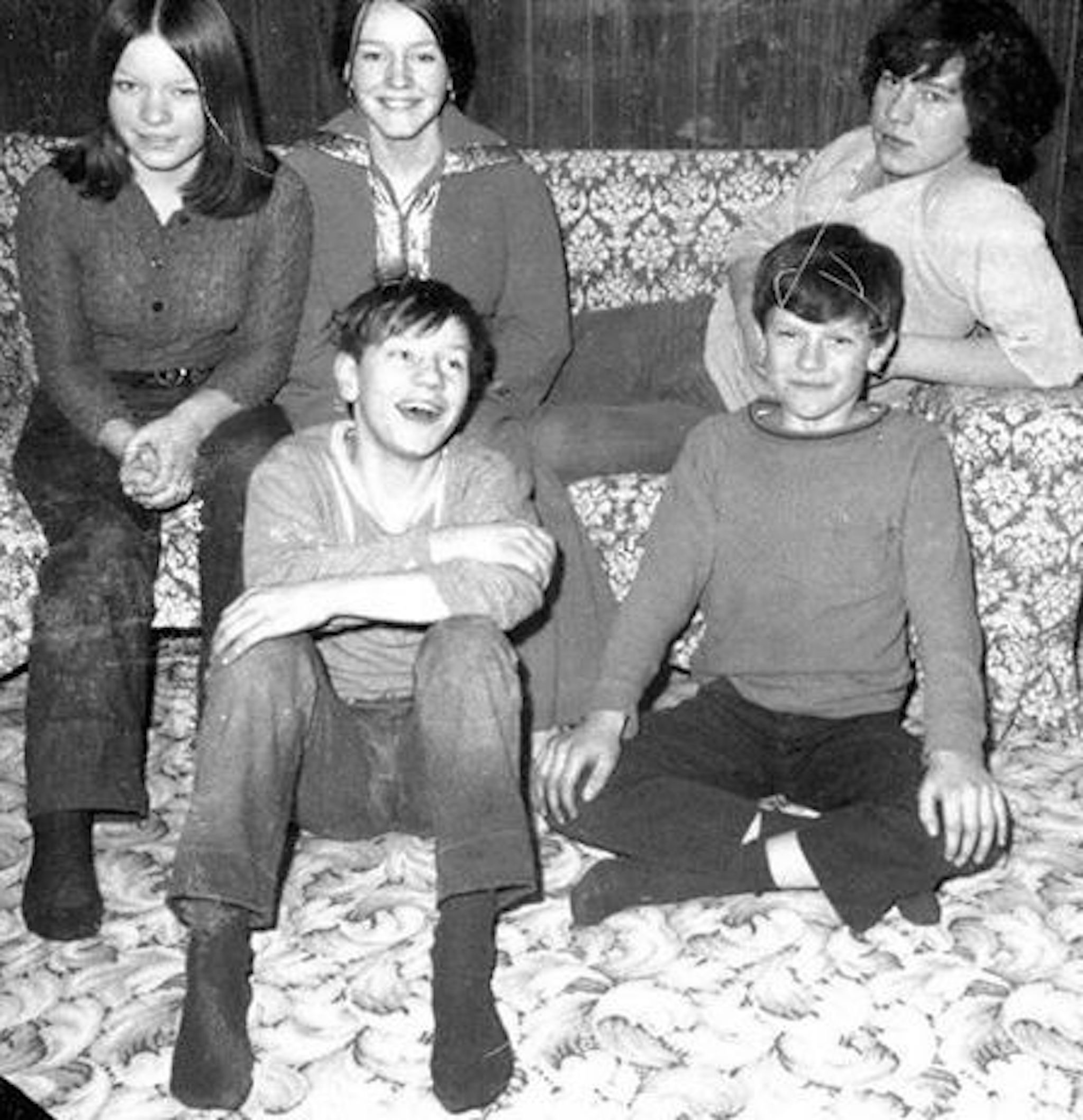 In the mid-’60s, the radio brought forth the best of British and American rock ’n’ roll. It is not that other music wasn’t appreciated by Bill, a self-described“long hair,” but a St. John’s teenager was, well, a teenager! His father had promised Bill a substantial graduation present when he finished high school. The Sharpe household survived on the single wage-earner Ambrose, while Mary managed all finances with thrift and ingenuity. The only way to pay for a substantial gift was through the Sears monthly payment plan. Bill had his eye on a Honda 90 motorcycle - much to his mother’s disconcertment. He and his dad wandered through the music department on the way to pick out a specific bike. When his dad asked him which bike, Bill answered, “Well, let me think about it for a day,” as he headed back to look at a drum kit. When the next day came, his passion for music could not be denied, to the great delight of his mother who hated motorcycles. He chose the drum kit and his fate was sealed.

Bill is not only passionate, he’s infinitely curious, assiduous in work and something of a hard case. Single-minded in his pursuits, including instilling the discipline required of everyone to create the sound for which he strives,Bill has been the band leader in every group he has played with and openly describes himself as “savage.” Curiosity shaped Bill’s search for beats as he strove beyond listening to the popular music of the day and sought out Latin and African music. Various sounds of percussion formed and melded in his young mind, sounds he took forward with him for the rest of his life. That curiosity arose from living on what Bill describes as being “a unique street in a unique town; St. John’s like being on the edge of the world.” Santana is his favourite band, and it’s not hard to understand given Santana’s constant evolution and fusion of Latin, blues, progressive rock and jazz.

At 17, Bill formed his first band, Roxy. During those early days of playing he was out of school; his marks didn’t qualify him for entry into Memorial University of Newfoundland. That didn’t deter Bill, driven by that work ethic and single-mindedness. While playing gigs seven nights a week, he took courses to upgrade his marks. When he turned 19, he applied as a mature student and completed a double major in English and French in 1974. From there he became a high school teacher, continued taking university courses to earn his Master of Education, Learning Resources, and, of course, played rock ’n’ roll every night. Somewhere along the way he picked up his real estate licence and began selling houses.

The Bruisers are Born

In those days Roxy played not only clubs and dances, but also opened for St. John’s concert acts ranging anywhere from Alice Cooper to Gino Vannelli to the Guess Who. By the early ’90s, turning 40 years old, Bill thought it time to slow down. He had an idea of a new band, a “project” Bill called it, bringingt ogether a few guys of similar age whom he’d played with most of his life. Thus was born Billy and the Bruisers, a five-piece band who would limit themselves to 10 or 12 gigs a year. Well, you know what they say about best-laid plans.

Over the next few years they went from a five-piece to an 11-piece band, including a horns section put together by recruiting three “young lads” from MUN’s music program. Bill’s younger brother Doug joined, too, playing percussion. The Bruisers entered and won a Canada-wide SoCan songwriting contest in 1994, bringing them $5,000 worth of new recording equipment and Sony Music knocking on their door. All of a sudden the little “project” band was an R&B sensation, with a tight sound of horns, keyboards, guitars and percussion, and writing original music. Yet the core were family men who’d established full-time careers outside of music. Faced with the choice of going on the road full time as part of the recording contract, they collectively decided to turn down Sony.

Nonetheless, they did record, starting with If It’s Too Good To Be True… And they managed some travel over the years, playing beyond East Coast Canada to Ontario, Bermuda and one time at the World Jazz Festival in Finland. Today, Billy and the Bruisers can look back at seven records, five TV appearances, and an evening playing with the Newfoundland Symphony. 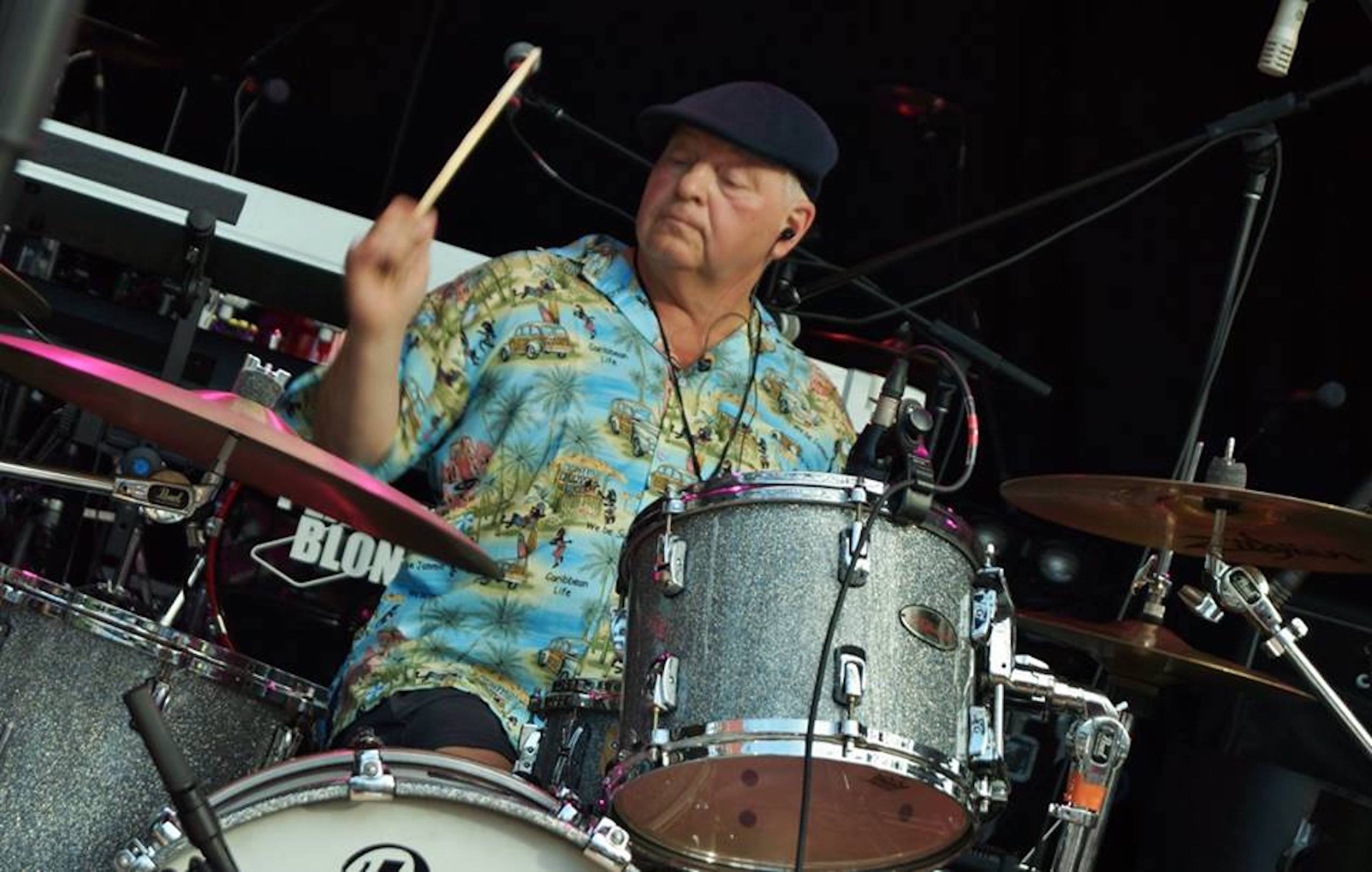 Still behind the mic

When Coast 101.1 FM’s station manager approached Bill, wanting him to put together a weekly blues show, Bill answered, “No you don’t.” Then he went on to explain that “blues has a limited audience. What you want is a popular jazz show.” Bill knew that he could craft a show appealing to a much wider audience using a programming mix based on a simple but inclusive formula that rotates through a female singer, then a male singer, then a group, then an instrumental piece. On a Sunday morning, whether you’re listening at your kitchen table or driving in your car, the three-hour program will encapsulate you in the most wide-ranging sound popular jazz has to offer, touching on everyone’s music tastes. Cool Jazz it became.

Looking back on his life, there is a grand acknowledgment of his parents, especially his mother - a sentiment shared by his brothers and sisters. Bill said to me that when his grandfather died young his “mother’s family was driven into poverty.” Yet through perseverance and ingenuity, Mary Seaward eventually saved her younger brothers from the orphanage and stayed in that family home, where she married Ambrose Sharpe. They both died within a year of each other, on Goodview Street. That perseverance and ingenuity lodged deep in Bill at the earliest. Despite the economic hardships that exist in Newfoundland and Labrador, the question of him ever leaving is odd to Bill in its very asking. He was born and raised on a unique street in a unique city, and spent his life living in city that feels to him like the edge of the world. Leaving home is unfathomable to him. Why would you even ask?

Ed Seaward is a published author whose novel, Fair (The Porcupine’s Quill), was released in 2020. His screenplay Mother Daughter Happiness was a finalist at the 2019 Pasadena International Film Festival. His writing series “Profiles from the Bright Side of the Road” can be found on his website, Edseaward.com. Although born in London, ON, his father was born in St. John’s and his paternal grandfather in Gooseberry Cove, Trinity Bay. Ed currently lives in Georgetown,ON, with his wife, Barb.