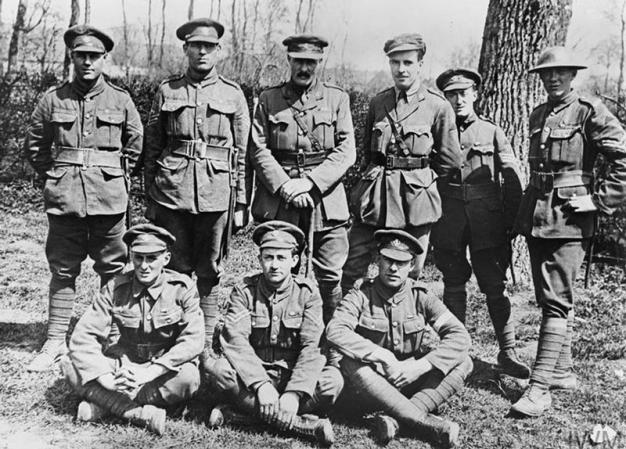 In early 1917, the Canadian Expeditionary Force had just secured Vimy Ridge. The Newfoundland Regiment, now under the leadership of Lt.-Col. James Forbes-Robertson, was to continue the campaign and launch an attack against an objective known as Infantry Hill.

Alongside their comrades from the First Essex Regiment, the Regiment struck east from the village of Monchy-le-Preux on April 14, 1917. The attack soon met fire from German machine gun and artillery positions, and casualties were severe. Reports soon warned that the Germans were near to recapturing the village and regaining valuable terrain.

Lt.-Col.Forbes-Robertson quickly rounded up his HQ staff. Collecting weapons and ammunition from the dead and wounded, they hastened under heavy artillery fire to defend the position. Ten men - nine from Newfoundland and one from Essex - armed only with rifles, managed to hold off the German army for more than 11 hours. In what’s now considered to be the Regiment’s greatest victory, they saved the British line near Arras from a complete collapse.