Leaving With Nothing Rube & Rake 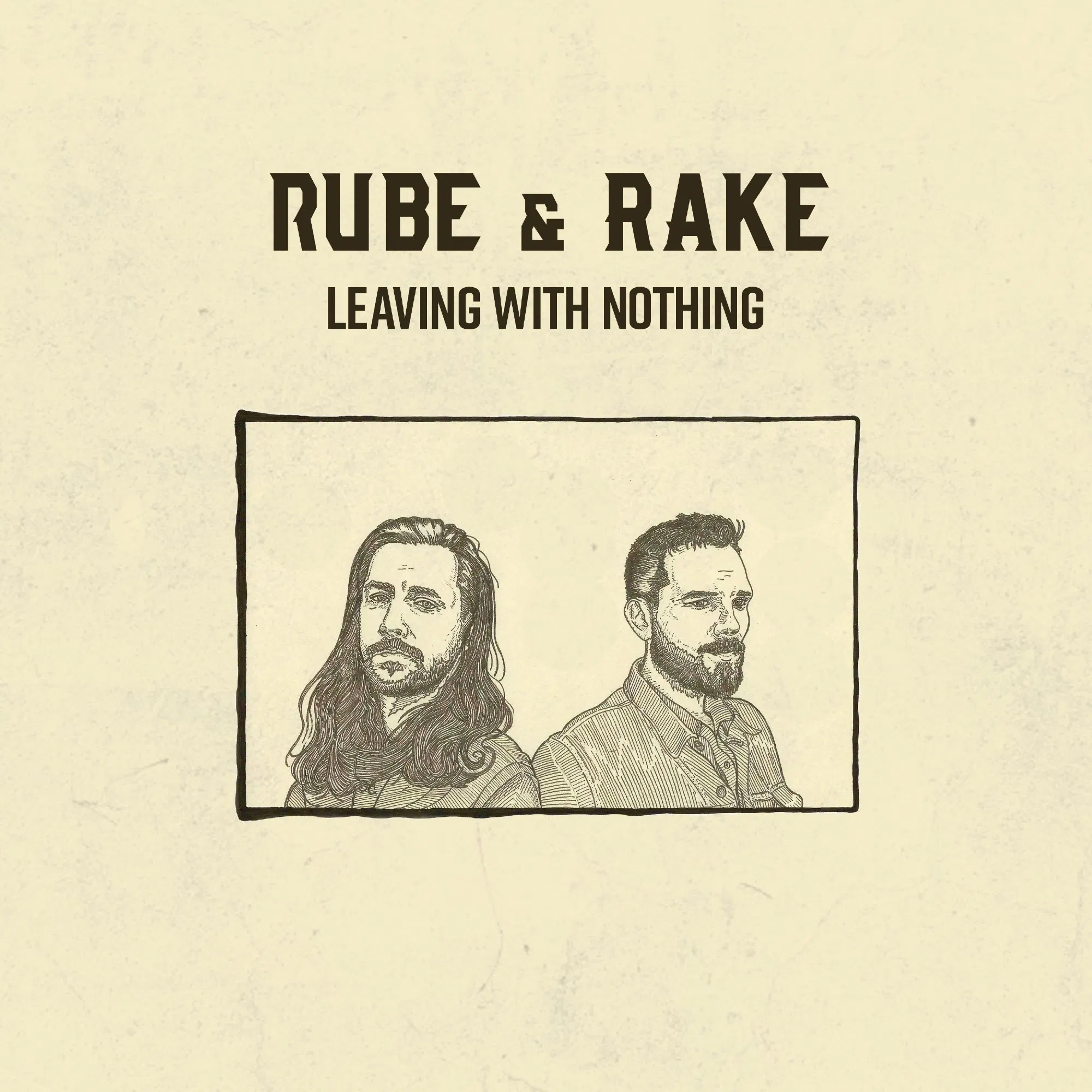 St. John’s-based folk duo Rube & Rake’s gorgeous harmonies and musical chemistry make a lasting impression. Josh Sandu and Andrew Laite’s sophomore album, a follow-up to their 2017 award-winning debut album Back and Forth, was eagerly anticipated and apparently well received locally: since its October 2020 release, Leaving With Nothing garnered the band a whopping six MusicNL award nominations: FACTOR Album of the Year, The Citadel House Folk/Roots Artist of the Year, Yamaha Group of the Year, St. John’s International Women’s Film Festival Music Video of the Year, Ron Hynes SOCAN Songwriter of the Year and The Telegram Fans Choice Entertainer of the Year.

The album kicks off with “Somewhere,” immediately launching listeners into an adventure with the album’s protagonist, a person on an uncertain journey, seeking out a certain feeling. “There has to be a place to lay my head,” the chorus repeats. The third track, “What Will,” opens by asking, “What will carry us through our days with no work and all play?” This line, though written before the pandemic, strikes a few different chords now.

Released as a single in March 2020, “Fleeting Moment” marks the entrance of percussion. Leaning more into folk-pop, this song appeals to a huge demographic of music lovers. “Fleeting Moment” would fit in a playlist of newer indie-folk bands like Fleet Foxes, Mumford and Sons, Bon Iver and Iron & Wine just as easily as it would mesh with pieces from Canadian folk legends Gordon Lightfoot, Valdy, Stan Rogers and Ron Hynes.

At the album’s midpoint, “10-33” is an immediate toe-tapper. The organ shines in this track, and it’s easy to see why Blue Rodeo’s name keeps coming up in the buzz about Rube & Rake’s latest work. There’s certainly a “Five Days in May” vibe here, but my mind instead wanders to Hawksley Workman as we slow down two minutes in, plinky piano carrying us through softly spoken lyrics and sorrowful violin before returning to the chugging, rhythmic ’90s-era country-rock. Rube & Rake explores psychedelic-folk with a dash of experimental noise for “Leaves of Gold” - light and delicate, yet dark and powerful. This was a stand-out track for me.

“Waking for No One” ventures into beautiful baroque pop, while “Snowing in July” continues the album’s ongoing introspective journey. The album’s second last song, “Crying,” tells a complex and familiar story of getting bad news and having to deal with the circumstances as well as the emotional pain.

Leaving With Nothing ends with “Pick It Up,” a dreamy melodic piece, suitable for a romantic country & western film. It’s a beautiful sign-off for this well-written, well-done album - well worth the wait. 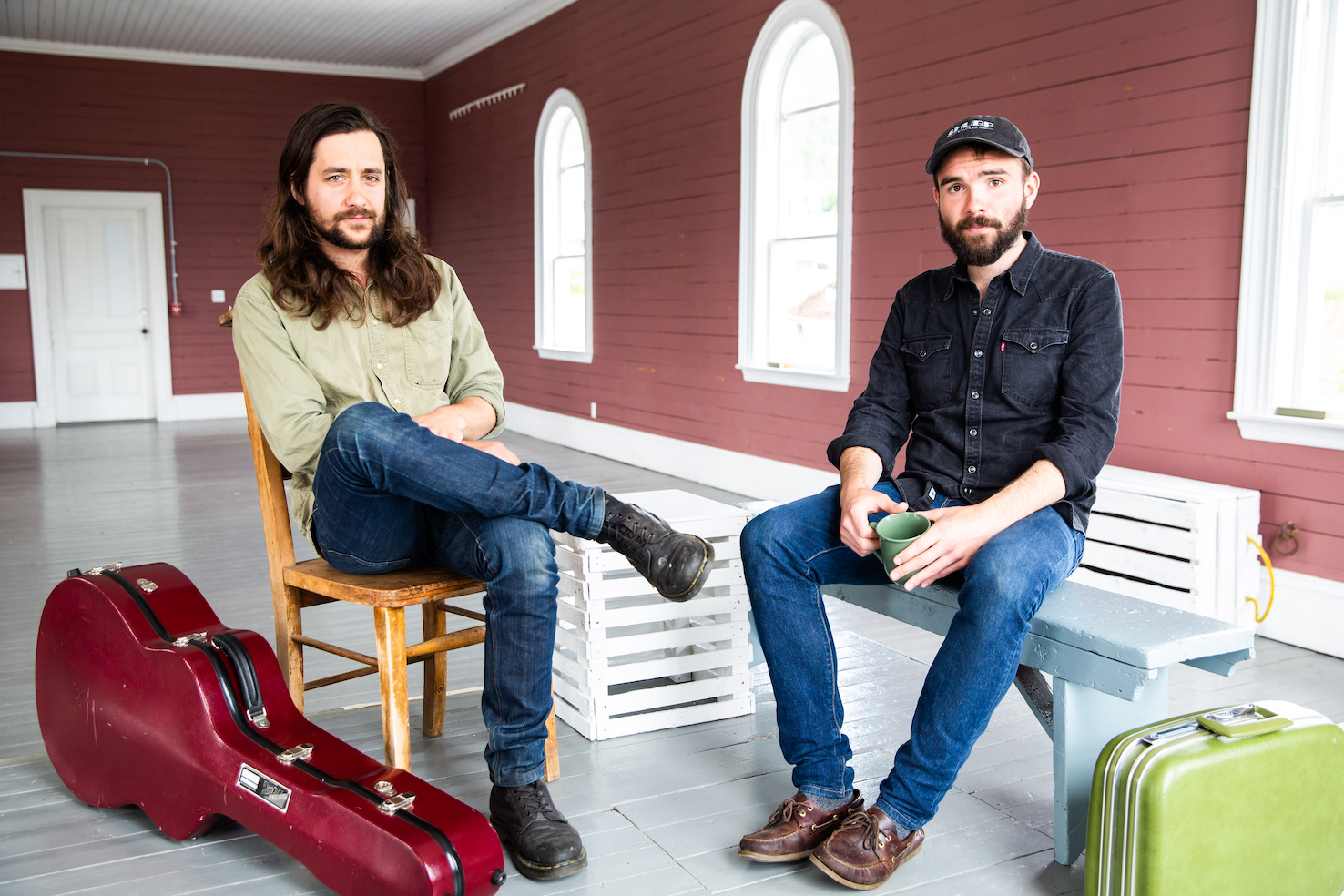 Q&A with the Artists

Wendy Rose: You released Leaving With Nothing this past October, but I understand it was ready to go much earlier than that?

Rube & Rake: It sure was. We started pre-production for this record in January of 2019, recording demos throughout the winter months to get ready for the studio. By the time we finished up most of the tracking, we were well into the fall. It was January 2020 before we tied the bow.

WR: How did the songs come together, and who was involved in taking the art from concept to reality?

R&R: The initial songwriting process for most of these songs happened as per usual, with Josh approaching me with an idea and we spend months (in some cases years) fleshing out different directions in which the song might go. Once we brought Adam Hogan on board for pre-production as our producer, the process completely changed. It was so nice to have such a creative, intuitive mind with us who was as dedicated to the project as we were. We had a really fun time introducing so many different colours to these songs that perhaps wouldn't have been introduced without his guidance. Besides that, if you check out the liner notes, you'll notice that there are many St. John’s music scene superstars who deserve big credit.

WR: Speaking of reality… Due to gathering limitations and travel restrictions, promotional opportunities like shows and tours are indefinitely on hold… How did Rube & Rake ensure this new album still made its way to listeners?

R&R: It’s all pretty wild, isn't it? Our marketing strategy certainly took a nosedive, as most of it included travel. The record was set to release in May of 2020 on the back end of an extensive tour of western Canada, only to come home to a busy summer before the Atlantic Canadian album release tour in the fall. Of course, none of that happened, so we scrambled to make sense of a new plan. We released in October on the shoulders of online single releases and some video footage that we accumulated over the spring and summer.

WR: Leaving With Nothing earned you a whopping six MusicNL nominations. What was your reaction to seeing your name on the list so many times?

R&R: We’re flattered. Our music scene is jam-packed with talent, and we’re constantly looking up to so many of these bands who influence us all the time. If we didn’t receive any recognition at all, we would still be very proud of what we accomplished on this album, but it sure is nice to look down through a list of incredible artists and see your name alongside them.

WR: What's in store for the band and Leaving With Nothing in 2021?

R&R: Well, we’ll see. The only thing we can do now is continue to make touring plans throughout the Atlantic provinces in hopes that the Atlantic bubble reopens, while making plans to visit some of our favourite venues across the island in the meantime. We are able to spend time working on new projects right now, but we’re eager to take this album on the road.