Make the Most of Winter: Inclusive Options for All Abilities 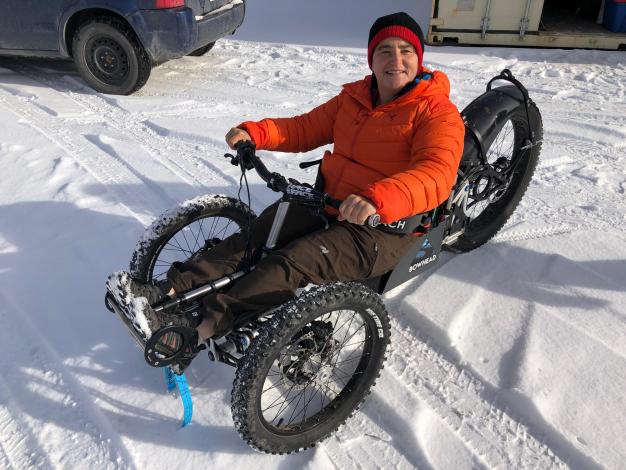 Winter is a season to be enjoyed by all, regardless of age, ability or experience. And if you’re an individual who is living with mobility issues, there are many options in terms of activities and adaptive equipment.

Options for All Abilities

Margaret “Muggs” Tibbo is the president and founding member of Parasport NL and has dedicated most of her career to making sports more inclusive. She also worked as a recreation specialist at the Janeway Children’s Health and Rehabilitation Centre for almost four decades. If someone has an interest in skiing, she says, sit skis (skis with a seat suspended above them) are a great option, and they can check with their local ski club or visit the Cross Country NL website to find about availability. Para ice hockey, or sledge hockey, is another fun option and while it’s mostly available in the St. John’s and Paradise area, “that’s not to say if somebody wanted to give that a go, arrangements couldn’t be made,” Tibbo says.

Some municipalities and facilities also offer a range of adaptive equipment that people can borrow to make the most of winter. The City of St. John’s, for instance, has a sit ski, snowcoach (a supportive sled), hippocampe (an all-terrain wheelchair, also available at the Town of Torbay) and an ice sledge available, while Manuels River in Conception Bay South offers a GRIT Freedom Chair (another all-terrain wheelchair) for exploring their trail system. A range of equipment is also available at Easter Seals including kick sleds,trail riders (mobility devices that allow those with physical disabilities toenjoy the outdoors), ice sledges and more.

Of course, Tibbo says, people can always reach out to Parasport NL to learn more about what options are out there. She also encourages people to be open to trying new things, and to think outside the box and consider their own interests and how to make those activities possible.