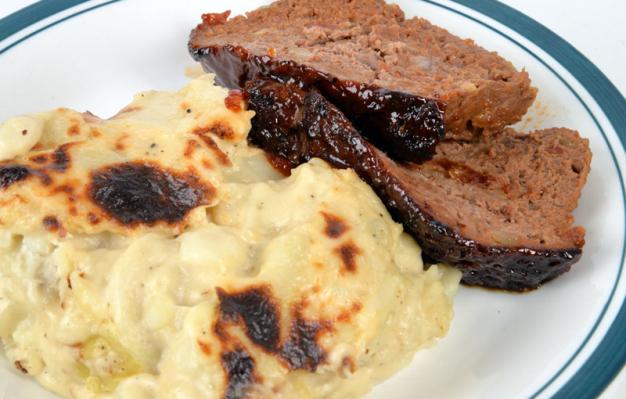 In the midst of winter, when the days are cold and the nights are long, these are the kinds of meals we crave for warmth and comfort. Here's one, brought to you by Academy Canada's Culinary Arts instructor, Bernie-Ann Ezekiel.

Sift all dry ingredients together and set aside. Mix cream and milk together, and keep warm. Melt butter over medium-high heat in a heavy-bottomed frying pan. When butter is melted, add dry ingredients and stir with a wooden spoon until flour starts to become blonde. Gradually whisk in the hot dairy, stirring constantly to avoid lumps. Reduce heat to low and simmer gently until bubbles start to break the surface. Remove from heat and begin to arrange your casserole.

Mix the potatoes and sauce together and spread a layer on the bottom of the casserole dish. Add a layer of onions. Continue until you have made two layers of onions and three layers of potatoes. Bake for approximately 30-40 minutes, or until the sauce is bubbling at the edges and a knife inserted into the potatoes gives no resistance.