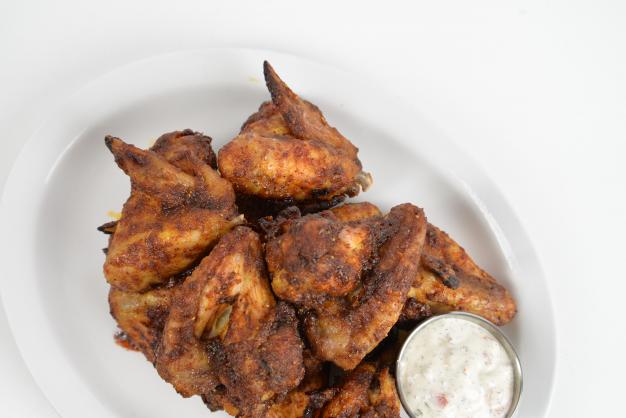 New year, new you, right? While eating healthy and working out are excellent habits, everyone deserves a “cheat” day.  Here, for your absolute pleasure, is a cheat meal you can work into your balanced lifestyle.

Preheat oven to 350°F. Mix all dip ingredients together and set aside in the fridge. Mix all remaining ingredients (except wings) together in a bowl to form a loose paste. Massage the mixture onto the wings and ensure they are thoroughly coated. Spread wings out on a parchment-lined pan. Bake for about 40 minutes, until the internal temperature reaches 165°F. Serve immediately with dip.
Yield: 2-4 servings