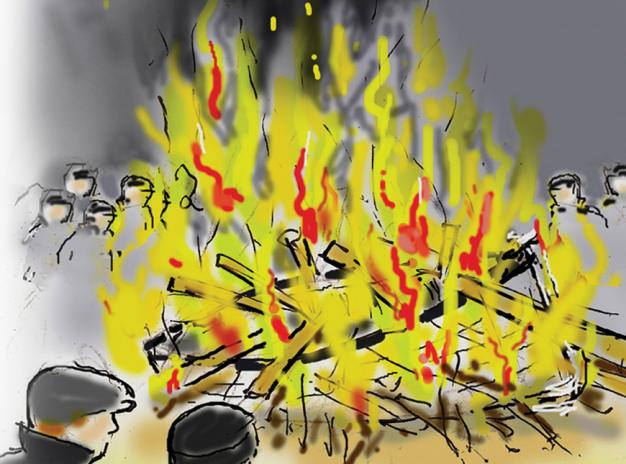 At first the hauling it was good
From the slipway to the road
But then some said, “We’re going home”
And left us with the load