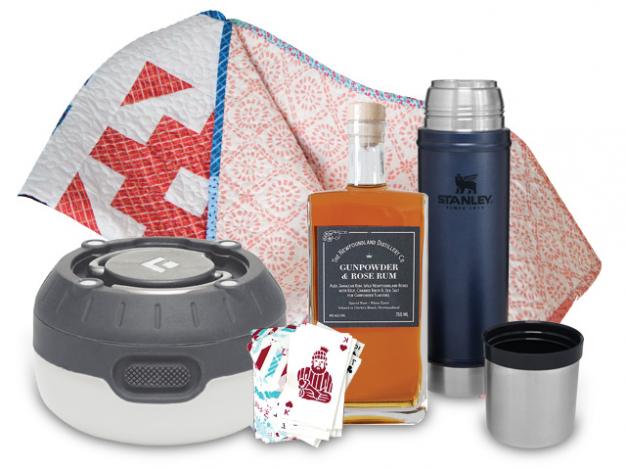 Just Brew It
Strong and reliable Stanley brand bottles have been keeping coffee hot around the clock since 1913. Featuring stainless-steel, vacuum insulation and a rustproof finish, a Stanley thermos will keep your drink hot while you dig out the driveway. All Stanley products are backed by a lifetime guarantee, but the company’s main goal is to make products so durable you’ll never need to use it. Available at Mercer’s Marine in Clarenville. Mercersmarine.com 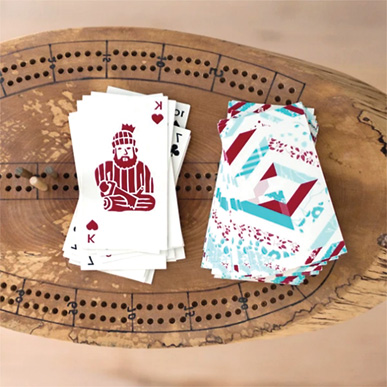 Joker’s Wild
Pass the time until the power is restored with a game of Euchre. These playing cards, designed by Carolina Soderholm with illustrator Dan Perrella for the Fogo Island Inn, use local iconography as inspiration.Traditional activities such as fishing, baking, woodcutting and berry picking are used for the court cards, and the aces feature animals and fish. Jokers are mummers, naturally. Woodshopfogoisland.ca

Cuddle Up
Wrap yourself in the warmth of a handmade quilt. Quilter Janet Maynard of Jandy Quilts in Corner Brook uses high quality fabrics and materials to create one-of-a-kind quilts, bed runners and pillow cases. Home is the inspiration behind each pattern and design. Jandy Quilts are featured at The Tides Inn in Norris Point. Check out Jandycreative.ca

Light the Way
Illuminate the next DarkNL with a handy lantern from Black Diamond. We like the Remoji Lantern’s compact size and bright, ambient light. No more searching for matches or candle stubs, the lithium ion battery can be easily recharged via USB. You can find a selection at Outfitters Adventure Gear in St. John’s.

Lift Your Spirits
Mix a strong hot toddy to keep out the chill. Try using Gunpowder and Rose Rum from the Newfoundland Distillery Co. Made in Clark’s Beach with gunpowder flavours, hints of vanilla and aromatic scents of wild Newfoundland roses, this rum won a bronze medal at the San Francisco World Spirit Awards in 2019. Thenewfoundlanddistillery.com