By Connie Boland
I met Gordon Pinsent in 1988. I was fresh out of journalism school, and the acclaimed Canadian writer and actor was in Pasadena, NL, to read the scripts and narrate a series of videos for the Awakening the Entrepreneurial Spirit project. “Do you mind if I make a few edits?” Gordon asked after reading my work. I darn near fainted. Thirty-two years later, I have the privilege of talking to him again.
“Do you think Will Cole will eventually settle down?” I ask Gordon midway through our recent telephone interview about The Rowdyman.
“Probably,” he says. “If they can find him!”
There’s a scene in The Rowdyman where Will Cole (Gordon Pinsent) sits on a riverbank with Ruth (Linda Goranson). “Just once, we should put in some time together,” Will says before gently touching Ruth’s shoulder-length brown hair and nuzzling her neck. “I don’t know if I can be right,” he adds before they kiss.
“Will wasn’t a great town leader and he didn’t have a lot to offer,” Gordon says from his home in Toronto. “He simply was who he was. He took his very innocent aspects down the main streets and he spread them around.
“I didn’t know I’d ever be of the right state of mind to produce a film based loosely on elements from my childhood, or elements of someone I knew. Or know when to stretch those elements to get the idea across, and make a film presentable for public consumption,” Gordon says. “All I knew was it was a time in filmmaking in this country and in the United States when you found something close to the bone, and you got it done. If I could stay true to a few things and throw in ‘lovely tell your mother,’ I might be able to get away with this.”
In the movie, “lovely tell your mother” indicates that all is well. “I got that in Grand Falls,” says Gordon, who grew up in the central Newfoundland town in the 1930s and ’40s. “I was a child, nodding to a neighbour as we passed on the street. ‘Mrs. So and So, how are you?’ I asked. ‘Lovely tell your mother,’ was her reply. That was the first time I heard it, but it came to her as naturally as molasses.”
The Rowdyman was filmed in less than a month, for under $350,000. Almost 50 years later, many people in Corner Brook can recall where they were and what they were doing when The Rowdyman came to town. “It’s interesting to have an aspect of your life that others can remember along with you,” Gordon says. “It’s a bit like opening an old album and saying, yes, I recall that.”
The goal was to make a movie that was true to his memories and fulfil a responsibility to the audience. “Although the inner workings came from somebody from Grand Falls, it didn’t take much to realize it was cheek and jowl up against Corner Brook, or any other place in Newfoundland from the standpoint of the flavour I was looking for,” Gordon says. 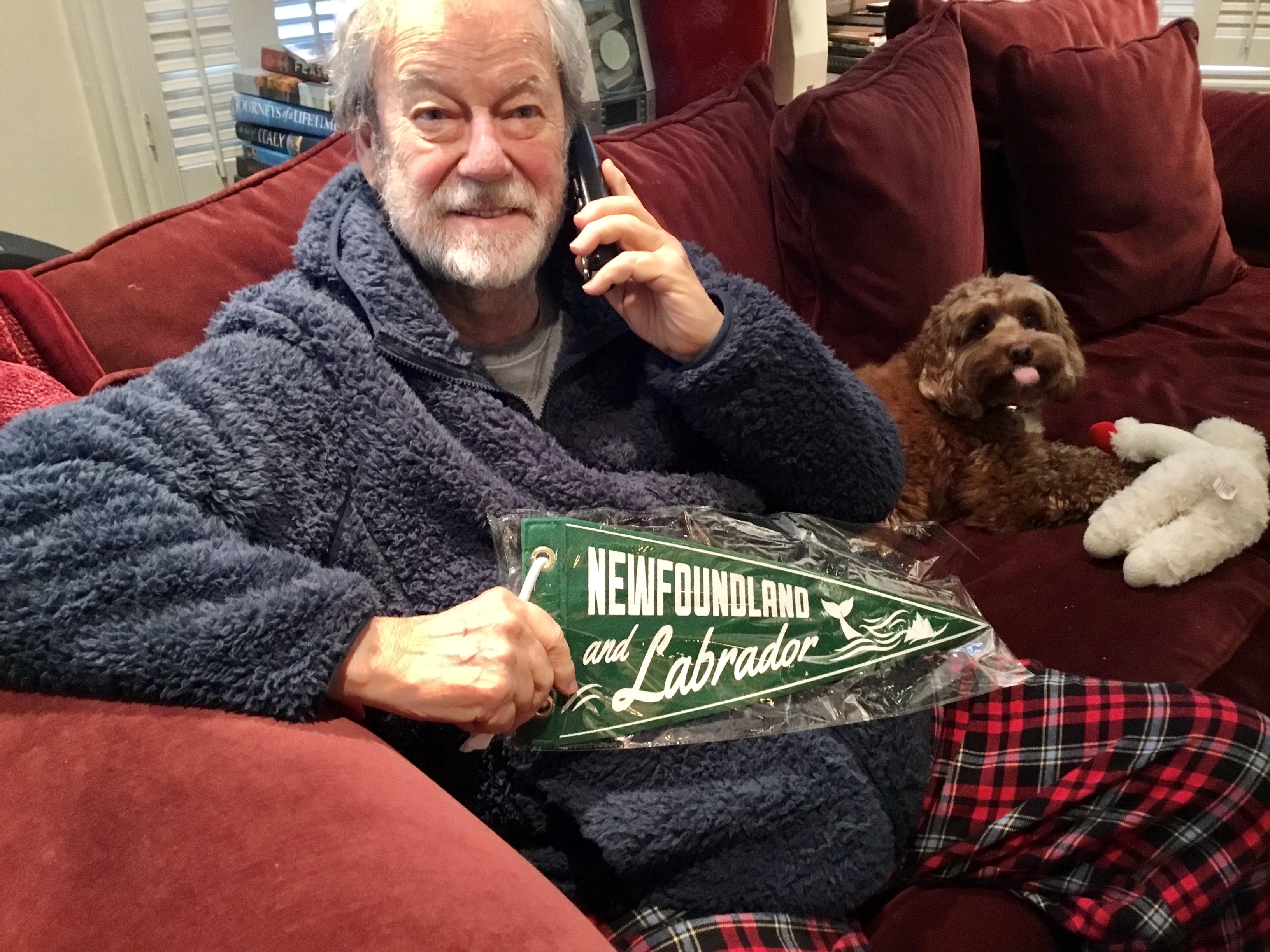 People identified with the movie characters, particularly the boisterous Cole. “I went back to Corner Brook years later, and I don’t know who the gentleman was, but he seemed a bit off. It might have been the drink,” Gordon chuckles. “He asked me, ‘When are you leaving town?’ and it was like a line out of a bad movie.” Gordon said he planned to leave the next day. “The stranger replied, ‘Well that’s good, because I’m the Rowdyman here now.’ He put his hand in his pocket and I wondered if he had a gun,” Gordon laughs. “He hauled out a little glass that he brought with him, I guess from across the street, and offered it to me.” The actor thanked the stranger but declined the whiskey.
“For years I would go across the country for one reason or another, and on more than one occasion, somebody from a couple blocks away would scream, ‘Hey, Will!’ and lines from the movie would come at me. I got a lot of that,” Gordon says.
“There was nothing I could get away with from that point on, with everyone thinking I’m a printed version of this individual. It touched me deeply, but at the same time, it’s not easy to lay yourself out for all the criticism that may come at you like snowballs from Grand Falls.”
Pinsent turned 90 in July of this year. His voice is as rich and deep as it was 30 years ago. He left Newfoundland and Labrador as a teenager, but never lost his love for his home province. In 1986, he starred in and directed John and the Missus, another Newfoundland-based movie. “I was talking to a young boy who was going away. ‘You’re leaving now,’ I said, and it struck me. I picked up a rock and gave it to him. I told him, ‘This came from here and so did you, don’t forget it.’
“I’ve had a tremendous sense of togetherness with Newfoundland all my life,” Gordon adds. “That doesn’t change. You always knew you’re from this land. It was stamped on your forehead. Everything ended up being compared to that."