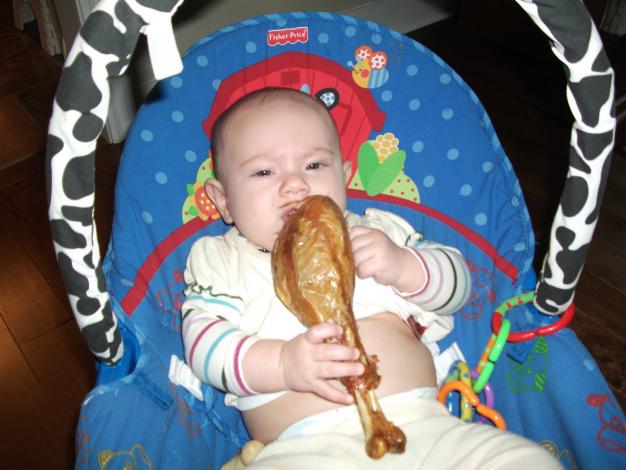 It’s that time of year again, when we gather around the table with our loved ones to enjoy good company, conversation, and lots and lots of tasty Thanksgiving treats. And for many folks here in Canada, that often means turkey. But if food is supposed to give us energy, how come gobbling up roasted bird often makes us feel so sleepy? Or… does it?

The culprit usually blamed for this drowsy dilemma is L-tryptophan, which, according to a paper published in the International Journal of Tryptophan Research, is an amino acid that’s an essential part of our diet and a “critical component of numerous metabolic functions.” And it’s not just found in turkey, it also exists in other foods like chicken, tuna, milk, oats, cheese, peanuts, bread, bananas and chocolate.

The body converts tryptophan into a vitamin called niacin, which helps create serotonin, which can be broken down into melatonin, a hormone that regulates sleep. However, according to the US-based National Sleep Foundation (NSF) (a non-profit that supports sleep education, research and advocacy), tryptophan is one of many amino acids found in turkey and eating it doesn’t impact serotonin levels as quickly as one might think.

“All of those amino acids compete to get transported to the brain. Tryptophan is one of the least represented amino acids in those foods, which means that it gets shoved out of the way by the others,” states the NSF on their Sleep.org website.

From dressing and potatoes to other starchy veggies, if there’s one thing Thanksgiving dinner is loaded with, it’s carbohydrates, which helps tryptophan make its way to the brain.

“Carbohydrates cause your body to release insulin, which removes all amino acids - except tryptophan - from your blood. That means that tryptophan has no competition and can enter the brain easily, boosting serotonin levels. So eating a snack that’s all carbohydrates will react with stored tryptophan in your body and give you a much bigger increase of serotonin,” explains the NSF.

“You can actually use this to your advantage by eating a light carbohydrate-centric snack before bedtime.”

So when you feel stuffed and sleepy after Thanksgiving dinner, don’t place the blame squarely on the bird. It takes a lot of energy to digest a big meal. As the NSF explains, that desire you feel to hit the hay “probably has as much to do with the carb-loaded stuffing that you’re eating as it does with the turkey (not to mention the large portions of food, in general!)."