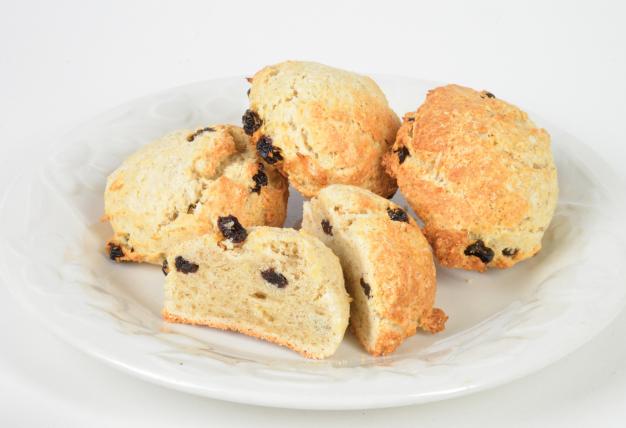 One of 8 gluten-free recipes in the May issue, each prepared by Chef Bernie-Ann Ezekiel and her Academy Canada cooking class. Photos by Downhome staff.

Sift dry ingredients together. Cut the butter in using a pastry cutter until it is the size of green peas. Mix in the cranberries. In a separate bowl, whisk eggs and milk together, then add it to the dry ingredients. Mix until a soft dough is formed. Use an ice-cream scoop to portion the dough onto a parchment lined baking sheet. Flatten the balls to about half of their height. Bake for 20-25 minutes. They should be golden brown and puffed up a little.