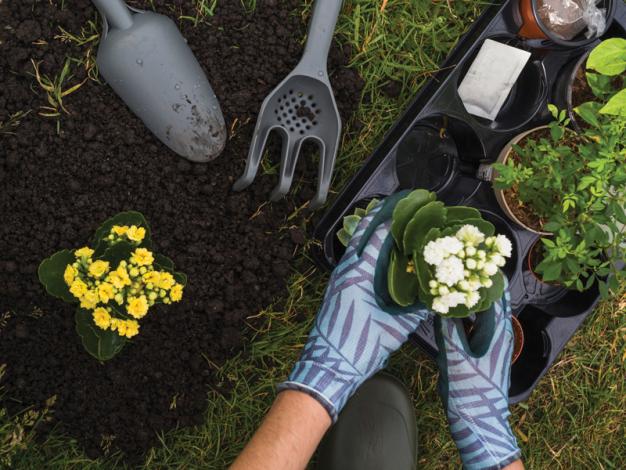 One of the most confusing things for new vegetable gardeners is deciding when to plant.   There’s all sorts of information available on the internet and in books and magazines on how to plant, and that advice holds true no matter where you live. The tricky thing is knowing when to plant. The long winters and cool springs of Newfoundland and Labrador leave many gardeners questioning planting dates. Some plants are tender and cannot withstand cold. Some can withstand cold, but not frost. Some will come through a frost and snowfall unscathed. What to do, what to do?

First of all, it is important to keep a journal from year to year. Note things such as daily weather conditions, snowmelt and soil temperature. Log the date of seeding and transplanting your small plants. Make notes throughout the season on things such as how long it took the seeds to sprout, what disease and insects attacked, if water pooled in certain areas of the garden, dates that plants may have bolted and when you began harvesting each vegetable. By doing this you will have an invaluable reference to carry you through your life as a gardener.

We all know that in Newfoundland the snow may melt in early April, but it may persevere till mid-May. Every year is different. In this article, I’ll address the plants that can withstand the cold and thus may be planted once the ground can be worked. In our province, this can be anywhere from early May until about the third week of that month, depending on snowmelt and soil temperature. Here's a map to NL frost dates: plantmaps.com/interactive-newfoundland-last-frost-date-map.php

In Newfoundland and Labrador, most gardens have these staples: potato, carrot, onion, rutabaga (turnip), cabbage and beet. These are all hardy vegetables and can withstand the cold temperatures of spring.

Potatoes
Purchase certified seed potatoes every year to reduce the chance of carrying over diseases from year to year. Plant the whole tuber to reduce the incidence of rotting when planted in cold soil. Plant them approximately two weeks before the average last killing frost (see sidebar) or when your soil temperature is at about 6-7°C. Potatoes can tolerate some frost. Most Newfoundlanders plant on the 24th of May, but you can try planting a few seeds earlier and the bulk of your crop on the Victoria Day weekend. Watch the progress of both crops and note the difference in your log. You may find you can enjoy an early and a later crop.

Carrots
Carrot seed is quite small and can be a nuisance. Pelleted seed or seed tapes are your best options. Start planting seed when the soil temperature is 6-7°C. Carrots can withstand frost. I like to plant every two weeks or so up until mid-July. This gives a long season for harvesting, and you can leave your late seeded crop in the ground all winter for an early spring treat of sweet carrots. (Note: If you have a problem with carrot rust fly, avoid leaving any carrots in the ground as the maggots will overwinter and infect your crop the following year.)

Onions
You have two choices for planting onions. Most people choose onion sets, but I prefer to grow them from seed as there is a better success rate, larger onions, less bolting and the onions tend to cure better for storage. Plant your seed under lights in late February or early March, making sure that your soil temperature is at least 10°C.  Alternatively, you could purchase started plants from your local garden centre at the time of planting. Seedlings withstand light frost and can be planted quite early in the season around about the same time you plant your carrots and potatoes. If you suspect a heavy frost, use a frost blanket. I follow the same guidelines for leek, scallions, and shallots.

Rutabaga
Rutabaga seed will germinate in temperatures as low as 7°C but 12-15°C is ideal. Again, it is a crop that you can seed three weeks or so after your initial planting for an early and late harvest. Small seed of any type is difficult to manage and is best sprinkled thickly so that small plants can be thinned after sprouting, leaving just the healthiest plants behind to mature. Don’t throw away the thinnings, as the young plants make great salad or cooked greens.

Cabbage
For the easiest and earliest crop, grow your seedlings or purchase them at your local garden centre. Plant them outside when the soil temperature reaches 7-10°C.  Waiting until it is warmer may increase the chance of your cabbage flowering rather than forming a head. Choose small healthy plants; larger ones have been in the growing packs too long, which will cause the plant to bolt (flower and go to seed). The same instructions for planting are applicable to broccoli, cauliflower, kale, kohlrabi and Brussels sprouts.

Beet
This favourite of mine can be planted from seed at the same time as carrots. Be aware that if planted when the soil is too cold, they will produce wonderful tops but may not form into well-developed roots. For this reason plant again at two-week intervals until mid-June, ensuring that you have delicious beet greens and an extended season of juicy young beets to eat fresh and larger roots for pickling. You can also seed beet in your greenhouse or purchase started plants to get a jump on the season. Sow the seed with the intention to thin and leave the strongest seedlings. Again, these thinnings may be eaten raw in a salad or cooked and eaten as a side dish.