Entrepreneurs and Espionage: A Story of Newfoundland Bread 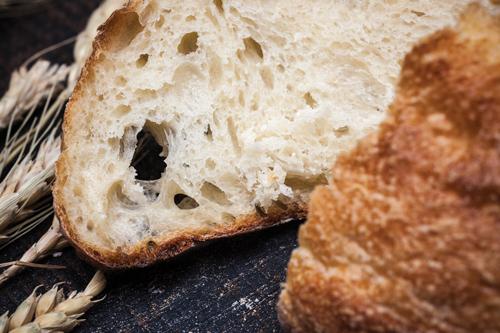 
There are few things in life more satisfying than a thick slice of Newfoundland bread still warm from the oven and richly dressed in butter and molasses. But the history of Newfoundland bread is richer still. Found within each golden three-bun loaf and each ship’s hard tack is a story of innovation, lives gambled, fortunes made, and even industrial espionage. This is the story of two brothers from Glasgow, Scotland, and an American from New Jersey who all came to St. John’s, NL to make their mark. The brothers arrived first.

In 1832, Scottish brothers William and James Rennie first set foot on Newfoundland soil. They brought with them a plan and many crates of specialized equipment imported from Germany. German equipment in this era was the best you could get. The tension of the ropes lowering the machinery to shore could only be matched by the tension felt by the brothers as they watched all their hopes dangle from a few twisted threads of hemp. Success or ruin is so often determined by the finest of threads.

The Rennie brothers secured their precious cargo and headed to the outskirts of town to land along the banks of a river. It would take three years and a small army of local skills and labour, but in 1835, the first flour mill in Newfoundland began operation. Wheat was being ground into flour locally for the first time: the Rennie brothers had pulled it off.  That same year, the Rennie brothers opened the first mechanical bakery in North America.

After years of preparation, of studying the mechanics and engineering in Edinburgh, of meticulously planning every detail of launching an industry, it was all coming off without a hitch, except for two unknown variables. Two simple givens so small that the brothers hadn’t even given them a second glance: water and local culture.

In Europe, at the time, everyone bought bread from large-scale bakeries, so they never dreamed that this wouldn’t be true in Newfoundland. Their bakery, which at first concentrated on soft breads, soon found that in Newfoundland nearly everyone already baked their own bread. The brothers were shocked: the local cultural ethos of self-sufficiency and the unbeatable golden three-bun loaves had sent their dreams into a tailspin. Shaken but rallying with true grit, they very quickly turned their attention to hard breads, a vastly bigger market. Unlike soft breads, hard breads could not be made at home as it required specialized equipment and consequently every piece of hard tack was being imported, mostly from Hamburg, Germany. Every ship, every home in Newfoundland and every foreign vessel that stopped into St. John’s to reprovision bought hard bread.

After many unsuccessful attempts, the brothers finally arrived at a recipe and techniques that would work, to a point. It was at this moment that the Rennies fully appreciated the second overlooked variable: water. Their product hit the market and although it experienced some initial success, the Hamburg bread was still greatly favoured. It was joked that Rennies’ hard bread came with a complimentary hammer in each box so that you could eat it. Hard bread was great if it were crunchy, but less desirable if it could stand in for bricks. The brothers discovered that the subtle difference in local water was creating extremely hard bread. The Rennies spent the next decade making adjustments to their recipe and techniques in an attempt to compensate, but were never able to push into the import-dominated market the way that they had dreamed.

Despite this, they did successfully run a flour mill for 13 years. The brothers added to the local cultural ethos of self-sufficiency by providing a source of locally produced flour as they became Newfoundlanders themselves, sounding a note which rings true to this day with modern food security coming to the forefront. The Rennies became leading citizens in their adopted St. John’s and left their mark on the town. The river upon which their mill was located is still named Rennie’s River.

The Rennies sold the mill in 1848. They had laid the groundwork for the American to follow.

Bakery Gathers Steam
Robert N. Vail, born in New Jersey, looked at St. John’s and saw a fortune. He arrived in town around 1853, and like the Rennies, he initially focused on soft breads when he opened his bakery on Water Street. He, too, would quickly see hard breads as the only market worth pursuing, but thanks to the Rennies, he had someone to learn from. He studied the Rennies’ equipment, techniques and results. He then did something extraordinary, something most people are completely incapable of doing: he bet on himself. He decided he would solve the problem the Rennies had left, even if that meant engaging in industrial espionage.

Robert Vail left his bakery on Water Street and travelled to the one place he was certain could produce a successful product: Hamburg, Germany. He bought all the German equipment and did whatever he had to, to find out what the Germans knew. Vail returned to St. John’s in 1857 under an air of mystery, claiming that he had the “secret.” He whisked his crates of mysterious equipment to the banks of the Waterford River, where he constructed a flour mill and opened a steam bakery in the west end of town.
Would it work? Could Vail produce a local product that would out compete Germany?

Vail’s Steam Bakery launched. In the eyes, or perhaps the taste buds, of most, the Hamburg bread was still slightly better; but Vail’s hard bread was so close in taste and texture that it effectively made no difference. And crucially, Vail’s bread was cheaper, and that’s a winner in any century. Within five years of launching, Vail had, according to one historian, captured 75 per cent of the market previously held by Hamburg. Another historian places the figure at closer to 90 per cent. Either way, Vail was astoundingly successful, pushing German producers from a stranglehold position to complete insignificance. Other local producers would emerge to further gobble up the remaining market, ensuring a new local industry.
In 1863, Vail sold his recipe, bakery and flour mill to St. John’s merchants. A few years later he retired to New York an extremely wealthy man.

The millstone from Vail’s mill was unearthed during construction along the Waterford River in 1989. In a fitting convergence of history, the stone was placed on display along Rennies River, marking the site of the Rennie brothers’ flour mill, and forever linking these three champions of local industry.

(This has been a re-imagining based on real people and real events in history.)