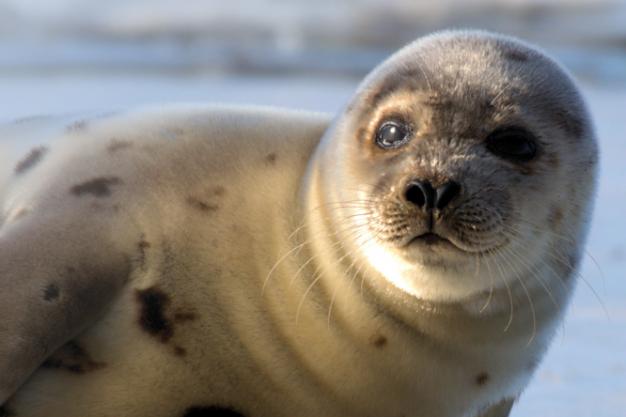 When I was a child, I spent many hours out on the salt water with my father and grandfather trying to jig a fish. The fish, of course, was the Atlantic Cod (Gadusmorhua). My grandfather had an extensive knowledge of where to find fish in the areas around Burin Island, Corbin Island and various other shoals, so we usually managed to come ashore with “a fine bit of fish,” as he put it. Most of the catch would be salted and stored for later use, while at least one or two were selected to be cooked fresh out of the water.

For centuries, cod fishing has been an important part of Atlantic Canadian culture, lifestyle and history. It was generally carried out at a subsistence level until the European discovery of waters teeming with cod in 1492. Fishing off Newfoundland and Labrador became big, international business. As time went by, advances in fishing vessels and technology resulted in even larger scale commercial fishing, which eventually caused the collapse of the cod stocks. In 1992, a moratorium was declared on Northern cod with the hopes of recovering fish populations. However, the cod stocks have not experienced the increases that were hoped for, particularly in the Gulf of St. Lawrence region where the Northern cod has been designated as endangered by the Committee on the Status of Endangered Wildlife in Canada.

Several factors have been attributed to the continued decline of cod stocks in Atlantic Canada, including direct fishing and cod bycatches in fisheries directed for other species. However, it appears that the most important factor is a poor recruitment rate into populations due to high natural mortality caused by the ever expanding grey seal (Halichoerus grypus) population. While cod and white hake (Urophycis tenuis) stocks have continued to decline, grey seal numbers have increased, and it is suggested by the federal Department of Fisheries and Oceans (DFO) that seal predation on larger cod is a very important limiting factor in stock recovery in the southern Gulf of St. Lawrence.

How much cod does a seal eat?

The amount of cod in a seal’s diet varies with location, season, age, sex and individuals. But based on data collected through several studies, a single adult grey seal can eat up to 2 tonnes of prey per year (6 kg/day), with cod representing up to 50 per cent of their diet.

During November and early December many groundfish species in the southern Gulf of St. Lawrence migrate to overwintering grounds in the Laurentian Channel. Cod are highly aggregated in winter; in fact, DFO studies conducted in January 1994-1997 indicated that the entire spawning stock of southern Gulf cod overwinter along the southern slope of the Channel in the Cabot Strait area, particularly off St. Paul Island. The timing of this migration coincides with the movement of grey seals in late November from their more dispersed summer range to the southern Gulf, Cabot Strait and Scotian Shelf.

The extended grey seal breeding season occurs from January to February, when they rely on stored fat reserves during a haul-out period (about three weeks) before they return to foraging at sea. A recent DFO study on seals fitted with transmitters indicated that there is a considerable overlap between grey seals, particularly males, and overwintering aggregations of plaice, hake, redfish, herring and cod during November to March. Furthermore, an examination of the digestive tracts of 169 grey seals identified 27 prey species, and showed that cod and white hake are major components of the grey seal diet in the Cabot Strait area during late fall and winter. The contribution of cod to the grey seals’ diet (68.4 per cent in stomachs and 46.5 per cent in intestines) is much greater than has been previously reported. In addition, these grey seals were feeding on cod ranging from 10 to 77 cm long, showing that they were consuming significantly longer cod in the Cabot Strait.

The current population of grey seals is estimated to have increased from approximately 10,000 in the 1960s to about 330,000-410,000 animals today. The reason for this large increase is not fully understood, but it might be connected to a reduction in hunting and an increase in ice-breeding habitat in the Gulf. Although the historical abundance of seals is unknown, the current population is the largest in the past several hundred years. The Gulf of St. Lawrence grey seal population is divided into three herds based on pupping sites. The largest herd, the Sable Island herd, numbers 260,000-320,000 individuals; the southern Gulf herd has 55,000-71,000 animals; and the coastal Nova Scotia herd comprises 20,000-22,000 seals. There are distinct cod stocks in these three areas, all of which have experienced population declines of at least 80 per cent and remain low. A review supported that predation by grey seals was likely the greatest contributing factor.

Grey seals are also known to transmit a parasite, larval seal worm, which accumulates in the flesh of cod and other groundfish, resulting in increased processing costs for and reduced marketability for those fish. Seal worm abundance increased greatly in 2008-2009. 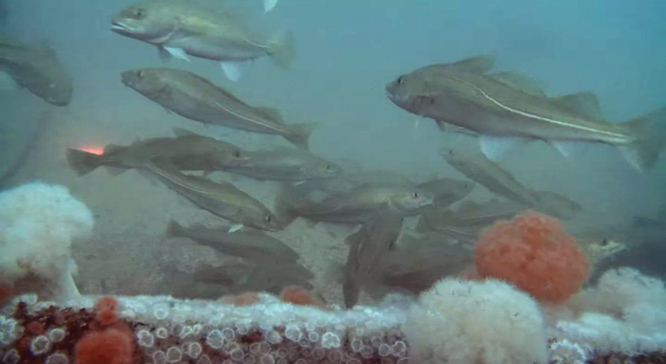 Time for a cull?

Hunting significantly reduced the seal population in the 1800s, and in 1960, there were approximately 8,000 grey seals in Atlantic Canada. This population has experienced exponential growth to the current estimate of 400,000, mostly due to the virtual non-existence of commercial sealing combined with low rates of natural seal predation.

Mark Small, a retired sealer from Wild Cove, NL, believes there should have been a cull years ago, but governments backed off in response to opposition from animal rights groups.

“There’s no doubt in my mind that there should be a cull on grey seals. We’re seeing the same thing on the northeast coasts of Newfoundland with the harp seals. They are getting completely out of hand.” Small says.

“Mortality in these adult codfish has gone to extremely high levels,” says Doug Swain, a research scientist with Fisheries and Oceans Canada. “The losses due to grey seals is certainly the dominant proportion of its natural mortality.”

It is suggested that in order to lower the natural mortality rate of cod to levels that would support recovery, a 70 percent reduction in the southern Gulf seal population - to 31,000 animals - would be required. Given the current productivity, and in absence of fishing, cod could recover at a 0.4 per cent natural mortality rate. Taking these many seals at once would not threaten the overall seal population, whereas doing nothing while the productivities of cod, winter skate (Leucoraja ocellata) and white hake remain at their present levels would mean further detrimental declines and a greater risk of extirpation.

“The problem isn’t just that seal numbers are high, it’s also that cod abundance is low,” Swain says. “I think it’s probably too late for a cull. Natural mortality rates for adult cod should be about 18 per cent, but now they are estimated at 55-65 per cent. The stock can’t sustain this, so it has continued to decline since about 2000.” Spawning stock biomass, which is used to measure the state of a species, was recorded at its lowest level in 69 years in 2018, putting it at four per cent of what it was in the 1980s.

Are all seals to blame?

“Grey seals are considerably larger than harp seals and have much bigger diets,” Swain says. “Grey seals also eat in the area year-round, and about half of these seals’ diet is cod.” The cod biomass was about 36,374 tonnes in 2010, with grey seals consuming 16,315 tonnes of adult cod.

While grey seals are bigger, harp seals are much more abundant. “Harp seals are the most abundant marine mammal in the north Atlantic,” says Dr. Garry Stenson, head of DFO’s marine mammal section. The last population estimate in 2014 put the number at about seven million harp eals.

Despite their huge numbers, DFO scientist John Battery says scientific evidence does not support harp seal populations hindering cod recovery. He says that capelin availability and fishing are the drivers of cod stocks. “There is some conflicting information out there, and I certainly believe it needs to be looked at more, but at the moment we don’t have strong indications that harp seals are having a big impact on cod recovery.”

Not everyone buys into this theory, however. The union representing fish harvesters in Newfoundland and Labrador - Fish, Food and Allied Workers-Unifor (FFAW) - is lobbying government to take action to control the overpopulation of seals in the effort to protect vulnerable cod stocks on the south coast and in the Gulf of St. Lawrence. FFAW president Keith Sullivan is very concerned that this province’s cod stocks will face a similar fate as the southern Gulf stocks. “Our coastal communities have strong ties to the sustainable seal harvest, which continues to make a significant contribution to the economy in rural Newfoundland,” Sullivan states in a June 2019 news release, adding that grey seals are “really doing a number” on cod and efforts to rebuild stocks cannot be taken seriously until the seal population is addressed.

Eldred Woodford, president of the Canadian Sealers Association, hopes the province takes advantage of the seal overpopulation by finding new uses and markets for seal products.

Many in the marine industry feel that the countdown is on to the cod’s extinction in certain Atlantic waters, and culling the seals is the only option. Researchers have studied the numerous factors that may explain the stock’s decline, but only one, predation by grey seals, was determined to be the culprit.

So what can be done to stop the southern Gulf cod stocks from swimming into extinction? “Since fishing mortality has already been reduced to negligible levels, I can think of no other action to reduce the probability of extinction,” says Swain of culling grey seals.

But are we too late to save the cod in these waters? “Nothing is certain,” says Swain, “but this population has declined to such a low level that I think it is very unlikely that its continued decline can be averted.”