A Tale of Two Pearls 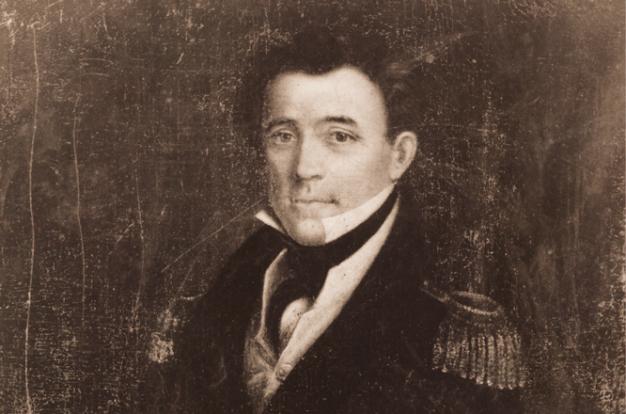 This is said to be a portrait of James Pearl.
Newfoundland and Singapore's surprising connection runs deeper than just British colonialism.

In my travels, I often come across interesting tales from Newfoundland and Labrador. Where I did not expect to learn one was in Korea. I was there in the fall of 2019, representing Heritage NL at a world conference on intangible cultural heritage. While there, I met two colleagues from Singapore: Melody Zaccheus, a journalist with the Straits Times newspaper; and Yeo Kirk Siang, director of the heritage research and assessment division of Singapore's National Heritage Board.

"There are several roads that are named after places in Canada, including Canada Road, Ottawa Road and Montreal Road," Yeo told me. "These are located in the Sembawang area of Singapore, near the naval bases that once housed the British Royal Navy." But what interested me was a different Singapore place name: Pearl (or Pearl's) Hill. 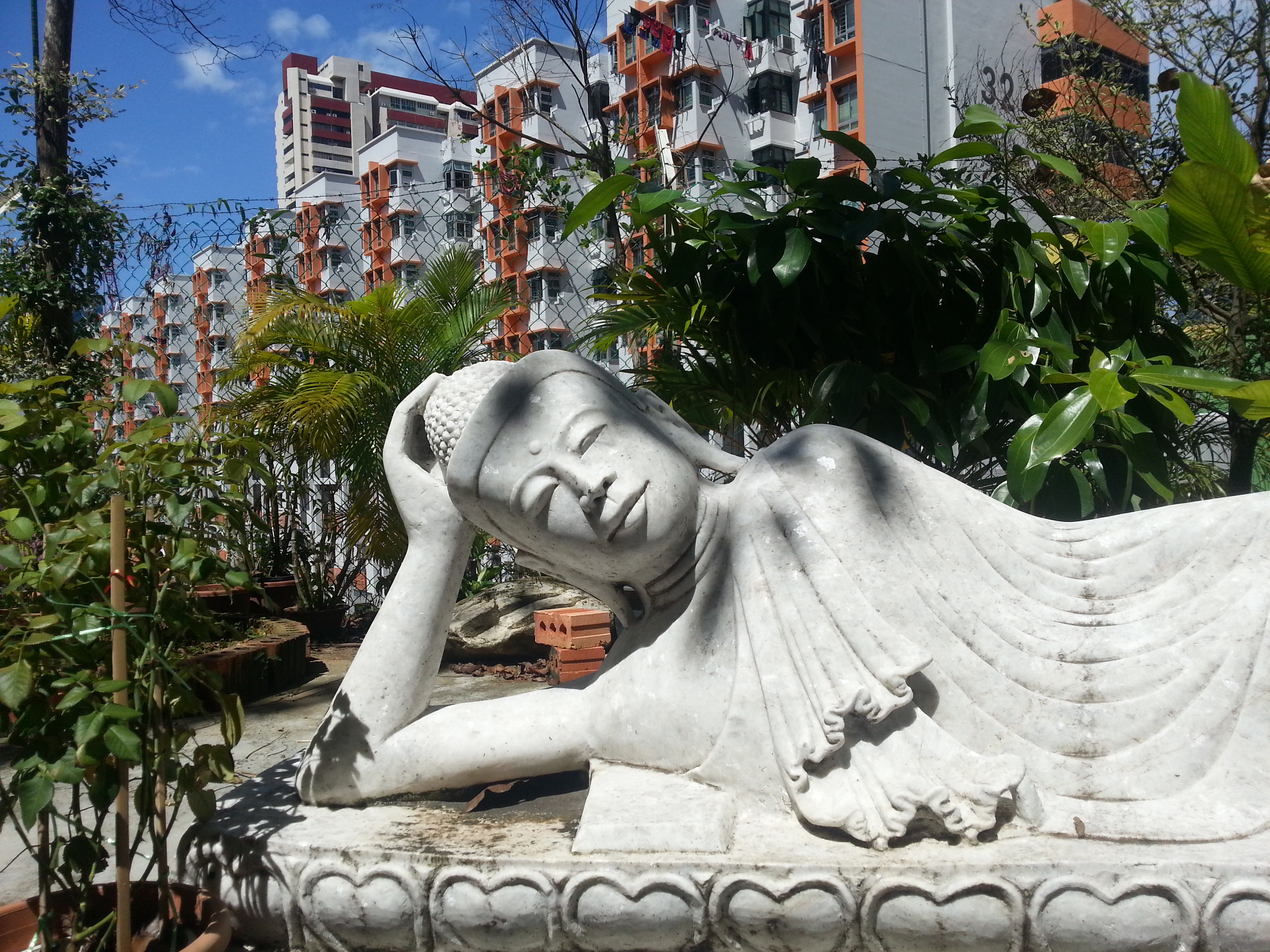 "What we know about the James Pearl in Singapore is that he was a Royal Naval Officer Captain who commanded a merchant ship, Indiana, which brought Sir Stamford Raffles from Penang to Singapore in January 1819," says Yeo.

There is some uncertainty if Singapore's James Pearl is the same man known as a naval hero in Newfoundland and Labrador. The Singaporean records have no mention of his being knighted, nor of him retiring to Canada, while the Newfoundland story has no record of his connection to the settlement of Singapore. In addition, the two places accord him different ranks, captain and commander. But it is the ship Indiana that seems to be the link, suggesting the two James Pearls were one man.

According to Newfoundland researchers Donald Hutchens and Lilla Ross, the Indiana was constructed in Calcutta, India, in 1818. It was made of teak and sheathed in copper, and had a crew of 54. The James Pearl who would eventually settle in Newfoundland had taken a leave of absence from the British Navy andhad sailed to Asia to work as a free trader to pay off his gambling debts. It was there that he purchased the Indiana.

According to Singaporean historians, their James Pearl (also in command of the Indiana) was hired by British statesman Sir Thomas Stamford Bingley Raffles to take him to Singapore. Arriving in Singapore on board the Indiana, Raffles oversaw the transfer of control of the island to the East India Company, effectively making it a British colony. A day later, Raffles left Singapore on board another ship and would not return for several years. 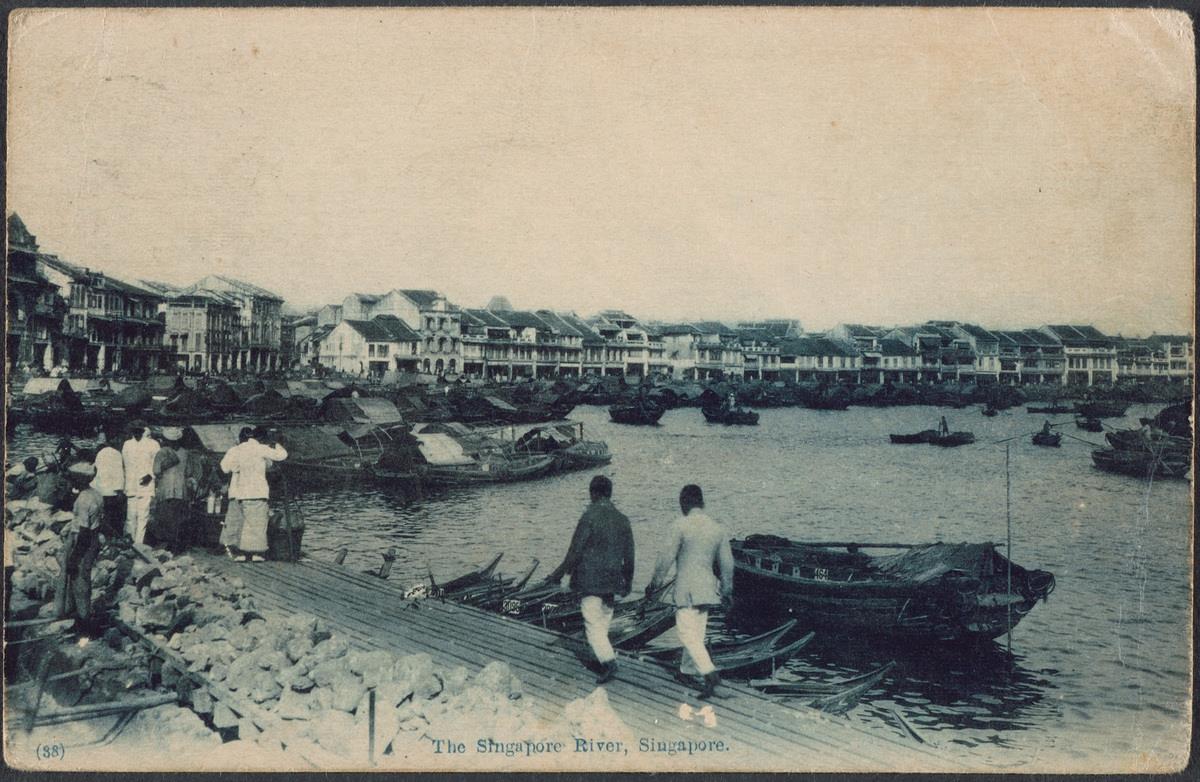 A view of the Singapore River, late 19th century.
Photo courtesy of the National Museum of Singapore/Gift of Ms Ng Chee Sun.

While Raffles was away, James Pearl had a good look about the place. In particular, he liked the look of one of the settlement's two hills. He decided it would be an excellent spot to build a house. Pearl began acquiring plot after plot of land on the hill without the knowledge of Sir Thomas, either from the Chinese planters themselves or from Temenggong Abdul Rahman, a Malay official.

The hill was the location of plantations owned by the Chinese, who used the area to grow gambier (Uncaria gambir). Gambier was a plant used locally for medical products, but also used in the production of "cutch“ - a mixture used by sailors and fishermen (including those in Newfoundland and Labrador) for barking nets and sails.

Always with an eye to making a profit, Pearl had labourers clear the slopes to plant pepper vines instead. Still paying off his debts, in December 1821, he sailed the Indiana to Calcutta, where he loaded up with textiles, spices and 175 chests of opium. Each chest held 40 cakes of opium weighing close to three pounds each.

Sale of opium was legal, for the most part, though the sale was banned in China and it could not be carried by ships of the East India Company. Pearl saw an opportunity as a private trader and sailed off in the direction of Borneo. When he arrived, he found the Dutch had blocked all the ports to outside traders, so he was forced to sail back to Singapore and sell his opium at a loss. James Pearl's only experiment as an opium dealer had been a failure.

Work continued on his hill plantation, however. By May 1822, Pearl owned the entire hill, and he had Chinese and Malay workmen built him a house. In honour of his employer, Pearl named the hill Mount Stamford. But when Raffles returned from Sumatra in October of that year, he was less than pleased.

"Raffles, however, accused him of illegally acquiring the land," writes Zaccheus, in a more recent email to me. "Likely to have been angered as a result, Captain Pearl changed the site's name to Pearl's Hill." This name change was reflected in an 1836 foldout map called "Map of the Town and Environs of Singapore" found by Singaporean map consultant Mok Ly Yng.

Pearl left Singapore around 1826, never to return, and sold the hill to the colonial authorities a few years later. When he retired, he embarked on a new journey, the one better known to us here in Newfoundland and Labrador. Knowing that members of the Royal Navy were typically granted 1,000 acres of British land in thanks for their service, and hearing that Governor Thomas Cochrane was promoting settlement and farming in Newfoundland, Pearl moved to this island.

Here, an oddly similar story played out. Pearl requested 1,000 acres of land from Cochrane; Cochrane was not fond of Pearl and gave him 500, since he himself only owned 685. Pearl, true to fashion, got around this. As the land surveyor was Pearl's brother-in-law, he managed to get 800 acres without the Governor's knowledge, and named the spot "Mount Cochrane" in the Governor's honour. The Governor was displeased with Pearl's scheming, and the two remained on poor terms. When Cochrane's term as Governor was up, he left the island, and James Pearl renamed his estate "Mount Pearl."

The story says something about the character of the man after whom a city is named: two hills, two sketchy land deals, two fights with two different governors, and one ego big enough to name both places after himself. We know parts of his life, but some things are still a mystery.

Sarah Ryan is the museum manager at Admiralty House Communications Museum in Mount Pearl, where part of the story of James Pearl is told. Ryan told me that much of Pearl's life is yet unknown and shared one additional riddle: no one really knows what James Pearl looked like.

Ryan shared with me a copy of a letter dated September 4, 1980, from the National Portrait Gallery in London. The only reference they could find to a James Pearl was a photograph (very dark) of a portrait by an unknown artist of a man "said" to be Admiral James Pearl. The portrait had been offered to the gallery in 1930, but had not been purchased. Its current whereabouts are unknown.

Who was the real James Pearl? Was he a captain, or possibly an admiral? Was there one 19th-century adventurer with his name, or two? This remains the puzzle of the gambler, war hero, land developer, and failed opium dealer James Pearl.

Anyone else find it amusing that Pearl chose to settle his gambling debts by seeking employment with a man named Raffles.